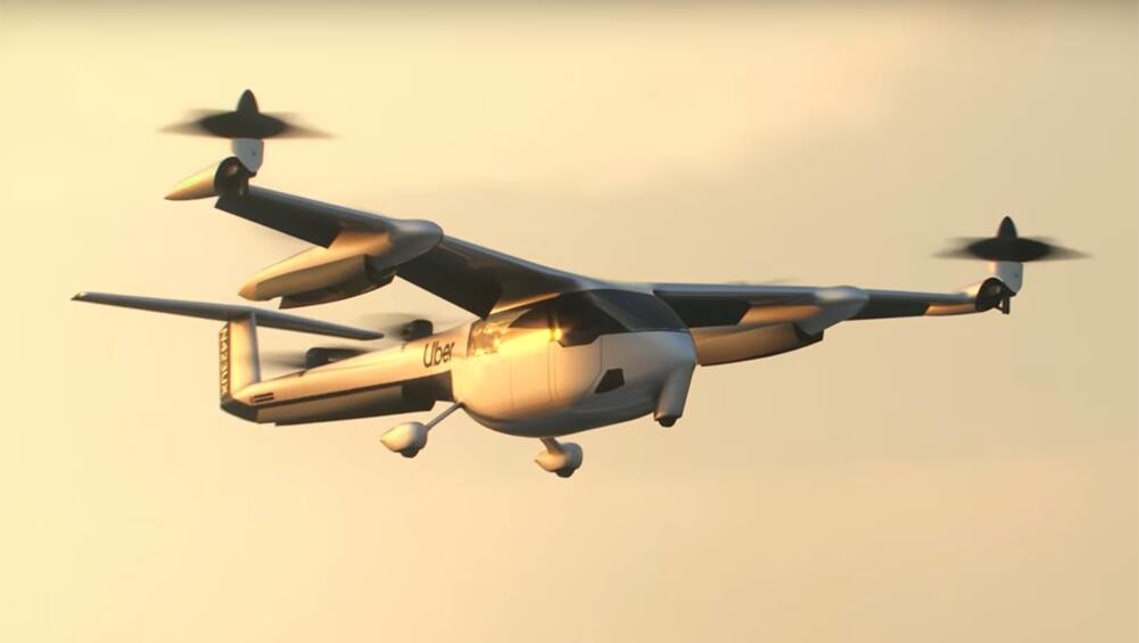 After what feels like a lifetime of unfulfilled promises, the only thing that seems more unlikely than flying cars actually taking off is that they might turn out to be a good idea, and yet a new study has shown they might be better for the environment than boring old ground-bound vehicles.

The imminent arrival of flying cars is something that’s been touted so long it even predates Back to the Future II (1989), and the promises don’t stop coming, with Uber announcing that Melbourne will be the first city outside the US to host trials of its “aerial ride-sharing” service, which will shuttle people from rooftop to rooftop for the price of an UberX. Test flights will, allegedly, begin this year with commercial operations pencilled in to start in 2023.

Just a couple of years ago, Wilko Stark, vice-president of strategy and responsible for future technologies at Mercedes-Benz, explained to CarsGuide that ground-based traffic is fast becoming impossible to improve, and thus the only way forward is up, preferably in his company’s favoured Volocopter, which looks like a human-sized drone and has already conducted test flights in Dubai.

“To make our world safer and more comfortable, we are on the cusp of a revolutionary moment when it comes to mobility, which has the potential for things we can’t even imagine,” Mr Stark said.

“We envision a third dimension, with drones that can fly people for inner-city transport, with a range of 30-50km. It’s a very challenging time, but we really have a chance now to change the future, and embrace the future.”

Plenty of other companies, including Rolls-Royce, Lithium and Vertical Aerospace are also touting VTOL (vertical take-off and landing) vehicles as the solution to all our problems, but one would imagine such vehicles would use huge amounts of power.

Surprisingly, however, a study by the University of Michigan into the environmental impact of flying cars has found they could, in fact, be an even greener option than driving an electric vehicle on the ground.

The university’s Gregory Keoleian told New Scientist magazine that a VTOL would potentially produce six per cent less emissions than an electric car over a 100km journey – and no doubt get you there quicker because it can literally go point to point, or ‘as the crow flies.’

“The VTOL is particularly energy intensive during take-off and descent, the cruise phase of the flight, however, is much more efficient, and over long distances, makes fully loaded VTOLs competitive with ground-based vehicles,” said Mr Keoleian.

You’ll notice, of course, that six per cent is a fairly small difference, and it’s hardly surprising to hear that over shorter distances, of less than 35km, a flying car would use more energy than an electric vehicle, because of all the power required to get them off the ground.

To be fair, though, it seems more likely that flying cars would be used the way executive helicopters are now – for slightly longer journeys, and with a full load of passengers on board and someone qualified in the pilot’s seat.

The idea that we’ll all be allowed to navigate power lines and bird strikes and lightning bolts and storms, and each other, in the skies, still seems a fair way off yet.