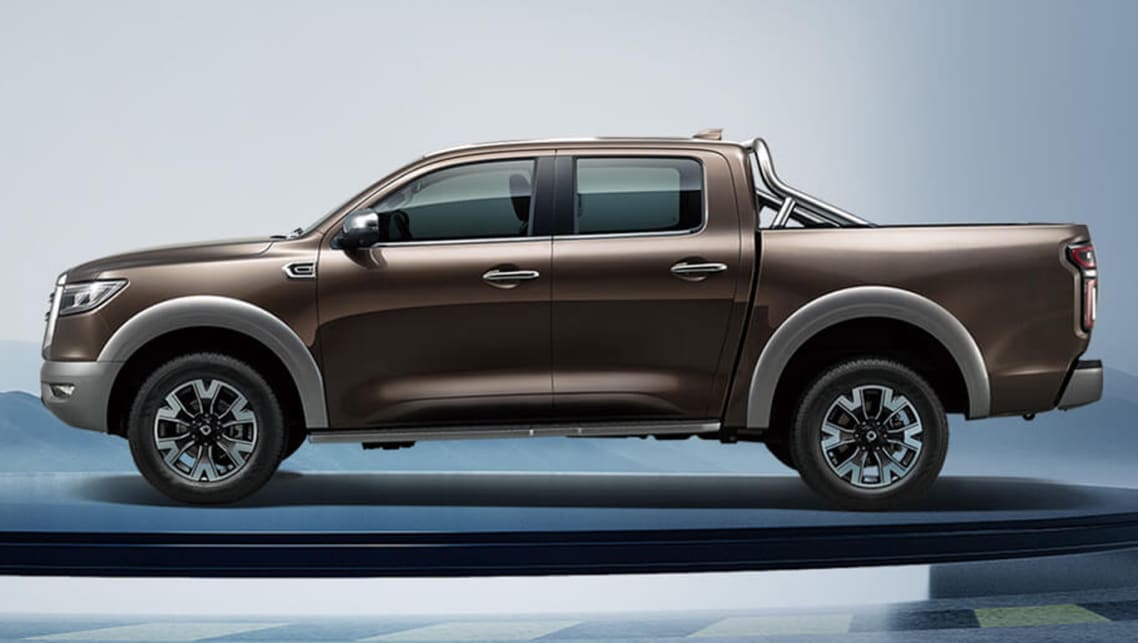 Five reasons you should be excited about the Great Wall Cannon ute: China’s new Toyota HiLux and Ford Ranger rival

Great Wall has confirmed its all-new, completely overhauled and re-branded “P series” ute will launch in Australia late next year.

With the confirmation, and last week’s unveiling in China, we thought we’d summarise a few reasons why this new truck is set to shake up our ute market, as well as a few reasons you should balance optimism with caution.

It’s the future of the Great Wall brand

Great Wall plans to be seen as one of the “world’s top three pick-up brands” with the P series.

Remember when Hyundais were what you bought because they were cheap, and you couldn’t afford a good car? Things accelerated quickly after the brand admitted that it needed to properly benchmark market leaders and turn to Europe for design advice. The Great Wall Cannon seems to be one of the first attempts by a major Chinese brand to pull the same trick.

Sure, Lynk & Co might have beaten them to it with its slick Volvo design, but we won’t see it in right-hand drive until well after 2021.

With the launch of the brand’s new Cannon, Great Wall is open about the fact that it has taken inspiration from the best marques out of Japan and America for branding, styling, and capability. The brand’s site says it will “change people’s perception” of Chinese utes.

Indeed, it plans for its new range of trucks based on its new “P71” ladder-chassis to be not only a premium, market-leading option China, but also catapult Great Wall to the “world’s top three pick-up brands.”

To that end, the Chinese brand has specifically separated its all-new truck range apart from its previous workhorse offerings that it will still sell in the Chinese domestic market.

It aims to be a price-leader

Great Wall says the Cannon will be a “premium” offering, but it will also be capable of having “split personalities” to reach other market segments.

Just because the Cannon will be a significant jump in quality and capability doesn’t necessarily mean it will also take an extreme jump in price. The brand’s local spokesperson, Bill Soo, has told CarsGuide in the past that “it will make a lot of people think ‘why am I paying this amount of money for a ute, when someone like Great Wall can build something to this level of comfort and capability?’”

From that we can assume that you’ll be paying less for a highly specified Great Wall than you will for popular high-spec rivals like the Ranger Wildtrak and HiLux SR5. It’s a strategy that’s been notably employed in the past with the rapid growth of Kia and Hyundai.

It’s been engineered with Australia in mind

When chatting to CarsGuide, Bill Soo also confirmed that in the process of tuning the Cannon’s suspension, the brand’s engineers looked to Australia. He said that since the launch of the H9 the brand has “fed back” information to its head office about getting “the right suspension settings for our market.”

This includes “things like our corrugations, which they are not familiar with.” Mr Soo says that while the Cannon won’t receive an Australian-specific tune like Hyundai’s vehicles, “it’s tuned with Australia in mind.”

It goes further than that, too. Australian consumers using utes for work purposes need a capable vehicle, and that’s made it back to Great Wall’s Chinese HQ.

“The feedback we’ve delivered [to China] is a one-tonne payload and a minimum three-tonne towing capacity,” Mr Soo said of the Cannon’s expected capabilities.

It has been specifically benchmarked against market leaders

Capacities and off-road prowess will apparently be suited to global markets.

At the Cannon’s Chinese launch, the brand specifically called out the Toyota HiLux when it comes to the performance and off-road capability benchmark for the new truck.

For reliability, Great Wall hopes its new truck offering will be seen alongside the HiLux in “God Car” territory in the future, and in terms of off-road performance, the brand has been looking not only to Toyota’s legendary offering, but also the Ford Ranger, according to Mr Soo.

The Cannon is also a bigger truck than the HiLux, pushing its dimensions at every edge by 10mm – 30mm, a similar if not slightly larger overall offering to Ford’s Ranger. In terms of styling we think there’s elements of Nissan Navara, but Mr Soo says that “it’s also consistent with that American big-ute look that’s taking the world by storm.”

It will have impressive tech right out of the box

The Cannon pitches a luxe cabin and impressive safety features.

Great Wall is promising leather trim across the entire interior (although, the plaid-leather look is a bit over-the-top for Australian tastes) and there’s a huge 9.0-inch multimedia touchscreen.

There’s no word on phone connectivity like Android Auto and Apple CarPlay, but there is confirmation of a digital dashboard.

Great Wall also says that the Cannon will have a significant list of active safety items, putting it on-par with the best trucks in the segment. These features are confirmed to include auto emergency braking (AEB), lane keep assist (LKAS) and a 360-degree parking suite.

Also on the Chinese spec list is an eight-speed ZF torque converter transmission, some kind of differential lock, and multilink rear suspension.

But… here’s what you should be wary of

Sure, it all sounds very good with an impressive spec list and some bold promises, but there are still plenty of reasons to approach this new truck with caution.

We know nothing of its “new” diesel engine yet

Obviously to deliver on those payload and performance figures, the Cannon will have to sport a solid new diesel drivetrain for Australia. While a 2.0-litre turbo petrol (140kW/360Nm) has been firmed in for China, that simply won’t fly in Australia.

Great Wall’s local representatives have confirmed that there’s a new diesel mill coming, but there’s no word on specs yet. Hopefully it will punch well above the Steed’s current 2.0-litre diesel which provides a less-than-impressive 110kW/310Nm and refinement to match.

It all looks very good, but it’ll be hard to know how well it’s put together until we actually get our hands on one.

Read any of our Great Wall Steed reviews and it becomes quite apparent that the Chinese giant has a long way to go before it can compete with the HiLux and Ranger on build quality and refinement, let alone power and spec.

It’s nice to see all those safety features get added, but the brand will have had to have done major work under the skin to impress us.

While it promises it’s made developments since the Haval H9 launched, we’d hardly call the H9 a leader for chassis dynamics…

It’s got branding set against it

Great Wall has no badge cred. Plus, it’s made missteps in the past.

This could be the toughest hurdle for Great Wall to pass. Even if this truck is amazingly specified and an honest-to-goodness market leader, there will still be a huge section of the population who would never consider one. Especially with past Steed-related scandals like less-than-impressive safety records and major design flops like asbestos parts.

Still, that hasn’t stopped challenger brands in the past. Only time will tell if the Cannon truly has what it takes to smash consumer opinion. After all, if the price is right, it’s more than likely not-so-fussy commercial buyers will come.