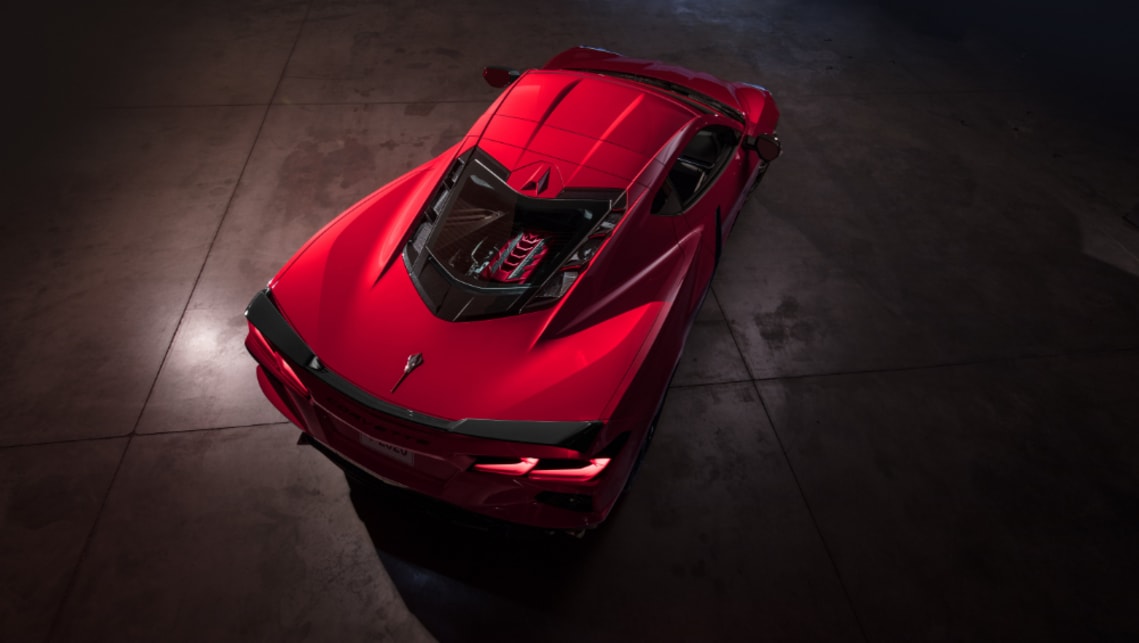 Holden’s incoming Corvette Stingray could get three distinct power levels, with reports out of the USA confirming the blistering base-model cars are just the beginning.

Yesterday reports surfaced – care of US outlet Automobile magazine – that Chevrolet was working on a new twin-turbocharged V8 good for 596kW of power and 950Nm of torque.

As reported here yesterday, the engine in question is most likely to be a version of GM’s ‘Blackwing’ – a 4.2-litre, twin-turbo V8 that currently makes 410kW and 850Nm.

The only problem is that the gap between the new near-600kW car, thought to be the ZR1, and the base-model Corvette, which is powered by a 6.2-litre V8 producing 370kW and 640Nm, is rather sizeable.

The good news, then, is it sounds like Chevrolet is happy to plug that gap, with reports in Muscle Cars & Trucks suggesting the brand is working on a Z06 Corvette that will house a booming, naturally aspirated V8 that will produce around 450kW.

It would mean buyers could opt for the 410kW Corvette, or step up to the 450kW Z06, before topping out with the fire-breathing, 596kW ZR1

These are just rumours for now, of course. But one thing is certain; the Corvette story is far from over.