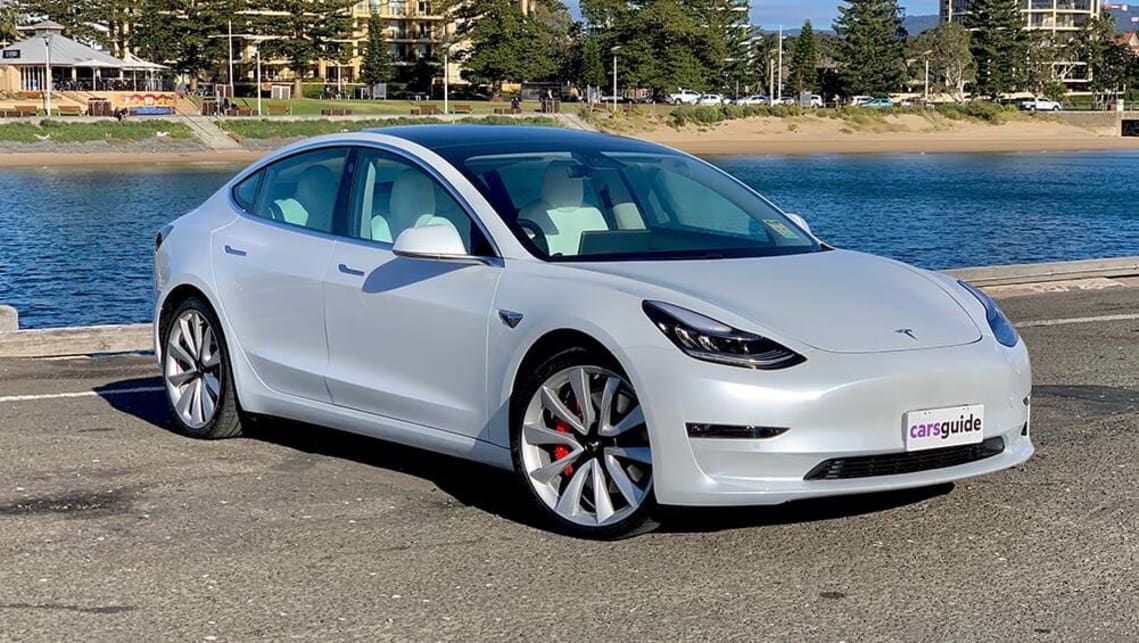 Electric cars are here, but do we care?

There’s a lot of excitement around electric vehicles (EVs) these days as more and more arrive on the scene as diverse as the Tesla Model 3, Porsche Taycan and Hyundai Kona EV.

But EVs continue to make up just a fraction of the new car sales market, and while they are trending upwards from a low base there is still a lot of work to be done for EVs to achieve mainstream appeal.

Look at what we’re actually buying at present and it’s far removed from the EVs on offer.

The best-selling model in the country is the Toyota HiLux ute followed by its rival the Ford Ranger, with the Mitsubishi Triton also making the top 10 sales charts, according to the August new car sales report.

On those grounds it appears the petrol- and diesel-powered cars we buy and enjoy today will stick around for the foreseeable future. So, where does this leave the electric car in the Australian market?

Make no mistake, the electric car era has begun. How long it takes to take root and thrive remains the more pertinent question.

Look at what is happening in Europe – a key indicator of what we can expect in Australia in the coming years.

Mercedes-Benz has unveiled the EQC SUV, EQV van and more recently the EQS luxury sedan. Audi is preparing to launch the e-tron quattro locally with more to follow. Then there’s the impending onslaught of electric Volkswagens led by the ID.3 hatchback.

Plus, you can add EVs from BMW, Mini, Kia, Jaguar, Nissan, Honda, Volvo, Polestar, Renault, Ford, Aston Martin and Rivian that are all either here now or coming soon.

The increased diversity of EVs should play a role in increasing consumer interest. Until now they have been significantly more expensive than a similar-size petrol model or relatively niche, premium options – such as the Tesla range and more recently the Jaguar I-Pace.

If battery-powered vehicles are to take off in Australia then car companies will need to provide the type of cars consumers want.

Arguably the VW ID.3 fits that mould as it will rival the likes of the popular Toyota Corolla, Hyundai i30 and Mazda3 on size – if not price initially. As more electric hatchbacks, SUVs and even utes arrive it should help drive interest and sales.

The federal government released a report in August that predicts the Australian share of EVs will hit eight per cent by 2025, balloon to 27 per cent by 2030, and could hit as much as 50 per cent 2035. That’s 16 years from now, and still leaves 50 per cent of the cars on the road relying on some form of internal combustion engine.

Until recently EVs had only made up a small percentage of the market and largely irrelevant to many consumers, but the new additions should help change that.

Recently the Electric Vehicle Council (EVC) produced a report titled ‘The State of Electric Vehicles’ after a survey of 1939 respondents. That is both a low number to poll but it also must be added that a large number of those were taken from NRMA, RACQ and RACQ members which indicate they are more aware of motoring trends.

Nevertheless, the report did produce some interesting findings, most notably those polled who said they had researched electric vehicles, which rose from 19 per cent in 2017 to 45 per cent in 2019, and those who said they would consider buying an EV hitting 51 per cent.

Scott Nargar, senior manager of future mobility at Hyundai Australia, believes there is a noticeable trend upwards in consumer interest. He admits to being surprised by the number of private buyers purchasing Hyundai’s Kona and Ioniq EVs, having initially projected sales would be led by fleet customers.

“I think there is massive consumer engagement,” Mr Nargar told Carsguide. “The awareness is growing; the engagement is growing. We know the intent to buy is high and getting higher.”

He believes the market is reaching a tipping point, driven by a variety of factors including the increased options, climate change and political landscape.

“People are at the precipice,” Mr Nargar said.

The federal government is the process of finalising its electric vehicle policy, likely releasing it in early 2020.

Ironically, having publicly ridiculed Labor’s EV policy during the election campaign that called for a target of 50 per cent electric sales by 2030, the government’s own report, mentioned previously, indicated that we’re only five years behind that schedule.

While it remains to be seen what the government will do to support the uptake of EVs, the car industry doesn’t expect financial incentives to be a part of the plan.

Instead, the expectation is the car buying public will make the switch to EVs out of preference – be it efficiency, performance, comfort or style. Like any rapidly growing market, EVs will attract more customers eager to try new and different things.

Interestingly, while the government and opposition have argued about EVs but actually offered very little to consumers, Mr Nargar said the public debate during the election campaign led to an increased interest in electric cars; so much so Hyundai has exhausted its local supply of Ioniq and Kona EV.

The other major factor that will help drive more interest in EVs is an expanding public network of charging stations.

Mr Nargar revealed that Hyundai is working with a wide variety of companies including oil companies, supermarkets and charger suppliers to help grow the public charging space. The NRMA has already invested $10 million in a network for its members, and the Queensland government has also invested in an Electric Super Highway – running from Coolangatta to Cairns – with specialist company, Chargefox.

And that is just the beginning. It has gone largely unnoticed, but Gilbarco Veeder-Root, the dominant force in the fuel bowser industry has taken a stake in Tritium; the Queensland-based company that builds EV fast chargers for the world.

Tritium is supplying approximately 50 per cent of the chargers to Ionity, the European network backed by a consortium of carmakers. Partnering with Gilbarco gives Tritium a chance to speak with the majority of service station owners around the country with a view to adding an EV charger or two alongside their petrol and diesel pumps.

Increasingly, supermarkets and shopping centres are also investing in EV chargers, as it makes a convenient time for people to recharge away from home.

According to Mr Nargar the key to this public network driving more EV sales is getting all the various providers to use a single payment method.

“The user experience is key,” he said. “We need a uniform payment method, whether that’s an app or a card, across the infrastructure network.”

If the various parties can work together to create that smoother experience in convenient public spaces, then it could be key to making people care about the new wave of electric cars headed our way.