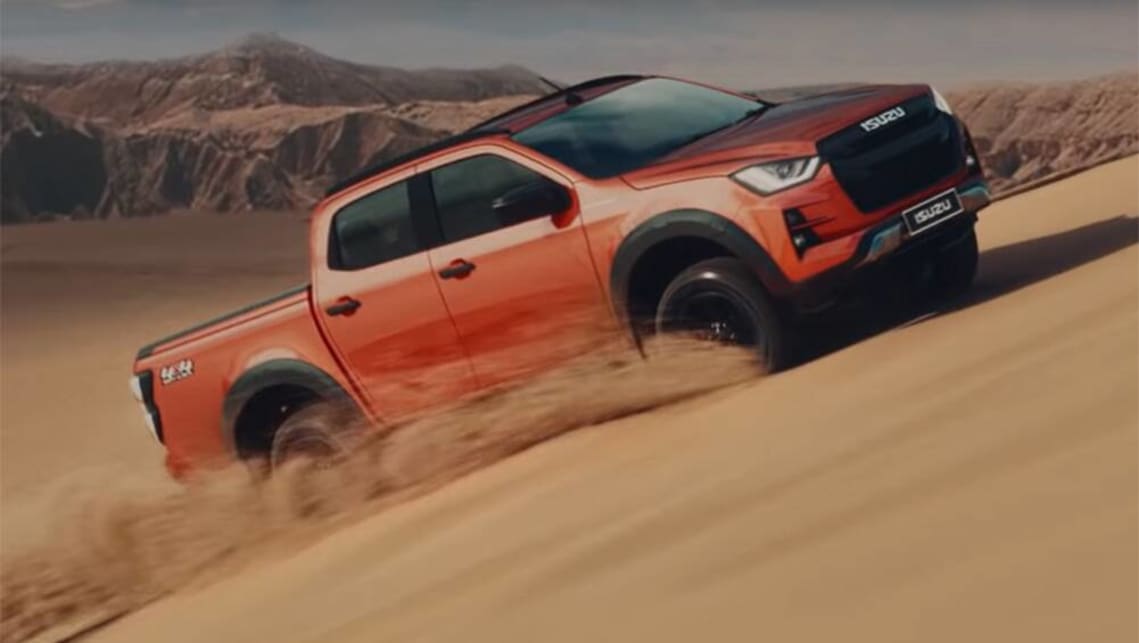 Your next Ford Ranger, Toyota HiLux or any other dual-cab ute will potentially have less ground clearance, may not be compatible with a bullbar or winch, be even harder to park, cost more and do more damage to the environment.

And it’s all down to new crash-test rules and the way carmakers are likely to react to them.

Recent changes to the way vehicles are independently crash-tested in Australia will have a flow-on effect on the designs of vehicles, particularly big, high, heavy ones like dual-cab utes.

Changes to the testing protocols are predicted to make it more difficult for such vehicles to gain the maximum safety-rating, and engineers are working hard to make sure the next generation of dual-cabs achieve the all-important five-star status.

Perhaps the biggest hurdle involved in the changes occurs in the offset frontal crash test.

Where previously, the test vehicle was launched into a deformable barrier with a 40 per cent offset, the corresponding new test now has both the vehicle and the 1400kg barrier itself moving towards each other at 50km/h.

Recent changes to the way vehicles are independently crash-tested in Australia will have a flow-on effect on the designs of vehicles.

And instead of ignoring the post-test condition of the barrier, the degree of deformation to the barrier created by the vehicle now plays an integral part in the test score.

Clearly, for a heavier vehicle, physics dictates that this is more of a problem.

So, what is the dual-cab ute industry doing about it?

The solution at this stage seems to be changes to the frontal structure of the vehicles.

One engineer we talked to told us that load paths are being reassessed and high-strength (higher Boron content, mainly) steel and aluminium components could be used to maintain rigidity (and load paths) while reducing overall vehicle mass.

But that high-strength steel and aluminium construction costs more.

The solution at this stage seems to be changes to the frontal structure of the vehicles. (Image credit: Albert Cao)

But that could mean that mounting the commonly fitted protective hardware might no longer be possible.

“Bullbars and winches do definitely give us a challenge, and they’re usually mounted in front of the crush-can (the deformable part of the structure),” the engineer said.

Another way of making the vehicle less brutal to the barrier is to lower the centre of gravity.

That has the effect of keeping the vehicle square to the barrier during the impact, and the barrier taking the hit across its entire target area, reducing impact hot spots.

To do that, our engineers reckon a lower ride height was the simplest way, but that would have an effect on ground clearance, ramp-over angles, and approach and departure angles.

Yet another engineer suggested that air-suspension that could alter ride height according to the driving environment would be another, albeit expensive, option.

ARB The concept of a wider track would also potentially keep the vehicle more stable in the shunt.

The concept of a wider track would also potentially keep the vehicle more stable in the shunt and, therefore, more head-on to the barrier, but that would make the entire vehicle wider to cover the tyres.

“Perhaps there’s a secret formula of track versus wheelbase when it comes to this test,” an engineer said.

In turn, though, the wider track and body might mean your new 4X4 no longer fits down tighter bush tracks, nor would its wheels necessarily fall naturally into existing ruts, creating wider tracks with more potential for soil erosion and track degradation.

So why don’t ute manufacturers ignore crash-test results and keep building them the way they always have?

It has been considered, and one manufacturer spokesman told us that their company’s engineers had already pondered the concept of a dual-cab ute with a four-star safety rating.

Your next dual-cab ute may not be compatible with a bullbar or winch.

But the thought-bubble was squashed pretty much on the spot as a bad idea.

Because, just like cruise-control and air-conditioning, a five-star safety rating is now considered a given, not a luxury.

Safety considerations also punish vehicles with less than the maximum possible safety rating and any manufacturer trying to sell a vehicle in Australia without five safety stars is asking for sales to stall.

One of the engineers we spoke to lamented that the new barrier test is not as problematic in Europe where dual-cab utes are much less common and where fleet purchasing policies are much less likely to hinge on a five-star safety rating.