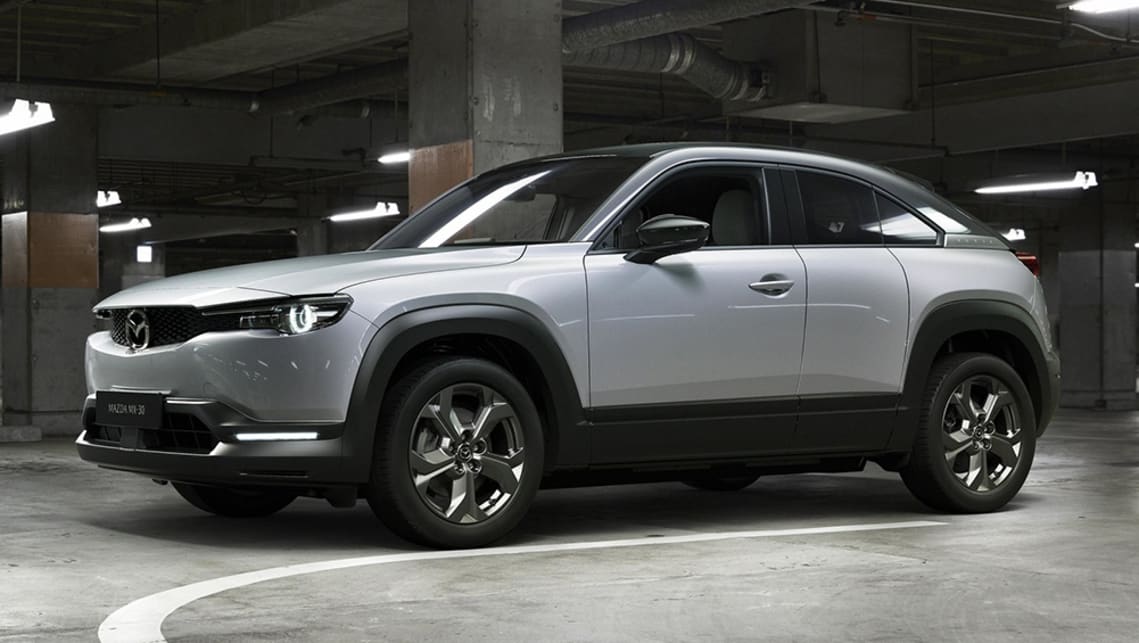 Does the Mazda MX-30 make sense for Australia?

Bringing Mazda’s first ever production-ready full-electric vehicle to Australia may make no sense, but the fact is it’s almost certain to go on sale here anyway.

Globally, Mazda has already said that the all-new MX-30, unveiled at the Tokyo Motor Show last week, will only go to markets where it makes sense as a tool for reducing CO2 emissions.

That means countries where energy comes from renewables rather than fossil fuels,

where governments are providing incentives to buy them and, as a result, countries where EVs are already popular. That’s three strikes for Australia, then, and yet the people at Mazda Australia seem determined to bring the MX-30 to market here anyway.

Officially, of course, the position is only that they’re “looking into it”, but the clear feeling within the company is that this car is too important – as a piece of technology that shows what Mazda can do and as a statement of green intent – not to have in showrooms, even if the business case for selling it is going to be marginal at best.

A recent report by Nielsen, “Caught in the Slow Lane”, found that Australians remain confused by EVs and wracked by range anxiety. The study found that 77 per cent of Australians also felt that the lack of public charging points was a major deterrent.

We asked Mazda Australia managing director Vinesh Bhindi whether there was any point in bringing the MX-30 to such a small and immature market.

“We’re working hard to explore that; it really comes down to the reaction of the public (to the MX-30), the idea of it, people reading about it, and us getting feedback from the media, and also whether people come into dealers asking about it,” he explained.

Mr Bhindi also admitted that Australia’s lack of infrastructure and government incentives make it a “challenging market” for anyone trying to sell EVs.

“And then there’s the mindset of the consumer, who’s saying, ‘well, how does an electric car fit into my lifestyle?’ And yet I think there is a slow but definite shift in Australia in the way people are thinking about it,” he added.

The MX-30 concept shown last week is powered by a single 103kW/264Nm electric motor turning the front axle, while a 35.5kWh battery enables a maximum driving range of around 300km.

One vital point of difference the MX-30 offers, based on our preview trial of a pre-production model in Norway recently, is that it doesn’t drive like other electric vehicles.

Typically, an EV offers so much regenerative braking that you can almost drive it with one pedal – step off the throttle and the motor does so much of the stopping for you, instantly, that you barely need to touch the brake pedal.

Mazda says its “human-centric approach” to driving enjoyment meant it had to take a different path, and as a result the MX-30 is far more like a traditional car to drive because the regen sensation is minimal, meaning you have to use the brake pedal as you normally would.

“We appreciate that there are various merits coming from one-pedal driving, but we are still sticking to the traditional feel, the two-pedal-type driving,” Mr Hirose told us in Tokyo.

“The second reason is that when a car is braking, the driver’s body tends to move forward, so if you are just using one pedal you slide forward. However, by pressing down on the brake pedal the driver is stabilising his body, which is better. So, I think it’s useful to have the two-pedal approach.”

Having an EV that’s better, or at least more familiar to drive might be an advantage for Mazda, of course, but locally the company will still face the problem of getting consumers to consider driving one at all.

For now, though, the immediate challenge would seem to be getting Mazda in Japan to agree that Australia is a market it’s worth building MX-30s for.