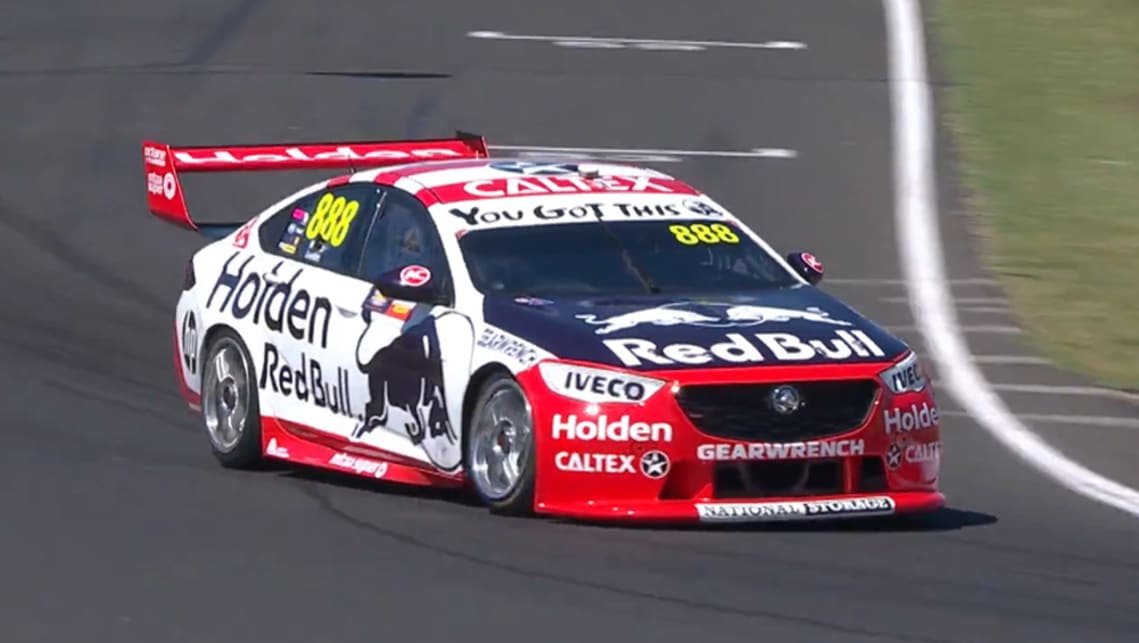 Does the Bathurst 1000 still matter?

Win on Sunday, sell on Monday.

It’s the foundation on which the Bathurst 1000 was built on. For generations families declared themselves either ‘Holden people’ or ‘Ford people’ and it drove their buying habits. For decades the Holdens including the Monaro, Torana and then the Commodore, as well as Ford Falcons, sold in large part because of the success they had at Mt Panorama.

But times have changed – a lot.

The Falcon is dead, the Commodore bears little resemblance to what came before it and the top-selling vehicles are now utes and small hatchbacks. And yet Holden and Ford still turn up at Bathurst every October to duke it out for supremacy, spending a lot of money in the process.

So, what’s the point? Does winning a car race, even one as famous as the Bathurst 1000, still help in the dealership come Monday morning?

According to Ford spokesman Damion Smy, the answer is a resounding ‘yes’ – just not the way you think. The traditional link between racetrack success and sales numbers was more direct – if a Falcon won, it would often lead to more Falcon sales. These days a Mustang victory may instead help Ford close more deals on Rangers or Everests.

According to Mr Smy, on-track success rubs off on the entire brand.

“Thousands of people didn’t buy (Ford Falcon GT-HO) Phase III because Allan Moffat won Bathurst, but a lot of people went and bought Falcons,” he said. “And the same is true today, it has a halo effect on the whole brand.

“The rub off for the primary brand is really strong. They may not drive a Mustang but they’ll drive a Ranger Raptor. It’s not a literal, Mustang wins so they buy a Mustang. But it’s about the overall effect and the way we engage with our customers.”

That can be seen on the sales charts, Mustang sales are down 27.1 per cent year-to-date in September, but in many ways that is to be expected because it’s a sports car, and sales of those typical trend downwards over a lifecycle.

More importantly for Ford, sales of the Ranger, especially the 4×4 variants such as the Wildtrak and Raptor, remain steady (only down 0.2 per cent amid a market downturn). It’s Ford’s best-selling model, ahead of the mechanically related Everest SUV, while the Mustang is the Blue Oval’s highest-selling passenger vehicle.

Motor racing is also a big part of Ford Australia’s efforts to build the Ford Performance brand, which covers not only the Mustang and Ranger Raptor, but the Fiesta ST and Focus ST. This week saw the launch of the supercharged Mustang R-Spec, which Bathurst legend Dick Johnson will pilot around the track this weekend.

Mr Smy explained that racing is a crucial way to build a relationship with its most enthusiastic customers, and to underline its passionate products.

But that’s something that hasn’t always been the case. Amid the end of local manufacturing, Ford cut all of its official ties with Supercars racing for the 2015 season.

It’s decision to return in an official capacity with the Mustang was tied to the introduction of Ford Performance, but Mr Smy maintains the passion for racing never diminished inside the Blue Oval HQ.

“That was a period of great transition for Ford in Australia and we wound back on a lot of sponsorships… We couldn’t be repatriating staff and reducing our footprint in Australia and be publicly spending money on activities like racing and other sponsorships,” he said. “We had to wind back and re-evaluate.”

In contrast, Holden never waived in its support of Supercars racing, despite its difficult transition from manufacturer to fully imported brand.

In fact, Holden committed early, in August 2016, to stay involved in racing with the new-generation Commodore because it understood the importance Bathurst has had on shaping the brand and its customers.

“It is important,” a Holden spokesperson said. “We’re celebrating 50 years of Holden’s involvement at Bathurst and in motorsport in Australia generally.

“To be frank, there aren’t many other events where Holden can be so deeply involved in the fabric of the sport. This isn’t just slapping a sticker on something.”

It also helped show the brand was committed to the Australian market in a period of great uncertainty, even if it hasn’t helped the Commodore in the showroom.

Sales of the German-made mid-size sedan and wagon continue to decline since its glory days assales to the end of September are down a huge 36.4 per cent.

“The concept of win on Sunday, sell on Monday is no longer valid,” the spokesperson said. “However, motorsport is a very rich part of Holden’s heritage and its brand identity.

“Our current research indicates motorsport is an extremely valid way to put our brand and our full product range towards an audience that is predisposed to buying cars.”

Competing in Supercars allows Holden to not only promote the Commodore, but also a variety of other models via marketing activations at the event and the racing cars themselves.

This year Holden has used the prominent windscreen branding to promote the Acadia SUV, Commodore’s all-wheel-drive capability and its new brand campaign ‘You Got This’ – demonstrating that racing isn’t just about pushing the Commodore.

What both brands agree on is Supercars racing allows them access to a passionate, loyal and informed audience that ultimately helps drives sales, which is why they’ll both be fighting hard at Mt Panorama today and, expectedly, for years to come.