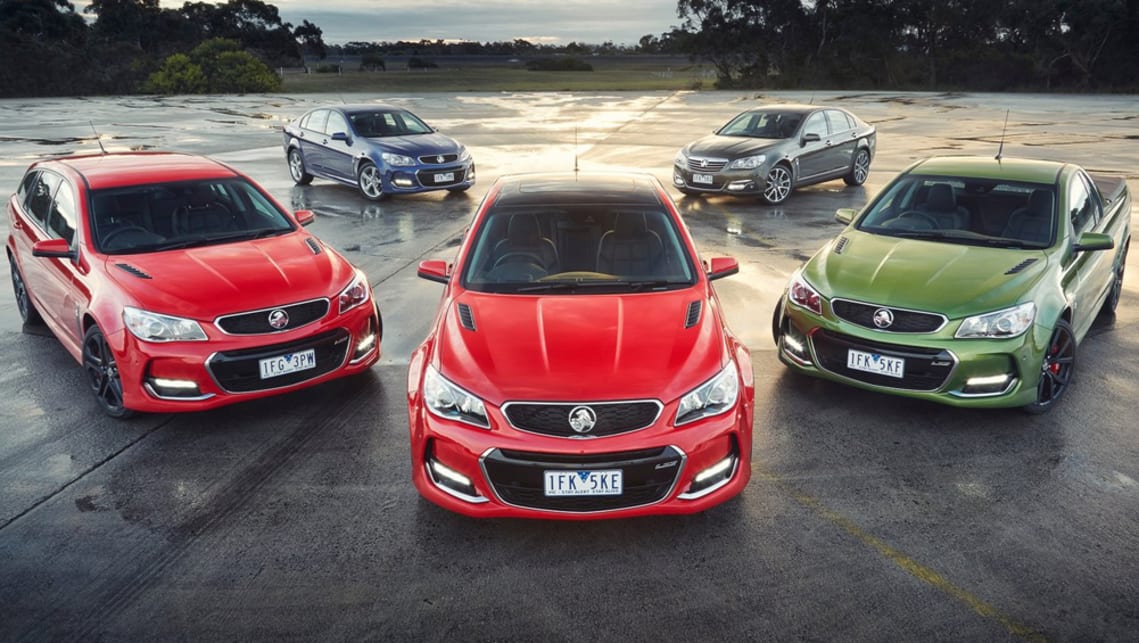 Does Holden need the Commodore?

Holden has made the decision to discontinue the storied Commodore nameplate after more than 40 years in existence to focus on SUVs and utes, but was this the right move to make?

In the latest sales figures to the end of November 2019, the Commodore has amassed 5417 new registrations this year, making it the second best-selling model in Holden’s stable behind the Colorado ute (16,106 combined 4×4 and 4×2 sales).

The brand has also decided to axe its Astra hatchback after discontinuing both sedan and wagon body styles earlier this year, which combined have notched 4047 sales this year for fifth place on Holden’s stable behind the third-placed Equinox (4448) and Trax (4252) SUVs.

Combined, the Commodore and Astra represent 9464 units out of Holden’s year-to-date total of 39,969 sales, or nearly 24 per cent of volume.

A potential cut of quarter of its sales is a big hit, but – if industry sales figures remain steady – would drop Holden only a single place from 10th to 11th, swapping places with Subaru.

To put that into perspective, without the Commodore and Astra, Holden would still outsell the likes of Jeep, Jaguar, Land Rover, Peugeot, Porsche and Renault combined.

Of course, it is hard to predict where Holden will sit by the end of 2020, but the Commodore and Astra will continue to be sold until stock runs dry.

Even if its sales slump continues and Holden drops out of the top 12 brands, it will still be moving significant – if nowhere near the market-leading – volume.

So, the discontinuation of the Commodore and Astra doesn’t exactly rock the automotive landscape.

If anything, without the Commodore and Astra might even make Holden stronger as it focuses on presumably more profitable models sourced from its parent company General Motors.

Rhetoric could turn away from the fact that the Commodore is no longer built in Australia, to actually showcasing that Holden has some genuinely good product, such as the Acadia and Colorado.

All of this doesn’t even mention the fact that Holden still maintains the Lang Lang proving ground, and a GM design studio that can develop and build concepts from scratch.

The official line from Holden is that it will now focus on its SUV and light-commercial lines, all of which have huge potential for growth in a high-riding crossover dominant market.

Holden’s interim chairman and managing director Kristian Aquilina said at the time of the Commodore’s demise that the brand is simply evolving with the times.

“Holden is taking this decisive action to ensure a sharp focus on the largest and most buoyant market segments,” he said.

“So far this year the SUVs and utes have increased to 76 per cent of Holden sales, a trend we only see continuing.

“The decision to retire the Commodore nameplate has not been taken lightly by those who understand and acknowledge its proud heritage.

“The large sedan was the cornerstone of Australian and New Zealand roads for decades. But now with more choice than ever before, customers are displaying a strong preference for the high driving position, functionality and versatility of SUVs and utes.”

From a sales perspective, Holden might be not be rocked by the discontinuation of Commodore and Astra, but it is nonetheless sad to see an iconic nameplate be resigned to the history books.