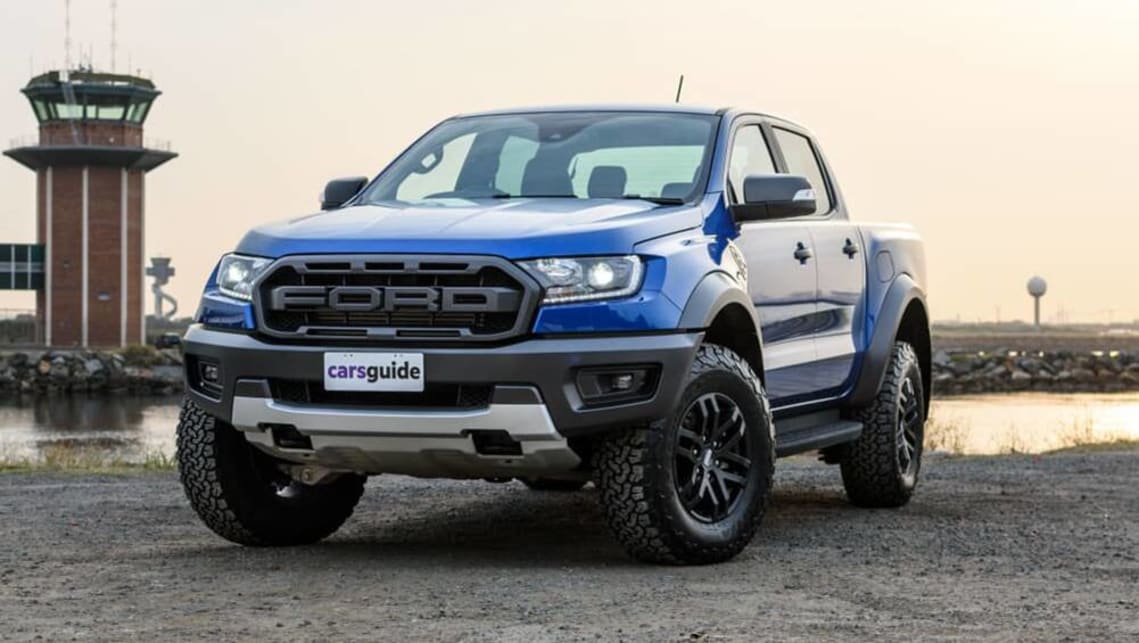 Does Ford even need a V8 Ranger Raptor?

There’s no doubt that squeezing a Mustang V8 in a performance dual-cab ute will please enthusiasts, but finding a market for an even-more-expensive Ranger Raptor might be a struggle.

It made big waves in the car community when it was suggested that Ford is readying the Ranger Raptor to accept a Coyote V8, which would certainly give the high-riding pick-up the extra grunt that many believe it needs.

The current Raptor uses a 2.0-litre twin-turbo diesel engine that delivers 157kW and 500Nm, putting it well behind V6-powered rivals like the Volkswagen Amarok Ultimate 580 and Mercedes-Benz X-Class 350d in terms of output.

In fact, many Australians have claimed that the Raptor’s outputs are simply too weak, which is a reasonable suggestion, but perhaps just as many complain that its $76,290 plus on-road costs pricetag is too big an ask for most ute customers.

Considering the costs of development, a Mustang V8-powered Raptor would likely be priced well above $100,000.

Jamming in the 339kW/556Nm 5.0-litre petrol V8 from the Mustang GT will certainly dispel the grunt issue, but considering development and production costs, it will likely blow out the Raptor’s pricetag well-and-truly above $100,000.

CarsGuide has spoken to Tickford, Herrod Performance and Premcar – the three engineering houses most likely to develop the vehicle, however, all three have denied any involvement.

Assuming that the project is going ahead, one particular engineer said that it would have to be priced around the $140,000 mark to cover the costs of such a small-volume endeavour.

Ford Australia has yet to officially confirm, nor deny, that it is working on the project, but has always been adamant that the current Ranger Raptor configuration serves its purpose.

With a 2.0-litre twin-turbo diesel and a ten-speed automatic transmission, the Raptor is no animal, but its significant suspension upgrades and muscular exterior has cemented its appeal, with Ford having no problems selling units.

The current Ford Ranger Raptor is exclusively powered by a 2.0-litre twin-turbo diesel engine matched with a ten-speed auto.

Knows as the Navara N-Trek Warrior, it delivers 140kW/450Nm from its 2.3-litre twin-turbo diesel engine, which is not far off the Raptor’s figures, yet it comes in significantly less expensive at $65,490 driveaway in automatic guise.

It has recently been speculated that Ford is developing a baby Raptor, after information surfaced that the brand trademarked the name “FX4 Max” with the Australian Intellectual Property Office.

If the rumours are true, Ford will likely attempt to bridge the gap in its dual-cab line-up and position the FX4 Max just beneath its Raptor flagship.

With Ford’s expansive Ranger line-up that starts at $28,340 for the base variant and tops out at $76,290 for the Raptor, the brand has just about every corner of the market covered.

Whether or not there is room for an even higher-spec variant – one that may almost double the current Raptor’s pricetag – remains to be seen.