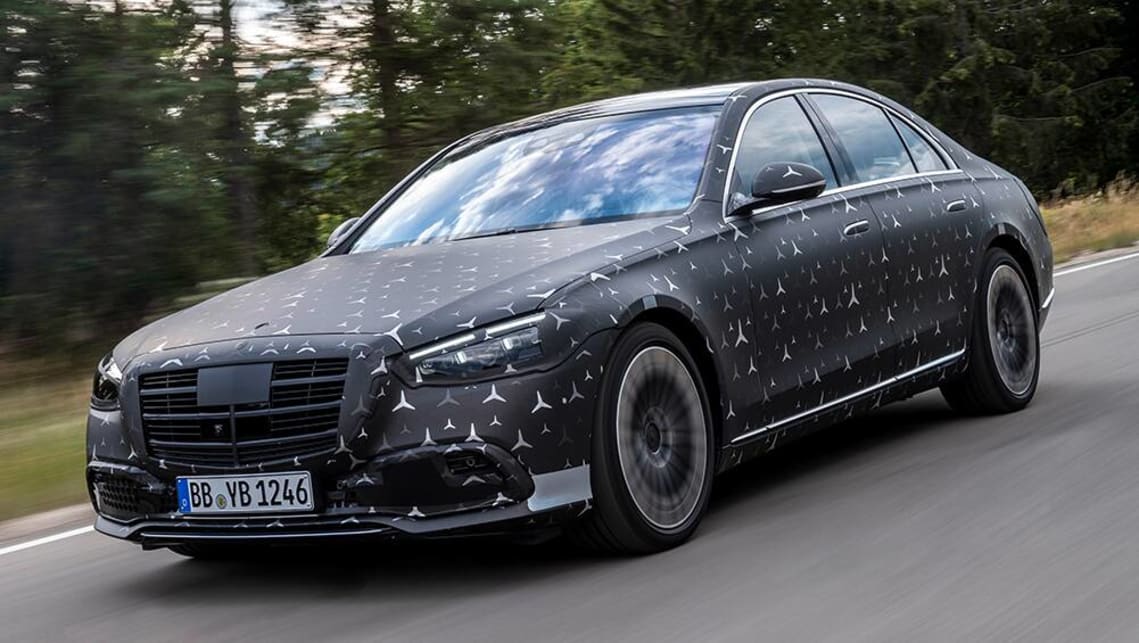 Could the new Mercedes-Benz S-Class 2021 be the safest production car ever?

Armed with innovative airbags and crash-ready suspension, the new-generation Mercedes-Benz S-Class upper-large sedan might just be the safest series-production vehicle yet.

While the S-Class adopts a centre airbag to reduce head clashes between drivers and front passengers during side impacts, it’s a safety technology that’s been done before, albeit just recently.

What are more innovative, though, are the rear front airbags for the outboard seats in the S-Class, which join their rear side and curtain counterparts to provide second-row occupants with even more protection in an accident.

Even illuminated seatbelt buckles are on hand, so it’s no surprise Mercedes-Benz claims “the S-Class sets new standards for rear-seat occupant safety”.

Of course, the S-Class has even more innovation in store, with Pre-Safe Impulse Side using its E-Active Body Control hydraulic air suspension to raise its body by up to 80mm within a few tenths of a second prior to a side impact, which can be detected via radar sensors.

The S-Class can raise its body by up to 80mm within a few tenths of a second prior to a side impact.

This action “reduces the loads on the door structures, as the door sill can absorb more of the load thanks to its higher position. As a result, deformation of the passenger cell and the loads acting on the occupants can be reduced,” according to Mercedes-Benz.

The S-Class will also get rear-axle steering for the first time, with its version turning the front and rear wheels in the opposite direction when travelling at 60km/h or less, but in the same orientation when going faster. This helps to reduce its turning circle by up to two metres.

As reported, the new BMW 7 Series rival is set to be revealed in September, with Australian deliveries likely to start next year.