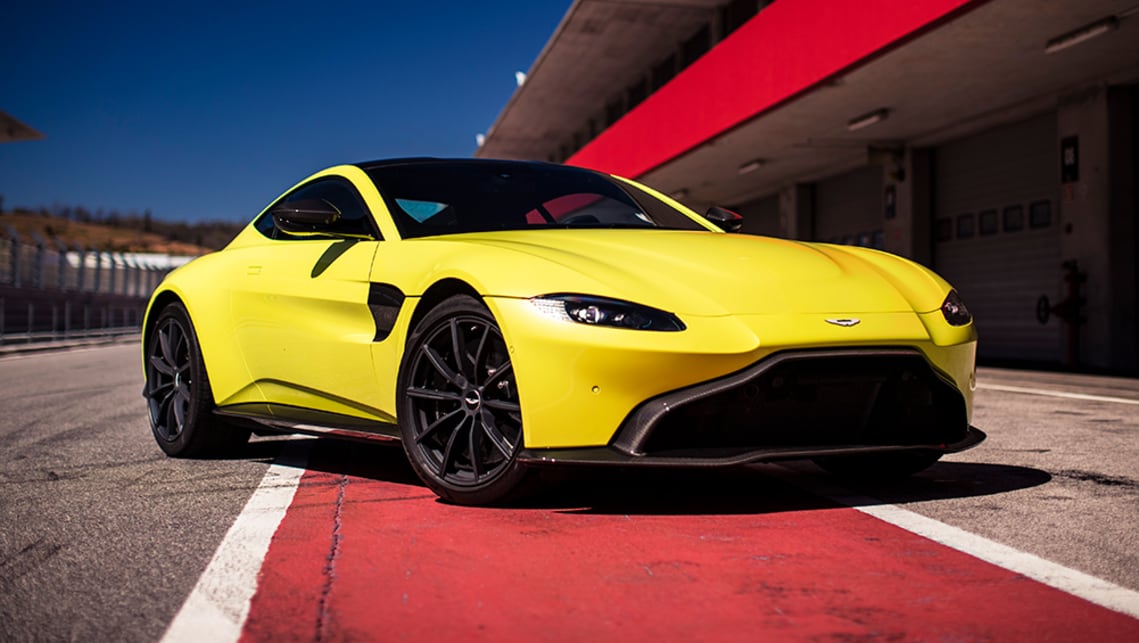 Events this week surrounding Aston Martin’s leadership change (AMG’s Tobias Moers has replaced Andy Palmer as CEO) are designed to turn the beleaguered British brand’s fortunes around. But are they also designed to make Aston Martin a more appealing proposition to Mercedes-Benz for a possible future buy-out?

The two companies have been linked since 2013, when Aston Martin gave the German giant Daimler a five per cent non-voting stake in the British firm as part of its arrangement to use AMG-built engines, transmissions and electrical systems for the current Vantage and DB11.

This puts Mercedes’ parent company in the box seat to take advantage of the current low value of Aston Martin, assuming it can see light at the end of the tunnel.

Why is Aston Martin in trouble?

While the coronavirus pandemic has hit the car industry hard, especially in Europe, the harsh reality is Aston Martin was in trouble long before the global health emergency. The brand’s sales were down more than 20 per cent in 2019, with the still relatively new Vantage and DB11 failing to resonate with the sports-car clientele.

The poor sales had an unsurprisingly negative impact on the company’s share price, with Mr Palmer floating the brand in 2018. Since that time the share price has dropped by as much as 90 per cent at times. Without a larger parent company to help bail it out in the lean times, the brand was in considerable financial trouble by the end of 2019.

Enter Canadian billionaire Lawrence Stroll to try and save the brand once again. He led a consortium that invested £182 million ($A304m) for a 25 per cent stake in the company, and he assumed the role of executive chairman and immediately began making changes to the way the business was run.

Who is Lawrence Stroll?

Those unfamiliar with the corporate world of fashion and Formula One will likely be unfamiliar with Mr Stroll’s name. The 60-year-old has amassed a fortune of more than $2 billion by investing in some of the world’s most famous fashion labels in need of assistance. He and his business partner helped turn Tommy Hilfiger and Michael Kors into global brands and got rich in the process.

Mr Stroll is a die-hard car fan, owning several high-profile Ferraris, including a 250 GTO and LaFerrari, as well as the Mont-Tremblant racing circuit in Canada. This love of fast cars led to his son, Lance, becoming a F1 driver with Williams, and eventually the senior Stroll bought the struggling Force India F1 team, renaming it Racing Point and installing his son as driver.

With his takeover of Aston Martin, he has announced plans to turn Racing Point into the British brand’s factory F1 outfit to compete against Ferrari and Mercedes-AMG on track. This should provide a suitable global platform to help begin rebuilding Aston Martin’s image and its value.

Mr Stroll has also convinced current Mercedes-AMG F1 CEO Toto Wolff to join his consortium, and he took a 4.8 per cent stake in Aston Martin, leading to rumours he will leave the German squad to head up the Aston Martin F1 project.

Mr Stroll is clearly a man of ambition and has a track record (pardon the pun) of turning under-performing brands around.

While Mr Palmer’s tenure is ending on a low point, his good work rebuilding the brand can’t be overlooked. During his time, he oversaw the launch of the latest Vantage and DB11 as well as the DBS SuperLeggera. He also set in motion the brand’s “Second Century Plan” that will see the introduction of its first-ever SUV – the DBX – as well as a new range of mid-engine supercars. The pinnacle of this new mid-engine family will be the Valkyrie, the car shaped by F1 design legend Adrian Newey as part of Aston Martin’s partnership with the Red Bull Racing F1 outfit.

Mr Moers will now be responsible for not only seeing through the introduction of the DBX and mid-engine sports cars, but also turning around the sales of the Vantage and DB11 while also making the company more profitable.

This is precisely why he was hired by Mr Stroll, because that’s what he did at AMG – expanded the range, streamlined the production and made the business more profitable – as Mr Stroll explained in the announcement of Mr Moers’ hiring.

“I am delighted to welcome Tobias to Aston Martin Lagonda,” Mr Stroll said. “He is an exceptionally talented automotive professional and a proven business leader with a strong track record during his many years at Daimler AG, with whom we have a longstanding and successful technical and commercial partnership, which we look forward to continuing.

“Throughout his career, he has delivered product expansion, strengthened brand positioning and improved profitability. He is the right leader for Aston Martin Lagonda as we implement our strategy for the business to achieve its full potential. Our ambition for the company is significant, clear and only matched by our determination to succeed.”

The key phrase in that quote is about Mr Stroll’s desire of “continuing” the partnership with Daimler. Under Mr Palmer’s watch, Aston Martin has begun working on an all-new V6 turbocharged engine and hybrid powertrain that was meant to replace the AMG-sourced engines in future models, giving the brand independence.

Which raises the question does Mr Stroll want to strengthen the ties to Daimler in the hope the German automotive giant will buy in – thus giving him a return on his investment, and adding another car brand to the Daimler family?

Aston Martin would fit nicely above AMG, allowing the brand to speak to an even wealthier group of customers than even Mercedes manages at present. It would also, in theory, allow for better economies-of-scale with high-performance engines and platforms for future AMG models.

It’s worth noting that during Mercedes’ own press release announcing Mr Moers’ replacement at AMG, Daimler chairman Ola Källenius was complimentary of his work and publicly bore no ill-will over the departure of such a successful company leader.

“Tobias Moers has led the AMG brand to great success, and we would like to thank him warmly for all his achievements at Daimler,” he said in the statement. “We have mixed emotions about his departure. On the one hand, we are losing a top executive, but at the same time we know that his expertise will be of great value to Aston Martin, a company with which we have a longstanding and successful partnership.”

What chance that partnership expands in the coming years? It seems highly likely that the appointment of Mr Moers is a move by Mr Stroll to bring Daimler closer, because it’s the most likely buyer for Aston Martin in the future. Watch this space…