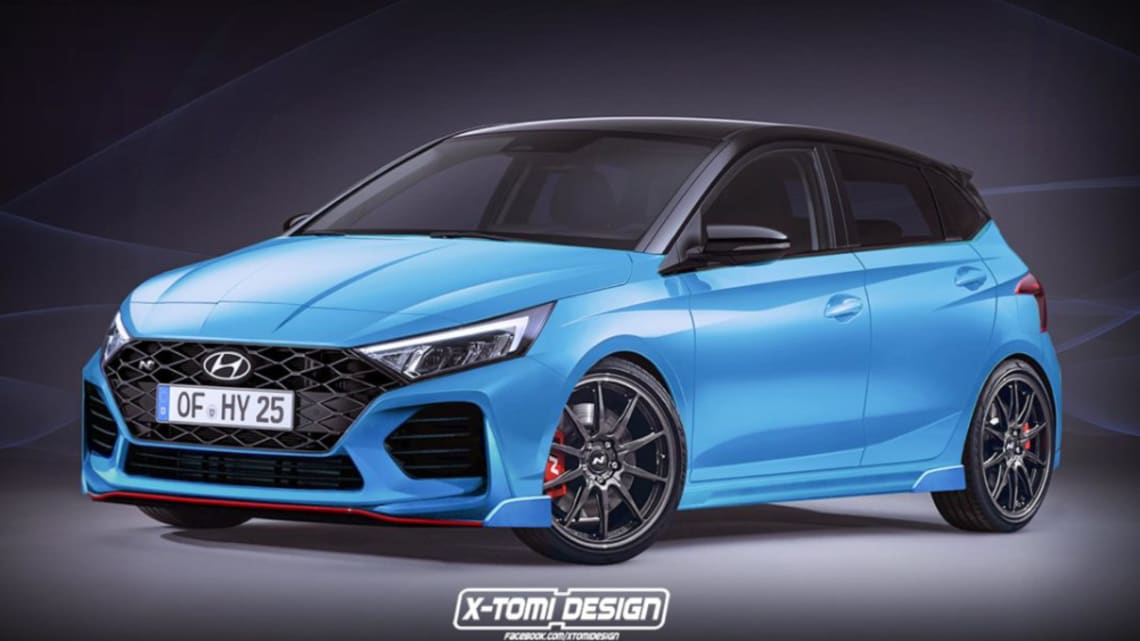 CONFIRMED: Hyundai i20 N coming to Australia to take on the GR Yaris and Fiesta ST as brand’s performance future revs up

Hyundai’s pint-sized performance hero has been confirmed for Australia, with the i20 N set to touch down in the first half of 2020.

The N-stamped city car will be a unique proposition for Hyundai, given the brand has decided against offering its mainstream counterpart – the i20 – in our market.

But that hasn’t dampened enthusiasm for the go-fast version, with Hyundai promising the i20 N will see its performance range “become more accessible than ever”

While details remain thin on the ground for now, the i20 N is expected to make use of a 1.6-litre engine – borrowed from the Veloster Turbo – which produces some 150kW and 265Nm, and with could be paired with a seven-speed dual-clutch automatic transmission or six-speed manual gearbox driving the front wheels.

“(Next year we) will see our high-performance N range become more accessible than ever. We’re excited to confirm for the first time that the all-new 120 N will be available in Australia,” says Hyundai Australia product planner, Jonathan Lam.

And that’s just the beginning of the good news for Hyundai’s performance family, with the brand also confirming the face-lifted i30 N would at last introduce a new eight-speed wet clutch DCT automatic in 2021.

“This will be complemented by the face-lifted 130 N,” Lam says. “This car will be the first of many fully fledged N models that will receive Hyundai group’s new high-performance, eight-speed wet dual-clutch transmission, allowing our N brand to appeal to a much broader range of customers than ever before.”

Finally, an as yet unnamed N-stamped SUV (thought one widely tipped, as previously reported in CarsGuide, to be the Kona N) would also launch, making Hyundai the “first non-premium brand to launch a high-performance SUV”.

While Hyundai in Australia won’t be drawn on naming the model, the brand’s international R&D chief, Albert Biermann, largely confirmed the model to CarsGuide at the Frankfurt Motor Show.

“Next is a smaller car. You can call it i20-sized, just a little bit smaller than what we have now,” Mr Biermann told CarsGuide.

Quizzed further on whether the SUV-based N car would be bigger than the i30, the brand’s performance boss confirmed the new car would be the same size as Hyundai’s current performance hatch.

“I didn’t say larger, I said you’ll sit higher than the car we have now,” he said. “I can’t disclose more than that, but that should be enough for you.”

While slightly shorter than the i30, the Kona is built on the same platform as the brand’s top-selling hatch, making it the obvious candidate for a performance overhaul.