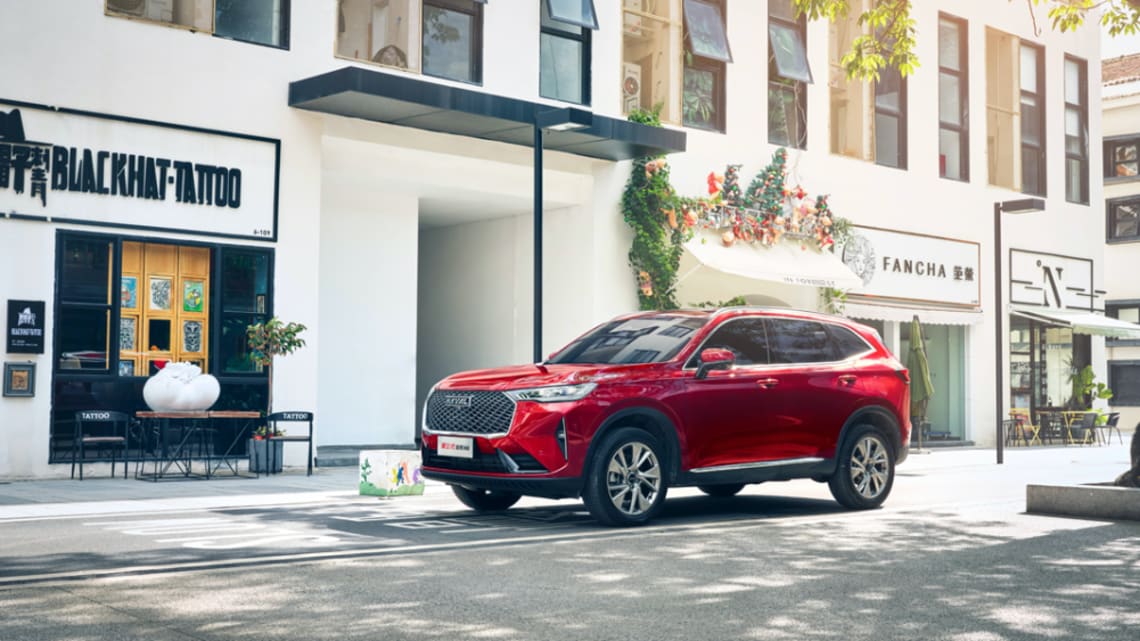 China’s answer to the top-selling Toyota RAV4 or Mazda CX-5 has been revealed, with the all-new Haval H6 breaking cover at the Chengdu International Auto Show.

The vehicle is an all-new take on the Haval H6 – the Chinese brand’s mid-size SUV that, in its soon-to-be-replaced form, has been making in-roads on the Australian sales charts.

Some 395 examples of the current H6 have found homes in Australia so far this year, up more than 75 per cent on the brand’s year-to-date total in 2019.

This H6 is the third-generation of the brand’s mid-size SUV, and while details remain thin on the ground for now, we can see that the new model debuts a new look, and some clever new tech.

For one, Haval is promising the new model will include a 5G connected architecture, and will be setup for over-the-air updates.

It will also include a BMW-style reversing-memory function (where, if you drive into a tricky, tight space that you’re too nervous to reverse out of, the vehicle will remember the way you got it in and back out for you), as well as AEB that will recognise cars and pedestrians, and a slick premium-looking interior.

Under the skin, there’s major updates to the engine and chassis, as well to the seven-speed automatic, and what the brand is calling an “autopilot chip” that pairs with 14 cameras and six radars to provide L2 autonomous functions.

The Haval H6 starts at a touch under $25k in China, with Australian prices and specifics yet to be confirmed.