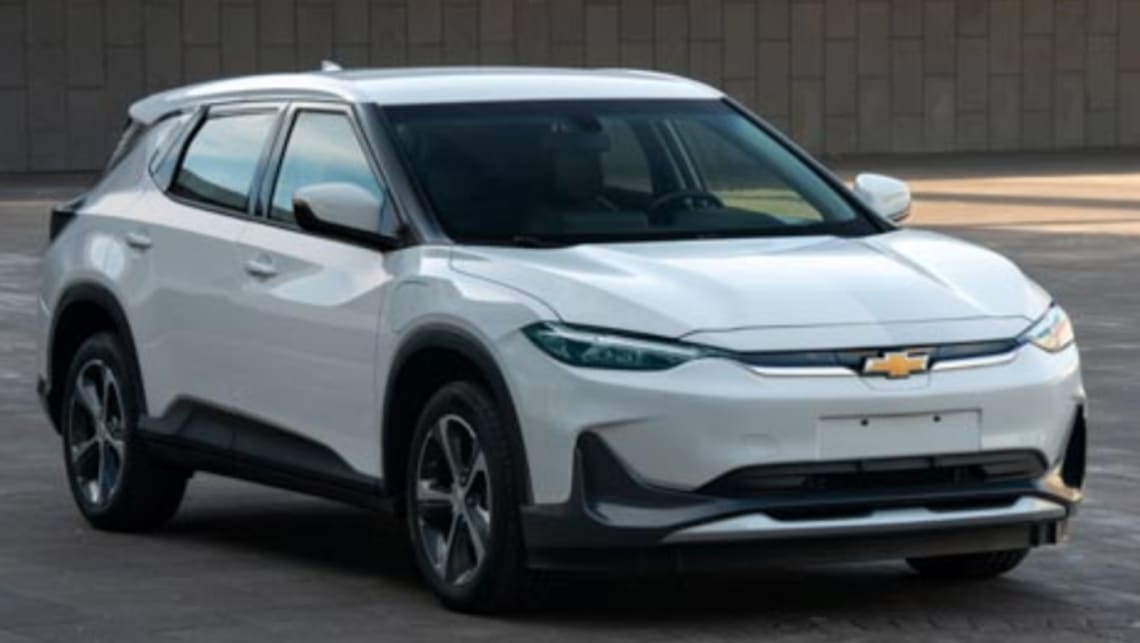 Chevrolet unveils Menlo electric SUV for the Chinese market – a preview into the future of Holden EVs?

Pictures have shown up online of a new fully electric Chevrolet SUV set to be unveiled at China’s Chengdu motor show in September.

The seemingly Chinese-market exclusive electric SUV, dubbed the Menlo, is a mid-sizer, being both longer and wider than the Nissan Qashqai which sits at the top end of the small SUV bracket in Australia.

The Menlo has been developed in China as part of General Motors’ tie up with SAIC Motor (the parent company of LDV and MG) and comes at a time of heated EV competition in China with the launch of Hyundai’s electrified Kona (known in China as the Encino).

Could the Menlo preview a new design direction for GM SUVs?

Range for the Chevy has not yet been revealed, but other outlets have speculated it will be close to the 300km range available on the also-China-market Buick Velite 6 with which it reportedly shares a platform. Max power has been touted at around 130kW.

Other features previewed by the images include a panoramic sunroof, keyless entry, blind-spot monitoring, and some sort of forward-facing camera array (possibly for AEB). We expect to know a bit more about it when it is fully unveiled in September.

The Menlo seems to ship with a healthy set of spec items.

Although seemingly a good fit for Holden, with its size placing it between the Trax and Equinox, as well as plugging an EV-sized hole in its line-up, Holden wouldn’t comment “on future product” when contacted.

GM’s Australian arm has seen little electric vehicle activity since the discontinuation of the Holden Volt in April 2015. This is despite its parent company’s promise to launch 20 vehicles with electrified powertrains by 2023.

While the Menlo seems destined to remain in China for now, Holden’s next opportunity for an EV could come in the form of the Chevrolet Bolt hatchback. The small car with 400km range is touted to be made in both right- and left-hand drive when it launches around 2022.