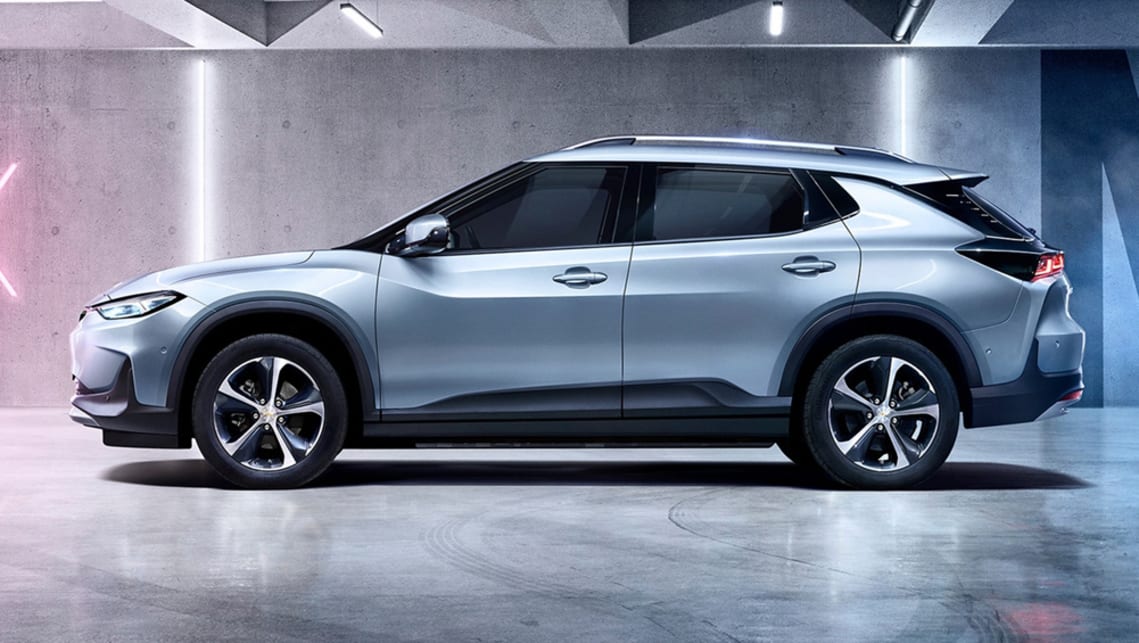 Chevrolet will launch its first all-electric vehicle in the Chinese market with the Menlo, a stylish SUV designed to capitalise on the tastes of the world’s largest automotive country.

Designed exclusively for China, the Menlo is described as a “sporty-looking sedan” by Chevrolet’s official press release, but photos show a high-riding SUV profile with prominent black-plastic cladding along the underside.

Exact details are yet to be disclosed, but the brand claims the Menlo will travel 410 kilometres before needing a recharge, when tested on the older New European Driving Cycle (NEDC).

Compared to rivals in the segment, the Menlo stacks up favourable against the Mazda MX-30 concept, but comes up short against the Hyundai Kona Electric, with the former and latter boasting 300km and 450km of driving range respectively (both tested on the newer WLTP standards).

The interior is also yet to be shown, but will sport a new-generation MyLink multimedia system with features including voice recognition, virtual cay key and remote-control functionality.

The Menlo will make its full debut at the Auto Guangzhou 2019 motor show at the end of the month, while its Chinese-market launch is earmarked for the first half of next year.