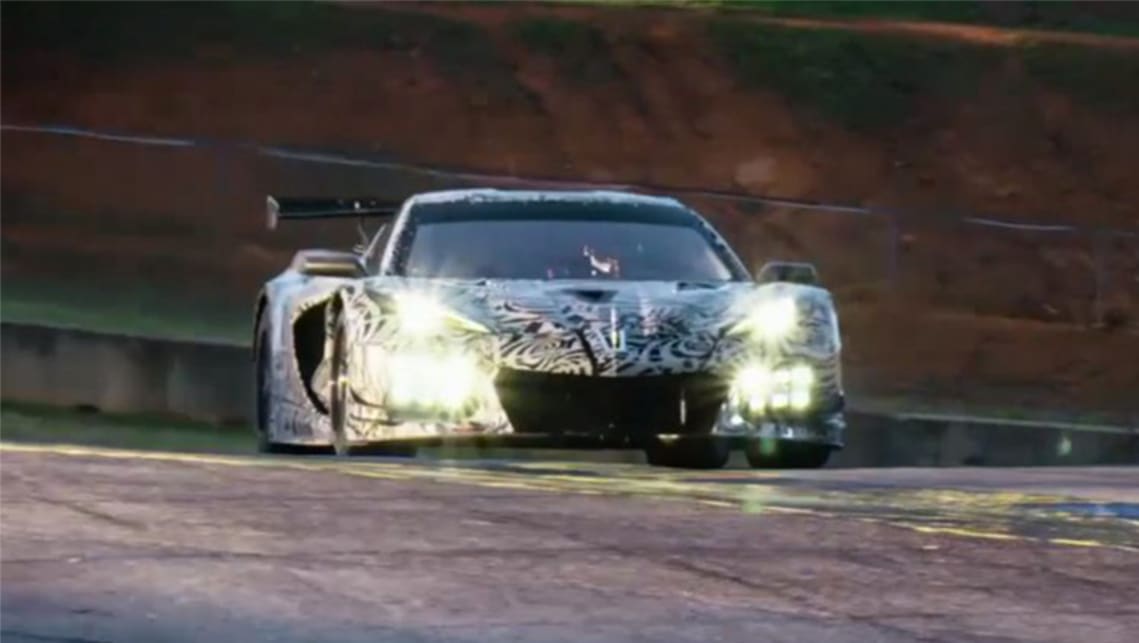 Chevrolet is reportedly ready to give the new Corvette C8 a major power upgrade.

The company promised more was to come, and while officially they are keeping quiet that hasn’t stopped rumours and speculation about what we can expect next. Naturally the most prominent chatter surrounds the next generation Z06 and ZR1, the high performance variants of the Corvette.

According to a report in Automobile magazine, the Z06 is in line to get a new twin-turbocharged V8 that should boast a whopping 596kW of power (that’s 800-horsepower in the old money) and 950Nm of torque. To put that in context the current Z06 already packs a 485kW/880Nm punch from its front-mounted supercharged 6.2-litre V8, which is hardly meek.

The engine is question is likely to be based on the Cadillac ‘Blackwing’, a 4.2-litre twin-turbo V8 that makes 410kW and 850Nm in the luxury brand’s CT6-V sports sedan. While Cadillac has previously dismissed the notion that the Corvette would get the Blackwing, it seems the most logical choice, as it not only provides scope for more performance than currently offered by Caddy, but is also built at the Corvette factory in Bowling Green, Kentucky. The Automobile report suggests Chevrolet will simply rename the more potent version of the engine to fit its purposes and not make a liar out of the Cadillac boss; LT7 is tipped as the most likely moniker.

For those not familiar with the Corvette range, the Z06 is the equivalent of the Porsche 911 GT3, a track-focused offering for enthusiasts. Because of this it’s possible that the Z06 could introduce a manual transmission to the C8 (with the Stingray only available with a new seven-speed dual-clutch automatic) in order to cater to the purists; a strong audience in the US market.

While Chevrolet has invested heavily in creating the new dual-clutch ‘box the Cadillac CT6-V runs a 10-speed automatic paired to its V8, which could also be an option for the new Z06.

Other upgrades to the Z06 will likely include a more aggressive aerodynamic package, bigger brakes and better tyres.

Expect it to debut sometime in 2020, when we’ll find out how accurate these early reports are, before going on sale in the US sometime late in the year. It’s unclear this far out if Australians will also get the Z06, but given our love of high performance sports cars it seems like a logical choice for Holden to add it to the stable when it becomes available.

Of course, the Z06 isn’t the top of the Corvette performance pyramid. That honour belongs to what is currently known as the ZR1, a track-tuned monster that should be able to hold its own against Europe’s finest supercars.

The out-going C7 ZR1 features a supercharged V8 good for 563kW/970Nm, so if the Z06 gets the expected power boost Chevrolet will need something special for its ultimate Corvette. That is expected to come in the form of a hybrid powertrain that will push the ZR1 to more than 740kW (1000hp) and could even add all-wheel drive to the mix for better traction.

The ZR1 – which could also be renamed Zora in tribute to engineer Zora Arkus-Duntov the so-called ‘father of the Corvette’ – isn’t expected to arrive until 2021 at the earliest. The current generation C7 ZR1 debuted more than three years after the Stingray arrived.

Chevrolet has also already started testing the Corvette C8 GTE racing car (pictured) for next year’s Le Mans 24-hour endurance race where it will compete against the likes of the Porsche 911 RSR and Ferrari 488 GTE.