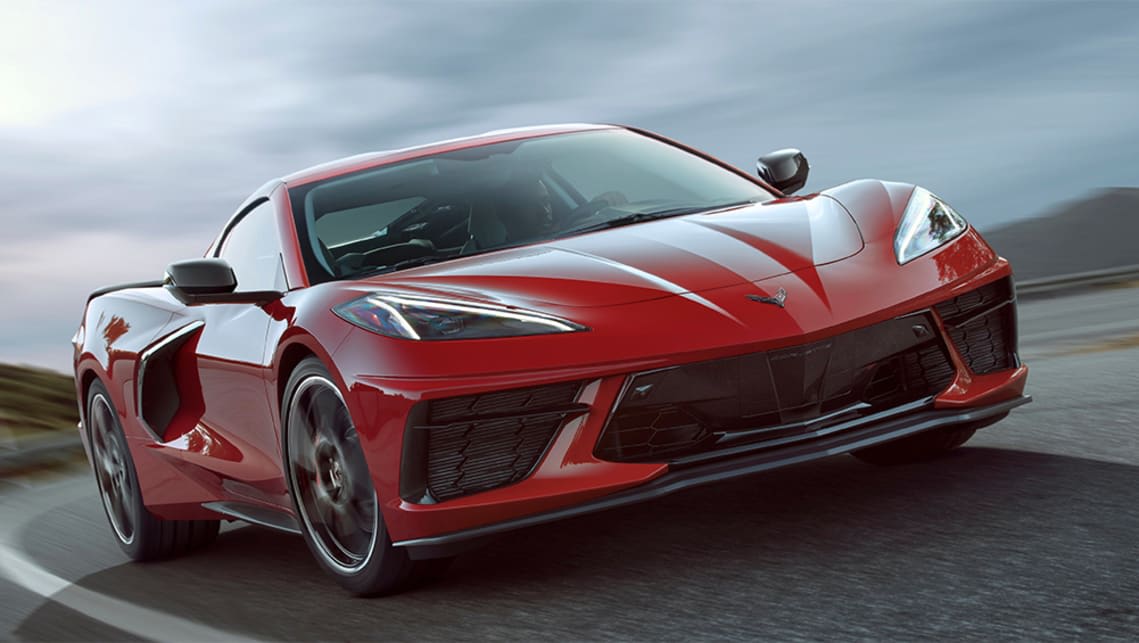 Chevrolet is reportedly preparing a 671kW petrol-electric hybrid powertrain with all-wheel drive for the ZR1 flagship of its new mid-engined C8 Corvette, which will launch in entry-level Stingray form in Australia via Holden showrooms as early as late next year.

According to Motor Trend, the ZR1 will add at least one electric motor to the C8.R racecar-based twin-turbo flat-plane-crank dual-overhead-cam (DOHC) V8 that it previously reported is destined for the Corvette’s also-yet-to-be-revealed mid-range ZR1 grade.

Citing “exclusive confirmation from a senior official at GM”, Motor Trend says the ZR1 will use a performance-orientated hybrid system “to fill in torque gaps” in the ZR1’s bent eight.

While an electric motor is likely to be mounted between the Corvette’s engine and transmission, Motor Trend suggests the Stingray’s small frunk could also be eaten up by a pair of front electric motors in the ZR1.

Such a set-up would give the Corvette AWD for the first time, while active torque vectoring would take place on the front axle, complementing the rear end’s electronically controlled limited-slip differential all in the pursuit of optimal traction and handling.

Despite the addition of an electric motor or three, the ZR1’s battery is likely to be on the smaller side to limit weight added to Corvette. As such, its pure-electric driving range is expected to be either short or non-existent, much like the Ferrari LaFerrari hypercar.

For reference, the C8.R’s V8 displaces 5.5 litres, but it is currently unknown how large the Z06 and ZR1’s version will be, with previous rumours suggesting it could be as small as 4.2 litres.

Chevrolet claims the Stingray coupe has a 0-97km/h (60mph) sprint time of “under three seconds”, suggesting the Z06 and ZR1 will serve up monster straight-line performance.