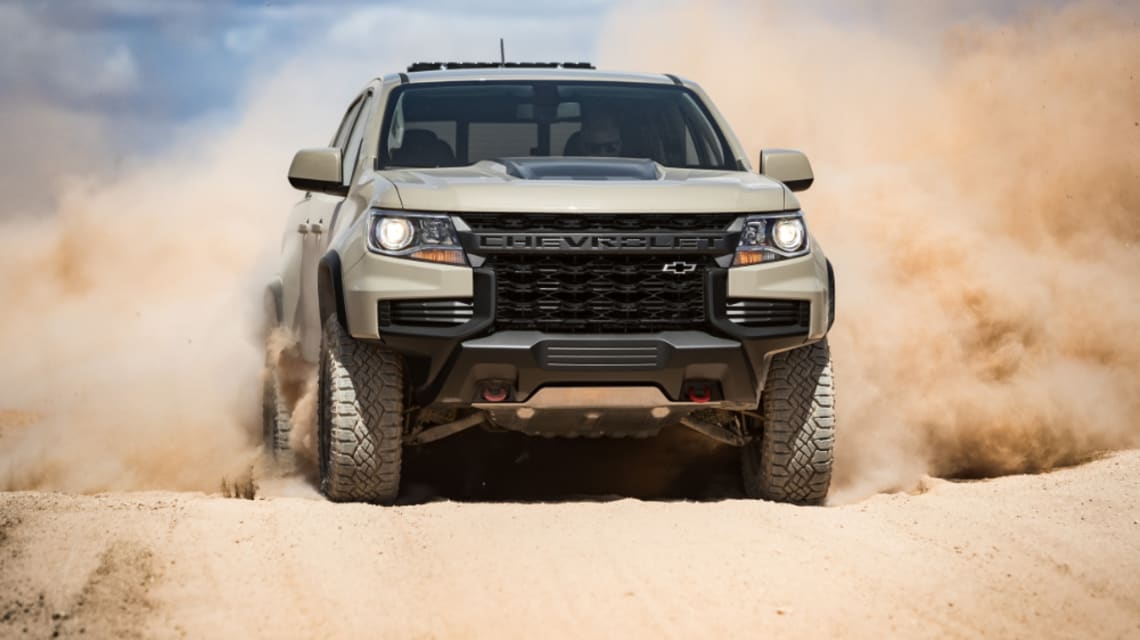 Chevrolet has pulled the covers off its new Colorado ZR2, with the 2021 version of its Raptor rival to be unveiled in the metal at the Sema Show in October.

But before you get too excited, it’s worth pointing out that the US-spec Colorado isn’t the same as our Asia-delivered model, though the two look plenty similar.

Well, they’re different for now, at least. A global Colorado model is expected to be unveiled in 2023, and that is expected to share a platform across all markets.

For now, though, the 2021 ZR2 has been revealed in the USA ahead of the rest of the Colorado range (also due an update), which is pencilled in for an October 10 unveiling.

But first is this, the ZR2 tough truck. Leading the charge for the new model year are new paint colours, new logos and new mechanical tech.

The ZR2 (along with the WT, LT and Z71 models) get new-look lower facias, a new tailgate and updated front skid plates, while the ZR2 gets a model-exclusive front fascia design intended to make it look “even more aggressive”.

The ZR2 gets a more aggressive appearance thanks to a new-look lower facias.

“With its new-look front end and tailgate, Colorado will now have a more aggressive appearance to match its award-winning capability.”

It also gets a two-inch suspension lift and a wider track to give it a tough truck stance.

Under the bonnet you’ll find a 3.6-litre V6 petrol engine good for 230kW and 373Nm, paired with an eight-speed automatic gearbox, or a 2.8-litre diesel unit generating 135kW and 500Nm that matches with a six-speed auto.