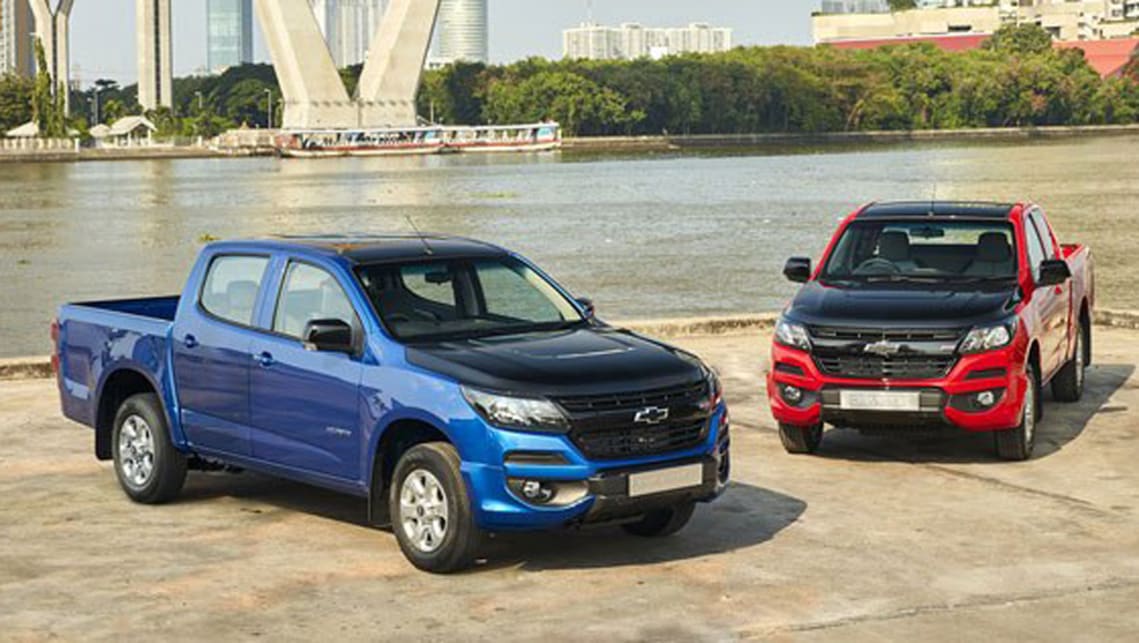 Chevrolet has revealed a new “street racing-inspired” version of its Colorado ute in Thailand, dubbed the RS.

However, the Thai-market exclusive ute will not make its way to Australia wearing a Holden badge, according to a brand spokesperson, despite sharing the same underpinnings as the local-market Colorado.

“With the RS, we wanted to give customers a unique platform to express their personal style,” he said. “With its low stance and rebellious styling, Colorado RS is ready to do double duty as both a highly capable work truck and lifestyle vehicle.

“Personal expression is an important part of pick-up truck culture, both in Thailand and in America.

“The Colorado RS is a tribute to truck customers who want to go their own way. RS provides the perfect platform for customers to add their own personal stamp on Chevrolet’s signature styling.

“Colorado RS reflects the bold American spirit that has made Chevrolet a favourite brand for generations of truck customers around the world.”

Propelling the Colorado RS is a 2.5-litre turbo-diesel four-cylinder engine producing 120kW of power at 3600rpm and 380Nm of torque from 2000Nm, which drives the rear wheels via a six-speed manual gearbox.

For comparison, the Aussie-spec Colorado is motivated by a 147kW 2.8-litre turbo-diesel engine, which outputs 440Nm with a manual and 500Nm with an automatic transmission.