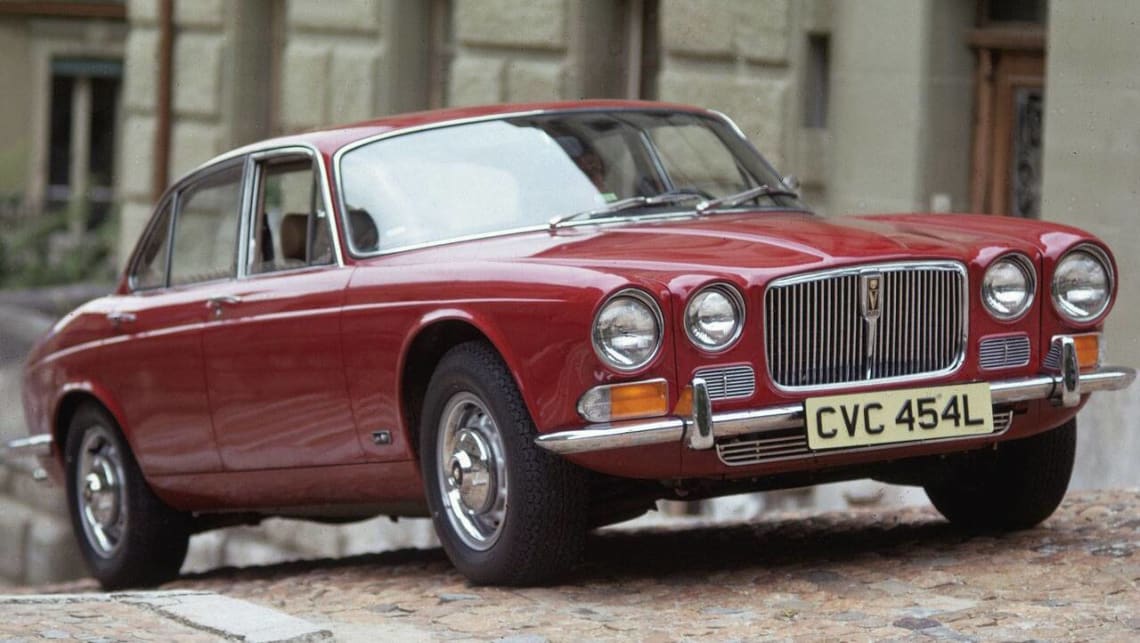 Owning a car comes with a sense of pride, so people don’t generally deliberately go out and buy ugly vehicles. There have been thousands of cars designed since the horseless carriage turned up so what are some cheap good looking cars among the sea of second-hand vehicles for sale today?

Working out what is defined as good looking can be a bit of a pickle, as some people love big SUVs, while others prefer the stereotypical Aussie V8 sedan, while turbo whiz kids love a go-fast hot hatchback. There are some constants, however: smart proportions that don’t leave huge overhangs off the front or rear ends, or have a glasshouse that is out of whack with the size of the body; flowing lines that work with the design rather than jarring it; a crispness to the design so it doesn’t feel dated; and a hint of personality.

I’ve tried to find various examples of the best looking cheap cars to whet the many and varied tastes online. This list also places style over substance, so some of these cool looking cheap cars might not be tar-burning monsters or the last work in reliability; the criteria was for cheap, good looking cars!

Another point to note is we all walk a different path through life, so each person’s definition of affordable is different. To this end I’ve started this list with the cheapest cars and have moved up to the most expensive, trying to maintain focus on the best looking cars under 20k. So read on and discover the best looking affordable cars.

Pininfarina took Peugeot’s fairly staid-looking 406 sedan and turned it into a striking coupe.

The 1990s wasn’t really a time for glamorous, lithe and beautifully designed cars, as most designers seemed to either want bubble-forms or hard edges. Famed Italian styling house Pininfarina took Peugeot’s fairly staid-looking 406 sedan and turned it into a striking coupe, with a low-slung roofline and sleek ground-hugging nose. Available with a four-cylinder or V6, both driving the front-wheels only, it wasn’t a fast car but it was certainly a glamorous way to get to the local café. While they’re not stacked 10-high in car yards, when you do find one for sale you should be able to pick up a 406 Coupe in excellent condition for well under $10,000.

The L320 are seriously good looking pieces of kit.

While there may be other machines far more adept at actual off-road use, late-model Range Rovers are stylish, opulently appointed and thoroughly good looking rigs. Although they cost a King’s ransom when new, rampant depreciation means you pick up a clean, well-looked after 15 year-old turbo-diesel V6 Range Rover Sport or Vogue for between $15,000 and $20k. Sure, British build quality and reliability will always be a concern, but these luxury Land Rovers are seriously good looking pieces of kit with a subtlety to their style that rival brands just don’t seem able to match.

Old Italian sports cars from the 1960s and early 70s are some of the most stylish, beautiful cars around.

Old Italian sports cars from the 1960s and early 70s are some of the most stylish, beautiful cars around, but also some of the most expensive. Thankfully, Fiat’s 124 Sport Coupe has largely been forgotten beside the more-beautiful (and more expensive) GT Alfa Romeos. So, you can still pick up an AC, BC, or CC-series 124 coupe for under $20,000 and enjoy a gorgeous little two-door from the golden age of Italian motoring. The prettiest of the 124 coupes is the late 60s AC model, though its 1400cc twin-cam four-banger leaves it a bit anaemic. Conversely, the 70s CC model has a brawnier 1800cc four-pot, yet has much fussier styling. For these reason I’m nominating the BC model, with its twin-carburettor-fed 1600cc twin-cam motor and clean, smooth and retrained lines, as the pick of the bunch.

Mazda turned the world on its ear in the late 80s with the MX-5.

Mazda turned the world on its ear in the late 80s with the MX-5. Sports cars were dead, poisoned by the horrible memories of what the UK foisted upon us in the late 1970, but then the Japanese manufacturer released a cheap drop-top fun-mobile that was bloody good to drive and cute as a button to boot. The MX-5’s proportions are awesome; low-slung with crisp lines, simple design language and positive face. Seriously, next time you see a first-gen MX-5 with its headlights popped up check out the smiley face it’s putting out. How could you not consider that good looking? Prices for these future-classics bottomed out a while ago, but you can still pick up clean, stock, well looked after series one MX-5s for under $15,000.

The XJ6 had a smooth design, low-slung stance and an imposing quad-headlight front-end.

Large English sedans of the 1960s and 70s used to be a byword for mechanical horror. Terrible electrics and fluid leaks cost Jag owners sack-fulls of cash and most of their mental health, so it was a good thing these old Series II Jag XJ6s were generally bought by wealthy farmers, doctors, and captains of industry as they could afford to fix them. But look at their smooth design, low-slung stance, imposing quad-headlight front-end and those awesome twin pop-up fuel fillers at the base of each C-pillar. The glasshouse is generously sized so you can check out all that timber in the dash with the classic round dials. Cheap old Jags are best avoided like a pie filled with boogers, so spend around $15k and you should get a glamour to use wafting to the country club.

The 2008 Series II model is the one to get as it has a vastly improved mechanical package to its predecessors.

Aussies love their Subaru Liberty wagons, and the fourth-generation model was an instant hit when it dropped in 2004. Shedding the stodgy designs of the past this new model was seriously good looking inside and out, with crisp lines and excellent proportions. Subaru released a Tuned By STi model in 2006 with killer Enkei wheels, lower STi suspension and some other gee-gaws, but the 2008 Series II model is the one to get as it has a vastly improved mechanical package to go with the deeper body kit, tauter suspension and overall “dad racer” vibe. These cars are already appreciating in value as Subaru fans genuinely love them, so find a clean one and look after it as it could end up being a cost-neutral, fast and practical purchase!

In 2007 FPV dropped their luxury-oriented Force range as part of the updated BF II range.

Fans of Blue Oval performance four-doors traditionally loved their bent-eight models, but the FPV F6 models were the poison of choice used to bait HSV and Porsches. Then, in 2007 FPV dropped their luxury-oriented Force range as part of the updated BF II range. Designed to ditch the backwards baseball cap bodykits and tone down the aggro the subtle bodykit enhances the big Falcon’s quite pleasing shell without making it a V8 Supercar wannabe. The good news got better as it kept the stonking 270kW, 500Nm turbo Barra heart, meaning it was a rocket in standard form and could be made insanely fast with basic mods. Originally costing over $70k 12 years ago, they aren’t plentiful in car yards but $20k should find you a nice, neat Force 6 to call your own.

The proportions of the S15 200SX were well-balanced with a sensible wheelbase.

Japan was on top of the performance world in 2001 with Supras, GT-R Skylines, Evos, NSXs, Subies and Type R Hondas. In Australia we had fewer options but everyone agreed that, after the dowdy S14 and comically angry S14A, the S15 200SX was an absolute rig. Finally, the proportions were well-balanced with a sensible wheelbase and track-width ratio providing an awesome platform for the raking, svelte coupe body Nissan plonked on top. It was as hot as Jen Hawkins and was as good to drive as any mega-buck Porsche from Europe, plus it was the last Nissan S-chassis. Inside the classic two-plus-two cabin had one of the best dashboards Japan ever gave us, forgoing their usual love of horrible textured plastic. Nostalgia for this era of turbo Japanese cars is climbing rapidly so prices for clean, stock S15 200SXs are rising already and you’ll need $20k to get your foot in the door.

The Holden CV8 is a modern muscle car that showcases some brilliant design.

Holden’s Commodore-based new-age Monaro had the masses frothing when it broke cover over 20 years ago, and its status as a modern classic is now driving prices for low-kilometre, manual-equipped models north. Still, you can pick up CV8 Monaros in good nick for under $20k these days and enjoy a modern muscle car that showcases some brilliant design. With its shorter rear overhang and close-cropped roofline the CV8 packs a visual punch, especially when it is lowered over 18-inch wheels. This is a car that gets better with a little sympathetic modifying, as is the case with most muscle cars. And go for a gusty colour like Devil Yellow; you don’t buy a big V8 coupe to hide at the lights.

The E46 M3 is one of the best German cars released ever.

I’ll put a caveat on $20k E46 M3s right here; you’ll be buying the notoriously terrible SMG transmission-equipped version at this price point as E46 M3s with manual gearboxes are already soaring into the $40k bracket. Still, the E46 M3 is one of the best German cars released ever, with amazing performance, brilliant handling and, more importantly for this list, fantastic styling. The design of the E46 was a hit from the moment the covers were whipped off in 1999, with a fantastic balance between aggression and subtlety setting the tone for a design that hasn’t really aged since. Functional and tough without going over the top like an HSV, you knew the M3 was a serious performance car as soon as you clapped peepers on it, yet it didn’t look like a boy racer machine (shout out to all the Mitsubishi Evo owners). BMW’s E46 is regarded as being their last model to have design purity and it tops this list as an all-time great.