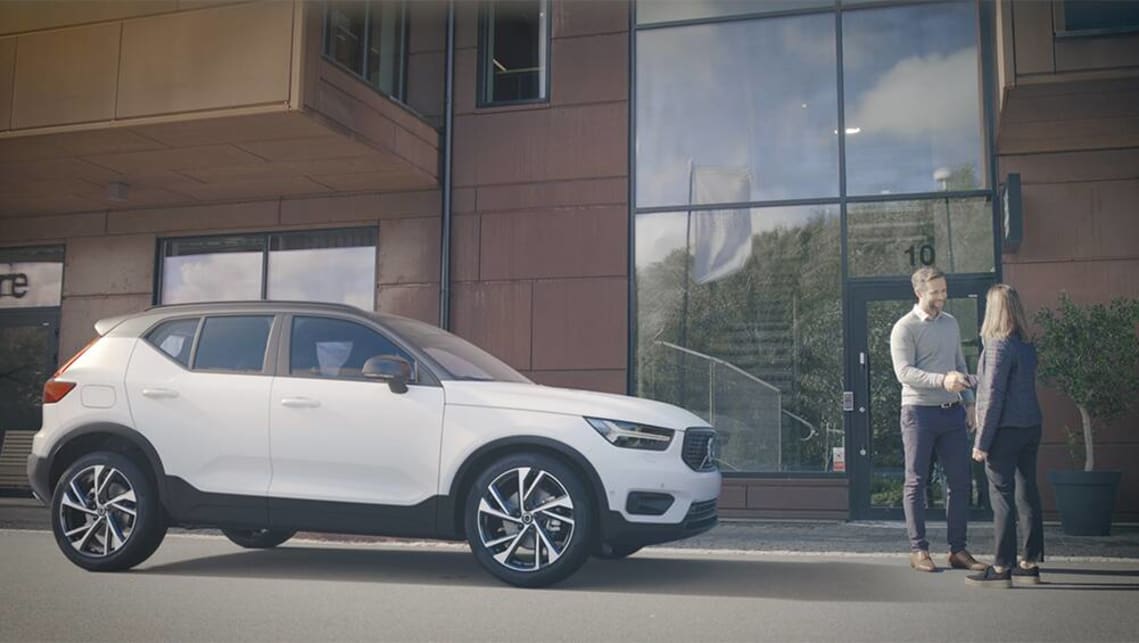 Ever looked at your old car and thought, “I wish I could just upgrade it every 12 months to a new one, just like I do with my phone”?

If you answered in the affirmative, there could be a solution coming soon, with Volvo Car Australia confirming its plans to offer a car subscription service in Australia within the next 12 months.

The Care by Volvo service essentially allows customers to choose a brand new car to live with for a period of time, and rather than committing to a five-year finance plan with a balloon payment at the end, there’s considerably more flexibility.

The exact mechanics are all still being worked on at the moment, but Volvo Car Australia managing director Nick Connor told CarsGuide at the launch of the new S60 sedan that the brand is eager to offer customers a subscription plan in the near future.

“We may start with one model and roll it out, but the objective is to roll it out across all the cars in our range. To test the market and our systems and processes we may limit it to one or two cars initially, but the intention is to be a full spectrum option,” he said.

“I think the attraction would be the flexibility to dip in and dip out, change models as and when you need to. If someone is going away for a three-month holiday to Europe, they can give their car back and don’t make the payments while they’re away.

“To me it’s the flexibility that’s the big advantage. It’s not going to be for everyone, and it’s going to be at a premium price because the cost to offer that degree of flexibility – the customer might want a small SUV for the city, and if they have a farm out in the country they might want a different type of car for a few months. To have one subscription but be flexible in the cars that are available, I think it’s for people who are frankly prepared to pay a little bit more for a lot more flexibility.

As for the plan terms and conditions, those are still being developed. Though Mr Connor suggested a 12-month contract is looking likely for the launch of Care by Volvo in Australia.

“Ideally it’s month by month, but at the moment I don’t think we’ve got below two years anywhere because of the complexity of the depreciation model. Where we’ll start here, I don’t know, but if we could get to one-year as a minimum term, I’d be really happy with that.

“Getting the economics right to de-fleet a car after one month and recycle it is time-consuming and expensive. It’s an expensive business model if you give that complete flexibility… but you’ve got to start somewhere.”

Mr Connor acknowledges that the subscription services may not suit the vast majority of customers who want to pay for something they actually own – especially those who love their car.

“If you’re the sort of person who wants to go out and polish your car every Sunday, it’s probably not for you.

“There are people today who will hold on to a phone for a year and hand it back and get a new one after that period. They’re not attached to that particular unit.

Volvo Car Australia managing director Nick Connor suggested a 12-month contract is looking likely for the launch of Care by Volvo in Australia.

So who is the target market, then? The press information would have you believe that it’s cashed-up childless millennials who also shell out big bucks for the latest technology. But Mr Connor sees a different market opportunity in Australia.

“I think people will tell you it’s millennials, but I also think there’s an older demographic – the silver surfers – would be better off having a six-month subscription where they hang to their car when they’re home and hand it back when they go on holidays. I think there’s a spread of people who have a particular lifestyle that it could suit if it’s packaged properly,” he said.

The service is off to a rocky start in other markets. In California, the general new car dealer body has launched legal action against Volvo to try and stop the subscription service in its tracks.