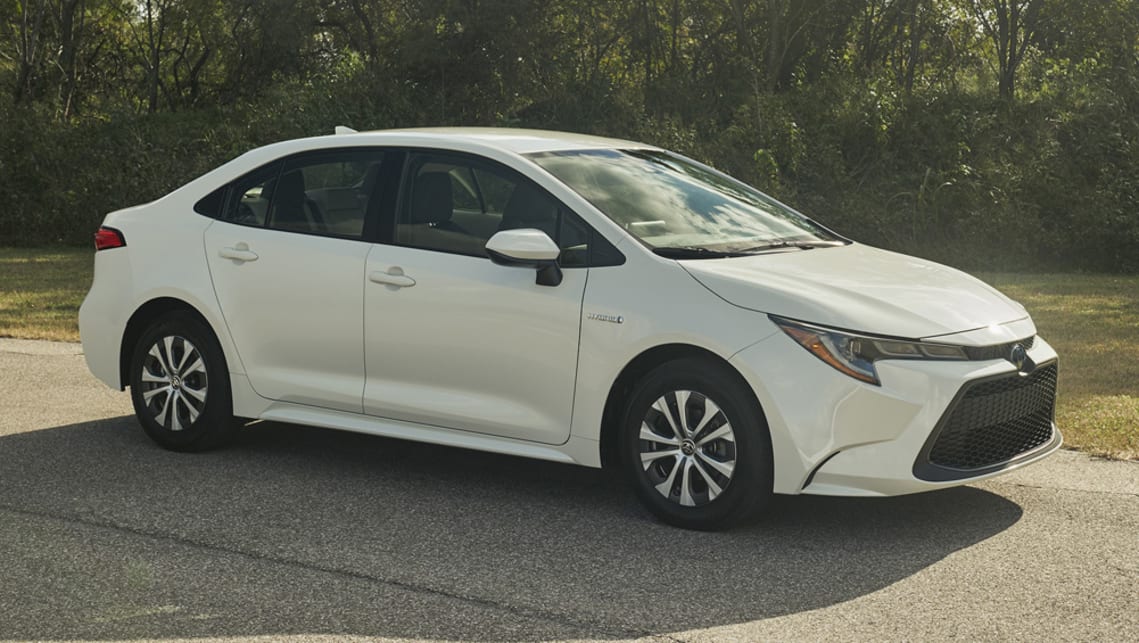 Can the Toyota Corolla 2020 outsell the Hyundai i30 and Mazda 3?

The 2020 Toyota Corolla range is soon to be complete, with the sedan model finally joining the hatchback range – and in the process, the Corolla will become the only small car on sale with hybrid petrol-electric versions of both body styles.

So can the all-new Corolla sedan – combined with an updated version of the hatchback – stay ahead of its main rivals in the class? Let’s take a look at the Corolla models in a bit more detail, and also the sales figures so far in 2019.

Perhaps the Toyota’s biggest appeal is that it’s the only one of these three models to come with hybrid power. The Corolla hatch and sedan both have a 1.8-litre petrol-electric system that uses minuscule amounts of fuel: the claimed consumption is just 3.5 litres per 100 kilometres for the sedan, while the hybrid hatch is claimed to use 4.2L/100km.

The brand has openly admitted it is struggling to keep up with demand for its petrol-electric models – the RAV4 Cruiser, for instance, is hovering between six and eight months wait time.

Corolla hybrid hatchback demand has been high, too, and given it’s the first time the Corolla sedan will come with a hybrid option, it is expected there could be supply constraints in the short term. The Corolla hatchback range is set to see a minor update late this year, too.

The Corolla hybrid sedan could further appeal to customers who can’t bear to wait 3-4 months for a Camry hybrid, as demand for that model remains strong, and wait times are still long.

While Hyundai doesn’t have hybrid versions of the i30 or Elantra, the brand does have the just-updated 2020 Hyundai Ioniq range, which includes a hybrid, plug-in hybrid and full electric variants.

Mazda on the other hand has no electric, hybrid or plug-in (PHEV) models on sale as yet, though the brand is set to introduce a fully-electric small SUV, the Mazda MX-30, in 2020.

Year-to-date, the Corolla model line has been marginally outsold by the Hyundai i30 and Elantra pairing – which, despite wearing different nameplates, have had a reasonable year in an overall new cars market that is down by 8.0 per cent.