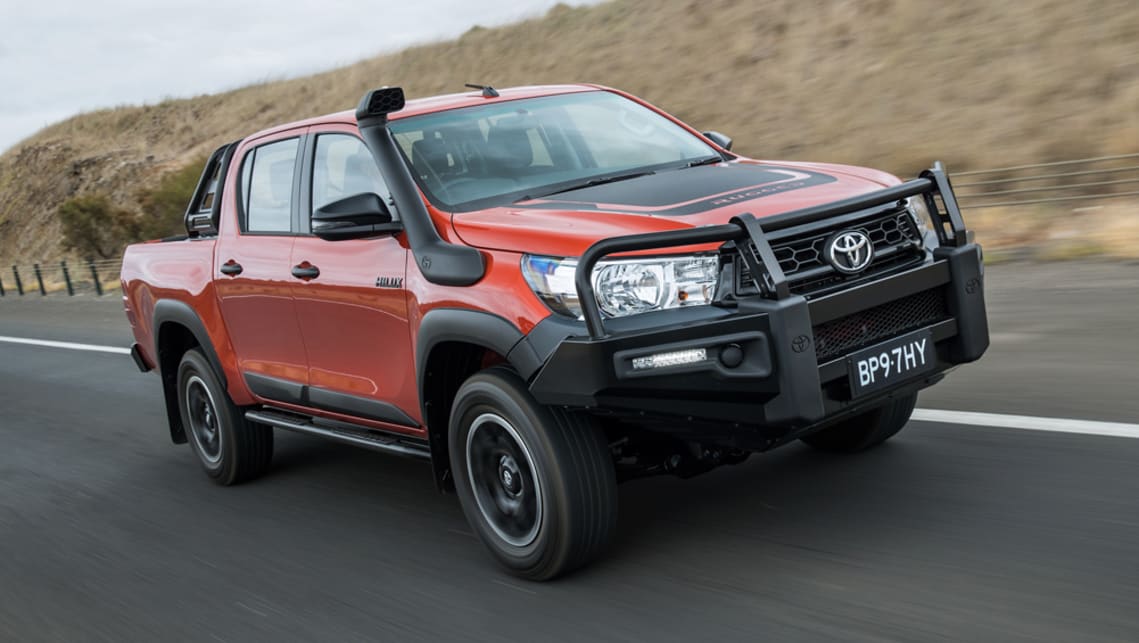 Can anything stop Toyota?

Toyota has for so long been derided as ‘whitegoods on wheels’, but Toyota is now riding high atop the Australian car industry and there seems to be no end in sight to its dominance.

For decades Holden and Ford duked it out at the top of the sales charts, but as they focused on each other, Toyota snuck up behind them and overtook both.

Over the last five years it has cemented its position with an ever-improving and expanding line-up, so much so it seems most rivals have given up taking top spot from the Japanese giant.

In years gone by, car company executives often made bold claims of contending for number one spot on the sales charts, but not anymore. These days many rivals are following the lead successfully pioneered by Mazda in recent times, putting the emphasis on quality sales (of more profitable models and variants) over quantity.

According to the latest new car sales data released in September, the market is down 7.9 per cent year-to-date to 811,464 sales, but Toyota is doing slightly better than that, reporting a 6.3 per cent drop to 154,515.

More importantly, Toyota’s lead over Mazda and Hyundai – it’s closest challengers – is significant. Toyota sells almost double the number of cars as Mazda and has a commanding 19 per cent market share, with Mazda sitting at 9.7 per cent and Hyundai taking 8.2 per cent.

There are several key reasons for Toyota’s position of strength, most important of which is a broad range that is full of popular models. It seems simple, right? But few rivals can match what Toyota has done.

The Supra name came out of retirement this year after Toyota and BMW joined forces.

From Yaris to HiAce and now Supra, no other car company can lay claim to such a wide and diverse line-up, Toyota simply offers a car for most Australians.

It spans a huge price band too, making it accessible to both first car buyers all the way up to sports car and off-road enthusiasts. The Yaris starts at just $15,390 before on-road costs, while the Supra tops out at $94,900, and the LandCruiser Sahara stretches the Toyota range all the way to $119,972.

But while Toyota has been busy expanding in recent years with models such as the C-HR, 86 and Supra, many rivals have started to cut back on less profitable models. Passenger cars in particular have been culled by rivals, but Toyota has retained a strong portfolio backed by long-time nameplates Corolla and Camry.

At the same time, it hasn’t fallen behind on SUVs. In fact, it arguably created the booming compact SUV market with the original RAV4. Now it boasts a comprehensive range of crossovers and four-wheel drives – C-HR, RAV4, Kluger, Fortuner, Prado and LandCruiser.

Add to those the seemingly unstoppable HiLux and valuable sales the new HiAce is bringing, and there seems to be no weak spot in the Toyota range.

Not only does Toyota have an offering in all the key markets, its products are often strong selling too.

HiLux is the best-selling vehicle in the country and the Corolla is the most popular passenger car –both firmly ensconced in the top 10 overall each month.

But the point is it’s not just those two that are popular, look across all segments and Toyota is amongst the class-leaders in terms of sales.

City car: Yaris is the third-most popular behind the Hyundai Accent and Mazda2 (but only by 147 units).

Small car: Corolla is the best-seller.

Small SUV: C-HR is seventh in its segment, which makes it arguably its worst performer but it’s up against a strong field of rivals and was initially limited by supply.

Medium SUV: RAV4 comes in second, behind the Mazda CX-5.

Large SUV: Prado is the best-seller and is followed by the Kluger.

Upper-large SUV: LandCruiser is first in a small class, but is still on track to add more than 12k sales to the bottom line.

Sports cars under $80k: The 86 is still the third best-seller despite being on sales for seven years.

In other words, it’s not like Toyota is reliant on one particular model for its success, like some of its rivals.

Certainly, Holden and Ford hit a wall when the locally made Commodore and Falcon stopped. Even if Toyota stopped selling the HiLux tomorrow, it would still be the dominant market leader.

Does Toyota have any weaknesses?

Toyota’s hybrid line up considers of the Prius, Camry, RAV4, and Corolla.

With such a dominate hold over the Australian market, does Toyota have any chinks to its armour?

With the industry moving towards plug-in electric vehicles, Toyota Australia seems hesitant to bring in its own battery-powered cars.

This year alone, Hyundai’s Kona Electric, the new-gen Nissan Leaf and crucial Tesla Model 3 hit Australians shores, while next year will see Audi launch its e-tron and Mercedes-Benz release its EQC, but Toyota seemingly has no plans on the horizon for a full-electric model.

Plug-in hybrids don’t even seem part of Toyota Australia’s strategy either, with that specific version of the Prius remaining an overseas-exclusive variant.

Instead, Toyota has democratised electrification by offering hybrid versions across its mainstream line-up, including the Camry, RAV4, Corolla and upcoming Yaris.

Time will tell if this is the right strategy, but it does remain a gap in Toyota’s line-up.

Of note, Toyota is working on building a business case for hydrogen fuel-cell electric vehicles with its Mirai touring the country to try and drum up interest.

The Prado is the best selling vehicle in the large SUV segment.

Is there hope for anyone else to knock Toyota off its perch? In the short-term, the answer is a resounding ‘no’. But looking further ahead, is there a brand out there with growth potential?

So far in 2019 the market has been hit hard, running well behind last year’s sales numbers for a variety of factors. But two brands in the top 10 have actually managed to stay ahead of their 2018 sales – Mitsubishi is up a tiny 0.1 per cent and Kia has enjoyed a respectable 2.2 per cent growth.

Mitsubishi’s strength is built off the back of the Triton ute and ageing ASX and Outlander SUVs, and the range is in need of both a refresh and an expansion if it is to seriously grow to rival Toyota.

Kia on the other hand is enjoying the fruits of its labour, recording strong sales across its passenger car range that begins with the pint-sized Picanto and runs through the Rio hatchback, Cerato small car and Stinger halo sedan.

In contrast, sibling brand Hyundai is set to leave the city car market with the Accent unlikely to be replaced and the Sonata set to go more upmarket and sell in smaller numbers.

Kia has also just added the Seltos, its first small SUV which is big enough to leave space for another below it – just what it needs to grow sales volume.

Then there’s the highly-anticipated ute from the South Korean pair. It’s due no later than 2023 and has the potential to give both brands a significant boost.

If Kia can sell roughly 20,000 utes and another 10-15k small SUVs while maintaining its affordable passenger car range, that could push it to the top three. And once it reaches that level it’s hard to predict what the limit could be.

But that’s all hypothetical, at the moment we Australians are buying Toyota in big numbers and there seems no sign of that stopping anytime soon.