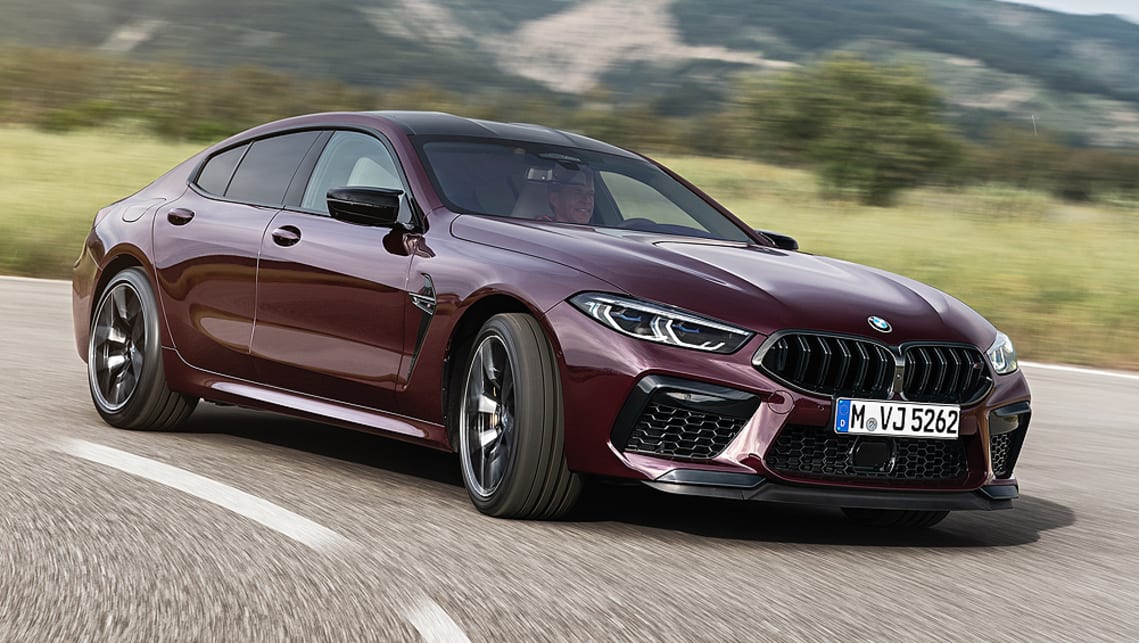 BMW has revealed its high-performance four-door M8 Competition Gran Coupe, which will be touching down locally in the second quarter of next year to join the two-door Coupe and Convertible versions due around the same time.

Set for a public debut at the LA motor show next month, the Gran Coupe’s performance and powertrain is derived from the M8 Competition Coupe, including its monstrous 4.4-litre twin-turbo V8 that pumps out 460kW at 6000rpm and 750Nm from low in the rev range though to 5800rpm.

Mated to an eight-speed automatic transmission, the M8 Gran Coupe drives all four wheels via the rear-biased xDrive all-wheel-drive system, which allows for a zero-to-100km/h sprint time of 3.2 seconds – the same time as the Coupe.

An M Mode button on the centre console can allow driver assistance systems, the digital instrument cluster and head-up display to be individually configured, while drive modes include road, sport and track.

The all-wheel drive system can be tweaked to provide a higher bias of rear drive in 4WD Sport mode, while deactivating the DSC system sends power exclusively to the rear wheels for tyre-smoking fun.

BMW took to the Nurburgring to conduct extensive testing for the four-door M8 Competition, which has been developed alongside the M8 GTE endurance racecar.

The M division’s usual; suite of exterior enhancements are found on the M8 Gran Coupe, including larger air intakes, M gills on the side panels, aerodynamically optimised wing mirrors and a rear spoiler.

The main difference over the Coupe is the Gran Coupe’s size, with a 200mm longer wheelbase to accommodate a second row of seats.

The Gran Coupe’s performance and powertrain is derived from the M8 Competition Coupe.

Buyers can expect a 10.25-inch multimedia system with gesture control along with a 12.3-inch digital instrument cluster and configurable head-up display.

Exact local pricing and specification is yet to be confirmed by BMW Group Australia, however the pricetag for the four-door M8 is likely to sit north of $300,000. It may end up being the most affordable M8 variant, given the regular 8 Series Gran Coupe range is priced below its coupe and convertible counterparts.

More details will be made available closer to the vehicle’s launch in the second quarter.