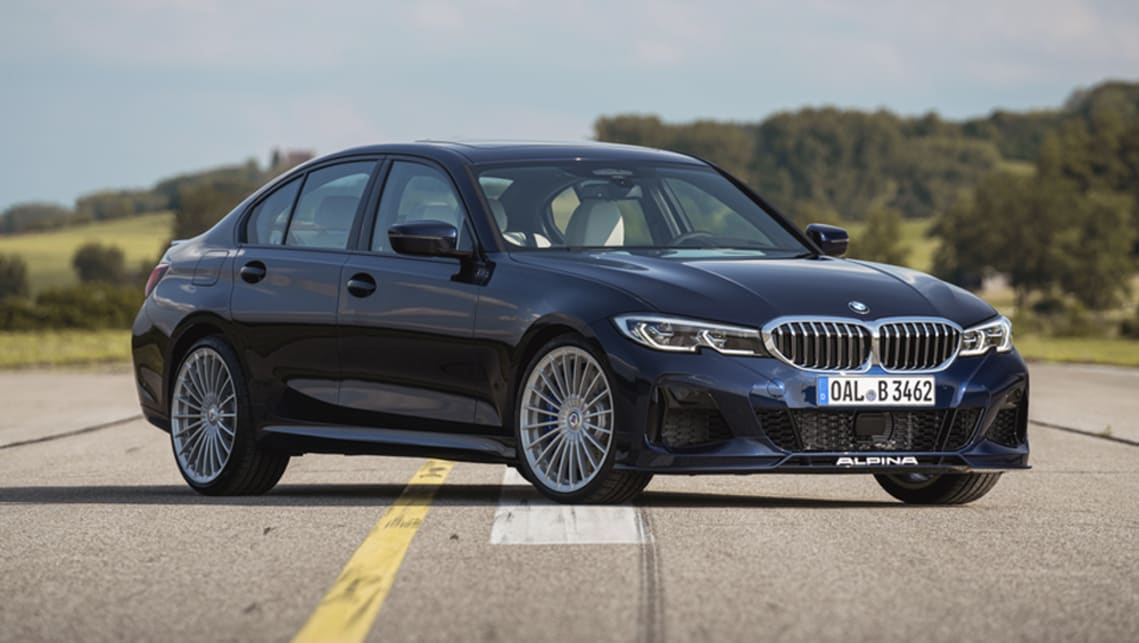 Having shown the big-booted B3 Touring at this year’s Frankfurt motor show, Alpina has now rolled out the four-door version at the Tokyo motor show.

Mirroring the Touring, the B3 sedan is also powered by the S58 3.0-litre twin-turbocharged in-line six-cylinder petrol engine that will be shoehorned into the yet-to-be-revealed BMW M3 and M4 twins.

Though the engine debuted in the X3 and X4 M Competition SUVs, the Alpina B3 sedan and Touring twins will be the first passenger car application of the performance engine to make it to market.

Paired to a uniquely-tuned eight-speed automatic transmission, the Alpina B3 sedan will blitz the zero to 100km/h sprint in just 3.8 seconds, while the Touring will hit the landmark triple digit figure 0.1s slower, thanks to a launch control function.

The Alpina B3 also gains specific engine cooling componentry, retuned suspension settings and a stiffer chassis, as well as a unique bodykit with the brands signature 20-spoke alloy wheels in 19-inch size.

Inside, the B3 sedan also gains leather-wrapped seats, soft-touch steering wheel and woodgrain highlights, while BMW’s 10.25-inch multimedia touchscreen and all-digital instrumentation carryover, albeit with an Alpina tweak.

Though the B3 is yet to be confirmed for Australian shores, the Touring version will land in the second half of next year.