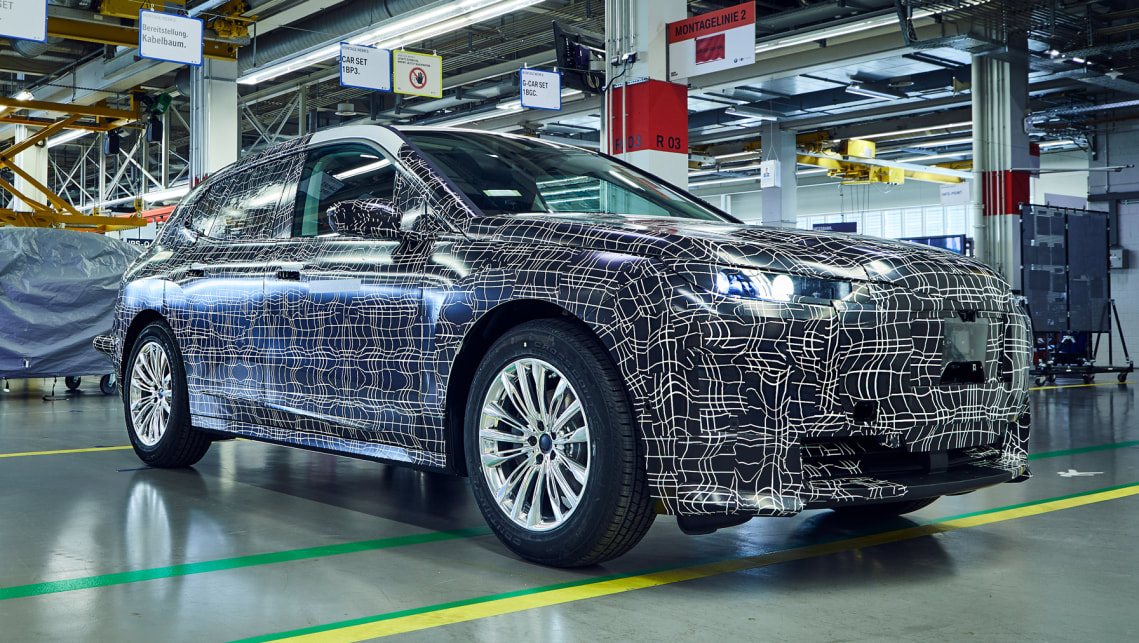 BMW is set to take the fight to Jaguar’s I-Pace and Mercedes-Benz’ EQC in 2021 with the launch of its iNEXT mid-size electric luxury SUV.

The iNEXT is an X3-sized SUV that will be entirely electric, and the Bavarian brand has shared some details of its surprisingly long development time.

BMW says it has built “as many as 100 prototypes” of the iNEXT at its research centre, and is finally ramping up for full production at its primary Dingolfing facility. The iNEXT will be able to be built alongside its combustion-engined counterparts on the same assembly lines.

There is a lot riding on BMW’s iNEXT, with the SUV previewing a slew of new technologies, including new metal bonding techniques, radar and X-ray calibration, and most importantly, BMW’s eDrive fully-electric drivetrain (to complement its sDrive rear-drive and xDrive all-wheel drive petrol offerings).

The iNEXT will be able to run down the same production lines as its combustion engine counterparts.

The brand says that the iNEXT will not only be capable of a 600km electric driving range, but that it will also be capable of Level 3 driving automation. The SUV will serve as a “technology flagship” for BMW’s future electrified models.

The iNEXT is part of BMW’s NEXT corporate strategy to bring 25 electrified cars to market by 2025. The newly released pictures of the camouflaged SUV show styling not far removed from the current X3, although it is heavily camouflaged and more than likely an X3-based test mule.

The current test mule, as per these camo pictures issued by BMW, looks not far removed from the current X3.

Also earmarked by the Bavarian brand for 2021 is its i4 EV, a 3 Series-sized four-door fastback revealed in late 2018. Little has been heard about the i4 since earlier in 2019, with more official pictures being released of its interior.

BMW’s electric strategy has been less than clear, with the brand going on record to say that “electrification is overhyped”, and also that electric vehicles will never be as cheap as their combustion engine counterparts. A BMW representative stated at the Paris motor show in 2018 that “you can produce whole cars for the cost of the battery” in EVs with comparable ranges to petrol cars.

Currently BMW markets the i3 hatch with a range of 260km and the range-extended i8 sports car with a max range of 440km. Plug-in hybrid versions of the brand’s mainline vehicles like the 330e have been gradually rolled out in recent years.

Although the iNEXT is a look into BMW’s electrified SUV future, it hasn’t forgotten its sporty roots with the retro-inspired Vision M Next Concept recently previewing the future of BMW sports cars.

Expect to know more about the iNEXT EV closer to its 2021 reveal.