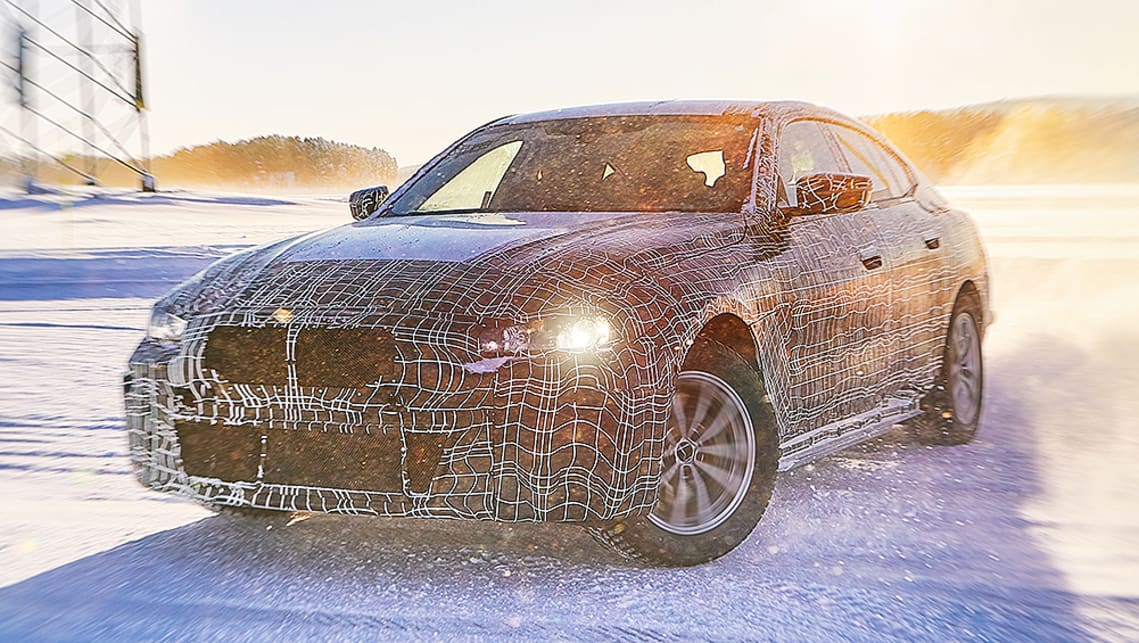 BMW has divulged key details for its fully electric i4 sedan, well before its expected 2021 debut.

The i4 is imagined as an emissions-free version of the 4 Series Gran Coupe, though it trades petrol power for a 390kW electric motor, and will offer approximately 600 kilometres of range.

A newly developed 80kWh battery pack is characterised as being “extremely flat”, although it tips the scales at a hefty 550 kilograms.

Charging the battery to 80 per cent will take approximately 35 minutes, which roughly translates to 100 kilometres of range for every six minutes that the car is plugged in.

BMW says that the i4 will sprint from zero to 100km/h in around four seconds.

According to BMW, the i4’s electric motor will deliver similar performance to V8-powered models in its stable, accelerating from zero to 100km/h in around four seconds.

The i4 uses the German brand’s fifth-generation eDrive technology, which packages an electric motor, transmission and electronics module in a single housing.

These components will debut in the iX3 medium SUV, which is expected to make its debut sometime next year, followed by the iNext.

BMW plans to have 25 models with electrified powertrains by 2023, including plug-in hybrid and pure electric options.

The i4’s closest rival will likely be the top-spec Tesla Model 3 Performance, which is currently on sale from $91,200 plus on-road costs.

Although the Model 3 Performance may offer less in the way of power (335kW/638Nm), its all-wheel-drive platform allows it to sprint from zero to 100km/h in just 3.4 seconds.

Based on the NEDC standard testing, the Performance offers 560km of range.