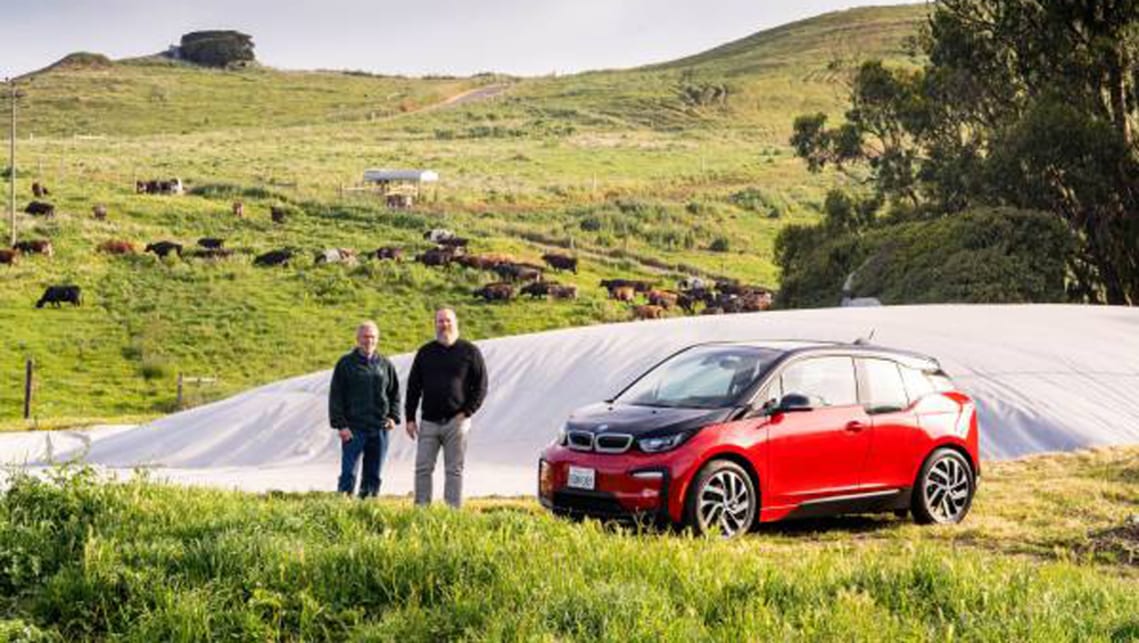 While zero-emissions vehicles and carbon-neutral power sources are all the rage when it comes to feeling that green glow of goodness, motorists in California will soon be able to gloat one step further by using bio energy – made from cow manure – which effectively has “negative carbon intensity”.

BMW’s American arm has launched a partnership with Straus Organic Dairy Farm in California that will one day, using methane biodigesters, produce enough clean energy to power every Mini or BMW electric vehicle sold in that state.

The double down on emissions comes from the fact that the program will reduce greenhouse gases from dairy farming while simultaneously delivering clean energy for EV drivers, who will significantly reduce their carbon load without their cars smelling even slightly of manure – or even cow farts.

It is widely known, of course, that methane from cow farts, and burps, is a major contributor to CO2 emissions. Indeed, according to environmentalist Fred Krupp, from the Environmental Defense Fund, “methane pollution causes one quarter of the global warming that we’re experiencing right now”.

In Australia, according to the Department of Environment and Energy, methane from livestock is our third-highest emission source in terms of metric tonnes of CO2, behind only electricity and heating and road transport. By comparison, aviation comes in 10th on that list.

BMW’s ingenious trial program – which will be rolled out to dairy farms across California and could go global if it’s a success – uses methane biodigesters to capture methane from plentiful cow manure, which would otherwise be entering the atmosphere.

The methane captured is transformed into renewable energy, which is exported to the state’s public power grid.

According to the California Air Resources Board, “by delivering a ‘double’ emissions reduction, biodigesters can produce electricity that has negative carbon intensity”.

As a bonus, the dairy farmers involved pick up a new revenue stream, by selling energy made from what was previously a highly unpleasant waste product.

“With the current climate-change crisis, the relationship we’re forging with BMW is essential,” says Albert Straus, founder and CEO of Straus Family Creamery.

“In addition to being a great collaboration, we are developing the blueprint for a model that can generate revenue for other farmers throughout California.”

If the program continues to grow as BMW predicts it will, it says the renewable energy generated “over the coming years” will be enough to “ensure that every electric mile driven by BMW and MINI owners in California is covered”.

“This collaboration is the first of its kind in the auto industry,” says Bernhard Kuhnt, CEO of BMW North America.

“It is a perfect fit for the BMW Group, which has long valued creative technologies and partnerships that can contribute to reducing greenhouse-gas emissions.”