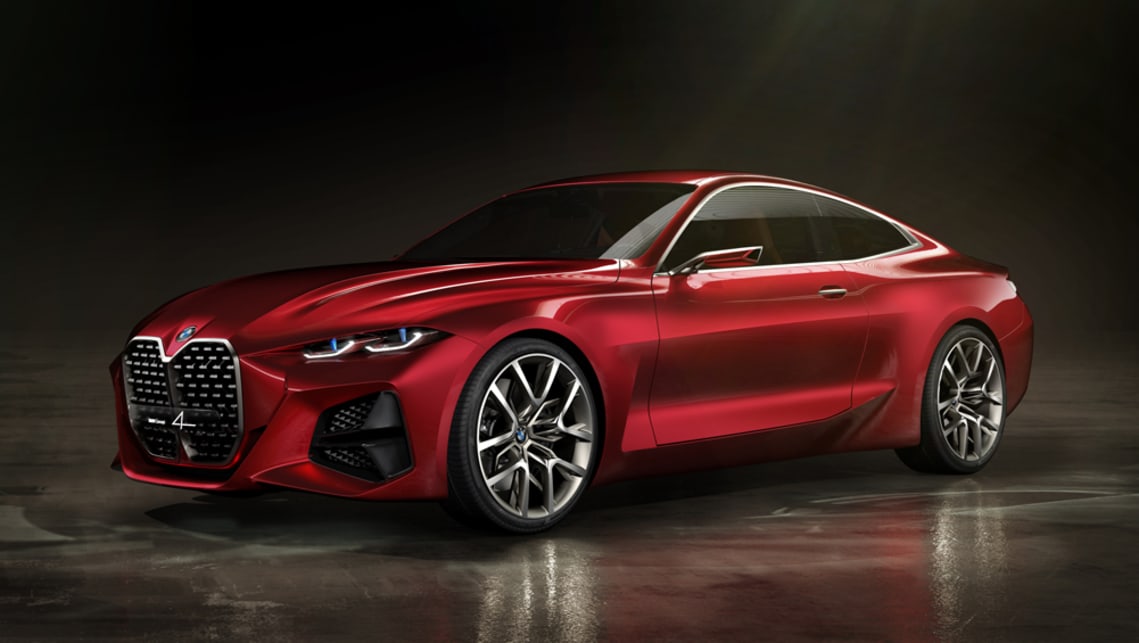 BMW has revealed the Concept 4, a preview of the new-generation 4 Series coupe that will also form the underpinnings of an all-electric version dubbed i4 due to hit production in 2021.

A long wheelbase and short overhangs promises a strong dynamic character, Mr van Hooydonk said, while the head- and tail-lights are ultra-slim for a sportier look.

At the rear, the Concept 4 looks similar to the recently-launched 8 Series coupe thanks to a pinched design of the rear spoiler and bumper, as well as the large exhaust outlets and prominent diffuser.

No powertrain details were revealed for the concept, but expect the next-generation 4 Series line-up to feature similar engines to the new 3 Series sedan, which kicks off in Australia witthe 135kW/300Nm 320i.

However, BMW Group boss Oliver Zipse also confirmed on the stand that the next 4 Series will spawn an emissions-free i4 model, “available starting in 2021”.

Mr Zipse said: “The BMW i4 will offer customers the joy of our sporty DNA, combined with pure electric power.”

The i4 will be one model in the proliferation of electrified BMW vehicles, with 25 planned for market by 2023, half of which will be fully electric.