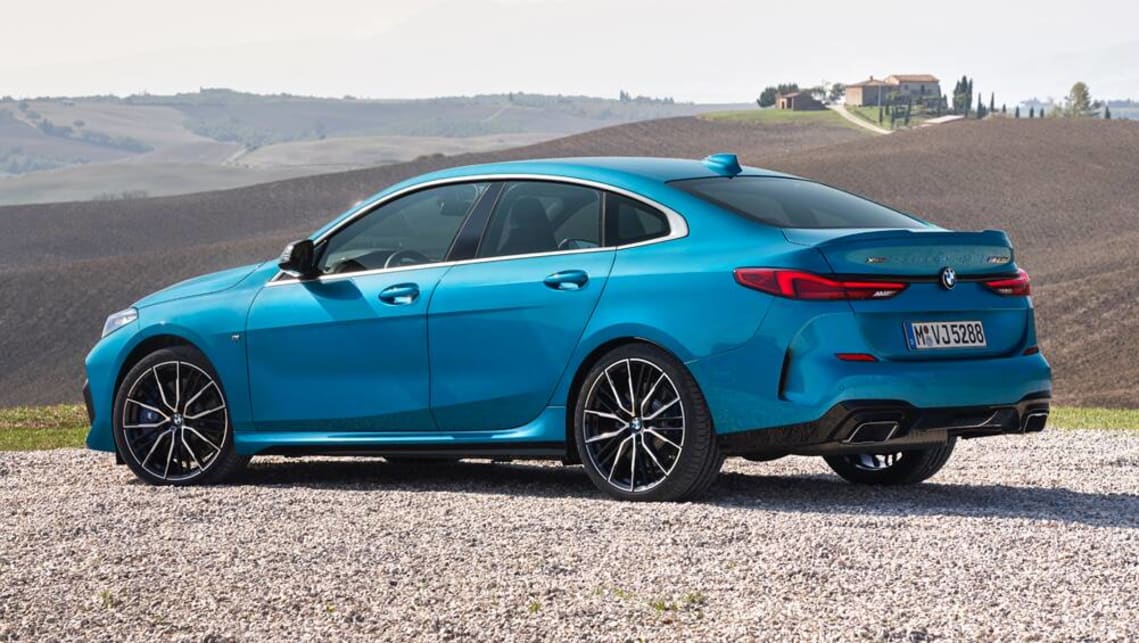 BMW Australia will introduce its new 2 Series Gran Coupe to local showrooms early next year as a four-door alternative to its 1 Series hatchback line-up.

Based on the same front-drive UKL2 platform, the four-door 2 Series will be available with three powerplant choices in overseas markets, with “local specification, engine line-up and pricing details” to be “released closer to the launch date”, according to BMW Australia.

However, it is likely the local 2 Series Gran Coupe range will mirror the 1 Series hatchback and be made available with just two petrol engines – the 103kW/220Nm 1.5-litre turbocharged three-cylinder in the 218i and the 225kW/450Nm 2.0-litre turbo-petrol M235i with xDrive all-wheel drive.

As such, the entry-level 218i will send drive to the front wheels via a seven-speed automatic transmission, while the flagship M235i will channel drive to all four wheels via an eight-speed auto.

A 140kW/400Nm 220d is also available in overseas markets, as is all-wheel drive on the 218i, but these options are likely not on the table for Australian-spec 2 Series Gran Coupe vehicles.

Measuring 4526mm long, 1800mm wide, 1420mm tall and with a 2670mm wheelbase, the latest BMW model will line up directly against four-door versions of the Mercedes-Benz A-Class and Audi A3.

BMW Australia will introduce its new 2 Series Gran Coupe to local showrooms early next year as a four-door.

According to BMW, the 2 Series Gran Coupe will provide “extra legroom and add seating comfort for long journeys and allow for easier entry”, when compared with the 1 Series hatchback.

BMW’s 2 Series Gran Coupe will swallow 430 litres in the boot – 50L more than its five-door 1 Series hatchback counterpart – which can be expanded with the 40:20:40 rear seats folded to an as-yet-undisclosed volume.

Full specifications will be revealed at a later date, but expect the 2 Series Gran Coupe to mirror its 1 Series hatchback sibling, meaning a 10.25-inch digital instrument cluster, 10.25-inch multimedia system, wireless smartphone charger, LED exterior lighting and 18-inch wheels as standard in the 218i.

For reference, the new-generation 118i kicks off at $42,990 before on-road costs, while the M135i is priced at $63,990, with the 2 Series Gran Coupe expected to sit slightly above the hatchbacks in BMW’s pricing order.