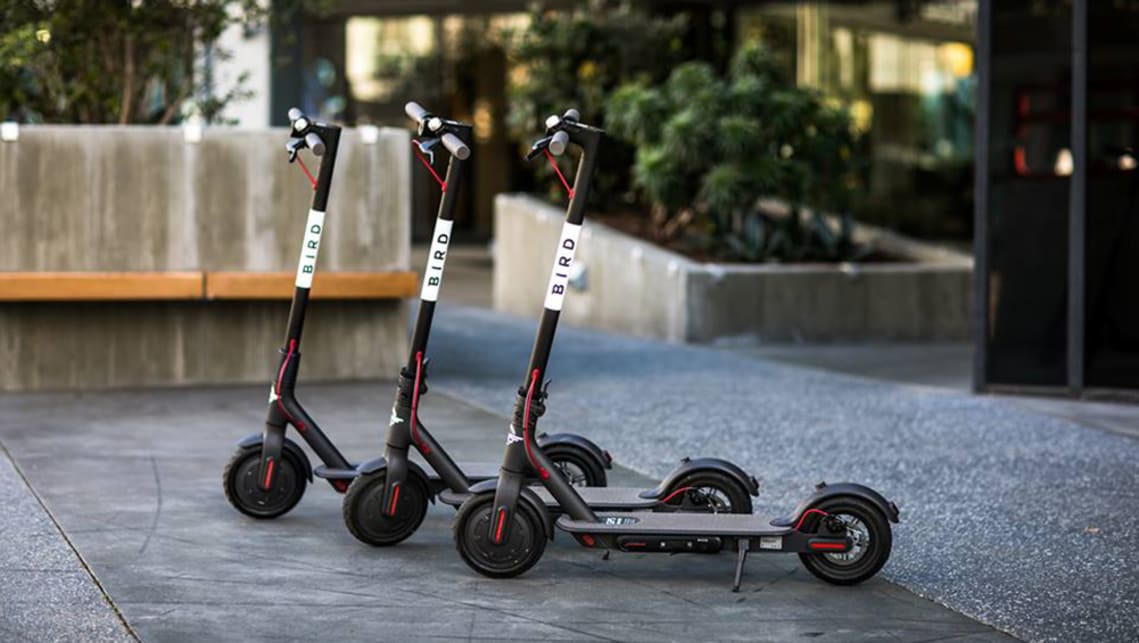 Bird dropping in Australia soon: Electric push scooters coming to a city near you

Electric push scooter company Bird is set to launch in Australia imminently, with the US mobility startup on the hunt for a local general manager.

The scooter company has developed a reputation for dropping hundreds, even thousands, of battery-assisted dockless scooters on city footpaths in the US, the Middle East and Europe, with more than 100 cities having seen Bird’s scooters show up. And the tech startup will soon start doing the same in cities like Sydney, Melbourne and Brisbane.

It’s a similar strategy employed by competitor Lime, which has thousands of electric-assist push bikes on city streets around Australia. Lime has not yet rolled out a dockless scooter network.

Bird relies upon workers to collect and charge scooters before replacing them on the streets, similar to how Lime runs its e-bike fleet. However, in some markets, Bird offers the option to buy, rent or share scooters under its aim to “reduce traffic and pollution”.

The brand’s current scooter fleet allows users to access their vehicles by using a smartphone app. You can search maps to find your nearest scooter, scan the QR code on the scooter, throw a helmet on, and scoot away.

There’s a thumb-operated throttle on the right side for electric acceleration, though you need to push to start the scooter rolling.  Braking is by way of a left-hand lever.

Stay tuned for more on Bird’s plans in Australia.