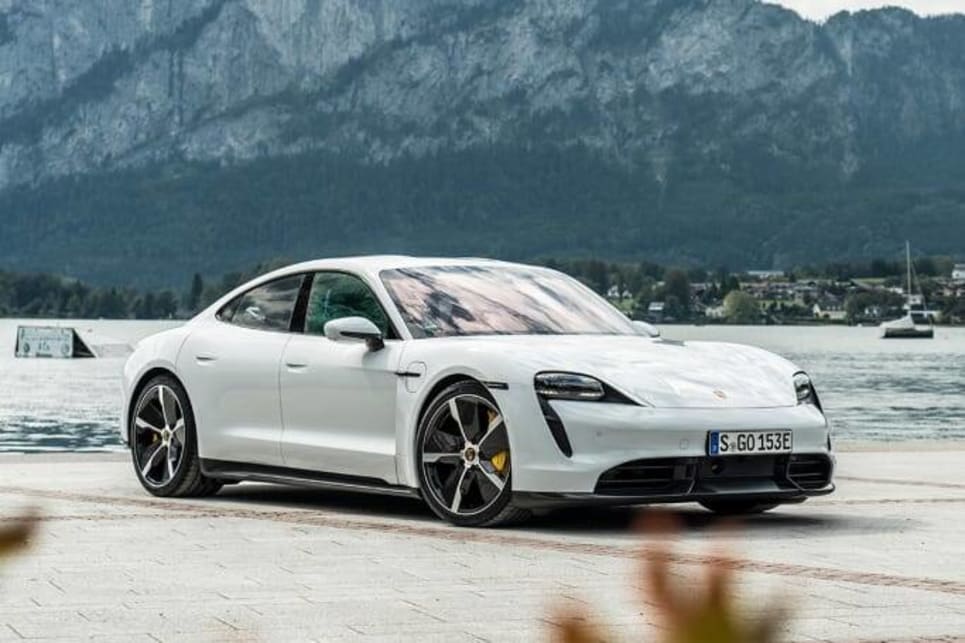 Welcome to the zero-tailpipe-emissions future. Electric vehicles aren’t a fad. They’ve been around for a while, and 2020 will be one of the busiest years yet when it comes to new releases.

Even though Australia doesn’t have the stringent emissions targets some other developed countries do, there’s still an influx of EVs to look forward to.

Ironically, this deluge has been influenced by overseas legislation, and while the EV charging infrastructure in Australia is underdeveloped, many carmakers are proceeding with their plans.

The e-tron isn’t Audi’s first foray into EVs, but it is its most serious attempt to date. It’s also the first in what is expected to be a long line of models wearing the environmentally conscious moniker.

The first thing the e-tron has going for it is it’s an SUV available in traditional wagon and coupe-style Sportback forms, so it is bang-on trend. Secondly, it’s launching with solid driving range (that has already improved once), so it is a genuine proposition.

Granted the e-tron has been a long time coming for Audi in Australia, but it will still represent a massive leap forward when it arrives in the second half of next year.

Is there any car that suits electrification more than the Mini Cooper? It’s designed for the city, already fun to drive and quirky in its own right.

The all-electric SE version therefore makes a lot of sense, and it’s due in Australia in mid-2020, so we’ll find out soon enough if it has found the perfect formula.

More importantly, it will likely be one of the most affordable EVs seen yet Down Under, making it a legitimate option for buyers that want something a little different.

You only need to look at the 2019 sales chart to realise MG is now a genuine player in the Australian market, building its Chinese-owned British brand on key models like the ZS small SUV.

To show how seriously it is taking the Australian market, MG will get on the EV bandwagon nice and early in the third quarter next with the aptly named ZS EV.

As a small SUV, the ZS has already shown its volume potential, and in EV form it could prove to be a surprise performer once more. After all, its first 100 units have likely been snapped up by the time of publishing following an enticing driveaway pricing offer.

Bear with us for a moment. Who is Polestar? Volvo’s go-fast division, of course! But not anymore. See, it’s been spun off as a standalone brand that sells EVs with a performance bent.

While the Polestar 1 coupe sadly won’t make its way to Australia due to a lack of right-hand-drive production, the Polestar 2 sedan is a goer from the fourth quarter next year.

Shaping up as a rival to Tesla’s popular Model 3, the Polestar 2 will have a huge weight on its proverbial shoulders as both an EV and a brand-builder.

You know things are getting serious when Porsche gets involved. Plug-in hybrids have been part of its line-up for years now, but the time has finally arrived for its all-electric model, the Taycan sedan.

The Mission E concept whet the appetite many moons ago, but the Taycan is the real deal, showing that EVs can be both good for the environment and fun to drive.

With the Tesla Model S firmly in sight, the Taycan will launch in the fourth quarter next year with three flavours: 4S, Turbo, Turbo S. Yes, Porsche is sticking with the nomenclature we know and love despite the lack of an internal-combustion engine.

Want to know what other new models are getting released in 2020? Check out our coverage below.