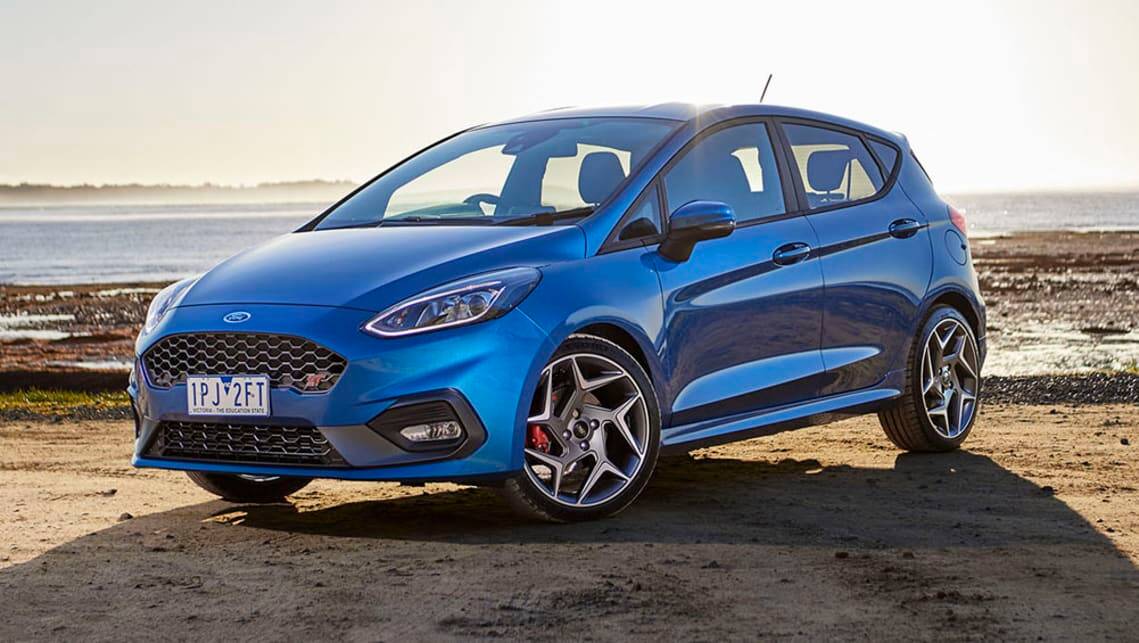 When it comes to hot hatches the heroes are the big boys – Volkswagen Golf GTI, Ford Focus ST and Hyundai i30 N – but the smaller siblings are trying to catch up.

This year will see the arrival of three new compact hot hatches that will boast the kind of performance we used to expect in bigger models.

Interestingly, they come at a time when several brands have cut back on their city car offerings as customers switch to SUVs – and the margins for such cars becomes too thin.

Here’s what you can expect in 2020 and beyond in the baby hot hatch battle as they muscle up.

The Fiesta was once a staple of the Ford line-up and entry-point to the range. No more, the only Fiesta headed our way will be the ST. It will be more grown up than before, literally as it’s now a five-door model (instead of the former three-door).

Under the bonnet will be a punchy 1.5-litre turbo-petrol three-cylinder engine, pushing out 147kW of power and 290Nm of torque. It will be paired exclusively with a six-speed manual transmission and fitted with a mechanical limited-slip differential.

The catch is the price, the new Fiesta ST will be $31,990 plus on-road costs, which is big bucks for a small car, even one likely to pack a serious punch.

The upcoming i20 N has been putting work in at the Nurburgring.

While Hyundai hasn’t officially confirmed the arrival of the i20 N, executives have repeatedly hinted it’s on the cards. Like Ford, Hyundai isn’t interested in the regular i20 range, citing its European production as making it too expensive to be competitive.

The i20 N, on the other hand, holds plenty of appeal as the company looks to expand its N Performance range beyond the i30 and i30 Fastback. It hasn’t been officially unveiled, yet we’ve already seen spy photos of it testing in Europe and have some intel on what to expect.

Motivation will come from a turbocharged 1.6-litre four-cylinder engine making approximately 150kW and paired to a six-speed manual gearbox.

While you can also expect upgraded suspension, bigger wheels and more powerful brakes, it’s unclear if it will get the clever electronically-controlled limited slip differential from the i30 N.

The Toyota Yaris GR is the smallest member of 200kW club.

This could be a game-changer for Toyota – the Japanese giants long-awaited entry into the hot hatch market.

Instead of starting with its Corolla small car (to compete directly with the Golf, Focus and i30) Toyota has opted to go with the pint-sized Yaris. That’s because the Yaris GR is a homologation special, designed to allow Toyota to use this very different version of the new city car as the foundation for its WRC entry.

As such, it uses a unique three-door body, complete with a lower roofline and lid made from carbon-fibre. It also features a wider track and all-wheel drive for rally car handling and a highly tuned 1.6-litre three-cylinder turbo engine making 200kW.

Toyota Australia has discussed price yet, but reports from overseas suggest despite its diminutive size, it could be priced on par or even above its bigger competition.

The Volkswagen Polo GTI is the current benchmark for baby hot hatches.

The current Polo GTI has been on sale since 2018, but no baby hot hatch list is complete without it.

It arguably led the way for the others in this segment, with Volkswagen’s decision to install the same 2.0-litre four-cylinder turbo previously found in the Golf GTI into this red-hot city car. It makes 147kW and 320Nm which is a step above what we had come to expect from such small hot hatches. It also gets a six-speed dual-clutch transmission taken from the Golf.

When you factor in the expanding size of the Polo plus the added performance of the new powertrain, it was little wonder the price climbed to $31,990 plus on-road costs.

The French are famous for hot hatches, particularly small ones (think Peugeot 205 GTi), but despite 2019 bringing a new Peugeot 208 and Renault Clio, there are some major changes likely for the performance spin-offs.

Ever-stricter emissions standards in Europe are putting the pinch on internal-combustion engines and both French brands are looking to the future of hot hatches.

This is why the next -generation 208 GTi may be replaced by an electric version, and the Clio RS replaced entirely by a sportier version of the Zoe EV.

While certainly a break from tradition, an electric hot hatch has the potential to be very quick but likely very expensive, and just another evolution in the growth of baby hot hatches.