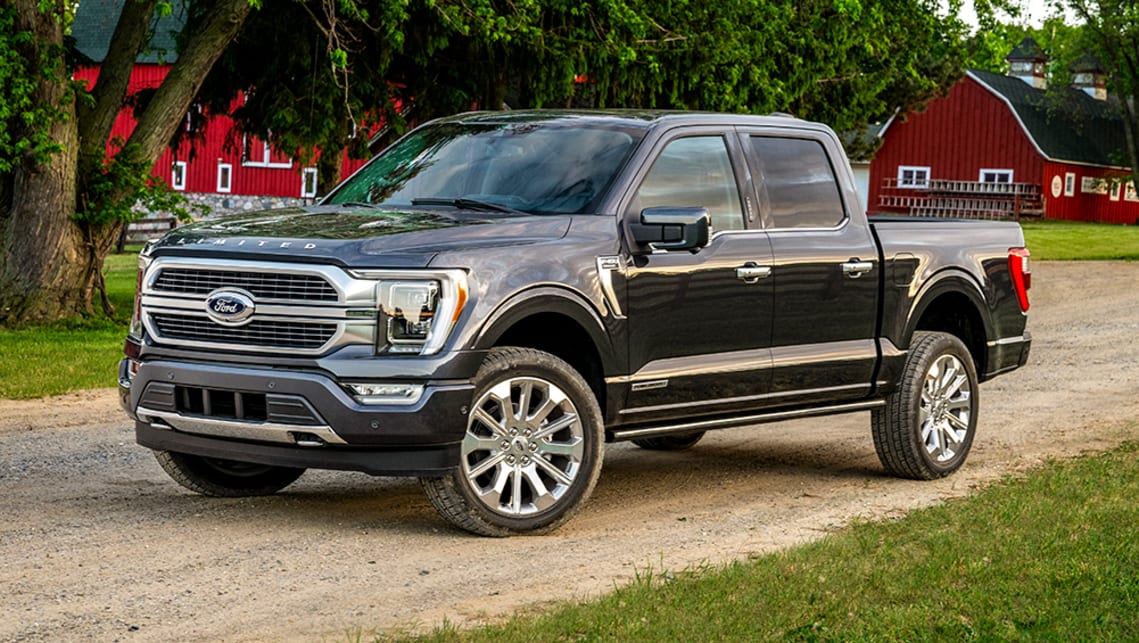 Ford has revealed the 14th generation of the best-selling new vehicle in the US, the F-150 full-size pick-up.

What’s changed? Check out the new aluminium body panels (including the power-dome bonnet), the C-shaped LED signatures front and rear, and the wider tracks. There are also now 11 different grilles (with active air shutters) to choose from.

Around the side, hands-free power-operated full-length running boards have been added, while the rear end’s tailgate now has a built-in workstation with integrated rulers and pencil, device and cup holders.

The interior now optionally features a similar set-up, with the central storage bin lid splitting in two, with one section folding forward alongside the gear selector to create a flat surface, perfect for using a 15.0-inch notebook or eating food when parked, according to Ford.

A 12.0-inch touchscreen Sync4 multimedia system with natural voice control and wireless Apple CarPlay and Android Auto support, a 12.0-inch digital instrument cluster and near-180-degree reclining seats have also been introduced inside, where the cabin is all-new.

Over-the-air updates for the multimedia system are also supported via WiFi and 4G mobile data and can introduce new features over the time, similar to what Tesla does.

Six engines will be on offer, including a Powerboost full-hybrid option that’s expected to have more power and torque than any other full-size pick-up, plus a braked towing capacity of at least 5443kg (12,000lb) and an onboard power generator with up to 7.2kW of power.

Expected fuel consumption on the combined-cycle test (EPA) is about 10.3 litres per 100 kilometres.

The new Raptor flagship and all-electric versions of the new F-150 are yet to be revealed, so stay tuned for details on them and a full breakdown for the wider range.

So, will the new F-150 come to Australia to take on the locally remanufactured Ram 1500 and Chevrolet Silverado 1500? Ford has repeatedly told CarsGuide over the years it wants to make it happen via right-hand-drive production ex-factory, so keep those fingers crossed.