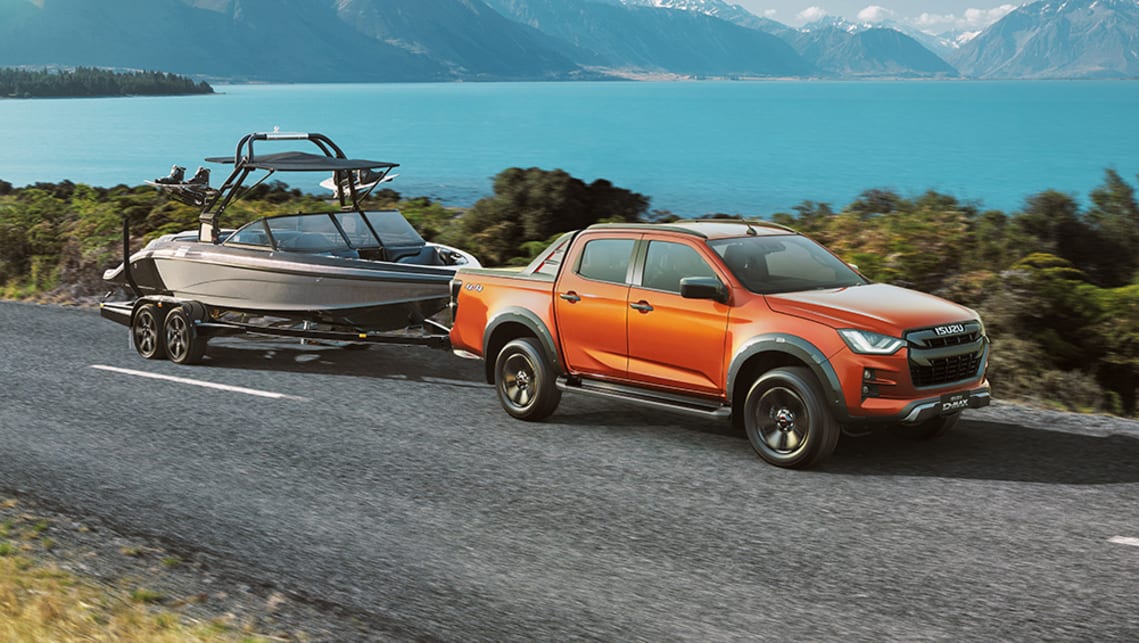 Isuzu has taken on board Australian consumer feedback in developing its all-new D-Max ute launching next month, hoping to address some shortcomings and criticisms of the outgoing model.

After six years in development, three areas – namely safety, in-cabin technology and performance – were addressed to better appeal to the evolving tastes of ute consumers, according to Isuzu Ute Australia.

Isuzu stressed the importance of local customers to journalists in a round table interview after the reveal of the new D-Max, with Australia the second-largest market outside of Thailand.

The new D-Max will also be the first ute on the market to offer a centre side airbag between the driver and front passenger, which is mandatory for a five-start ANCAP safety rating in 2020.

Dual-cab versions – or Crew Cab in Isuzu’s parlance – will also sport a solid top tether anchoring point rather than a fabric loop seen across other utes on the market after a change in Australian Design Rules last year.

Though the Isuzu D-Max is expected to score a maximum five-star ANCAP safety rating, crash testing has been delayed due to the Coronavirus pandemic.

Interior equipment as also been improved with a 7.0-inch multimedia screen fitted as standard on all models.

The unit is capable of wireless Apple CarPlay connectivity – the first ute to offer this feature in Australia – while Android users will need a USB cable to use the Auto service.

Higher end grades will feature a larger 9.0-inch multimedia touchscreen with built-in satellite navigation, while interior appointments have also been given the upmarket treatment with new finishes and soft-touch surfaces.

Finally, the 3.0-litre turbo-diesel engine has also been given an overhaul, now punching out 10kW/20Nm more than before at 140kW/450Nm.

However, it’s not just outputs that have been raised, but also levels of refinement, according to Isuzu.

The Japanese brand is claiming that the 3.0-litre diesel engine is now quieter than before, with less engine noise intrusion into the cabin, while the six-speed manual or automatic transmissions have also been calibrated for smoother shifting.

A unique requirement for Australia however, is our market’s towing needs, which was addressed in a suspension tune that takes into account driving with trailer, as well as laden and unladen trays.

The D-Max sports a payload capacity ranging from 970-1320kg depending on grade, while all versions boast a 3.5-ton braked towing capacity and trailer sway control.