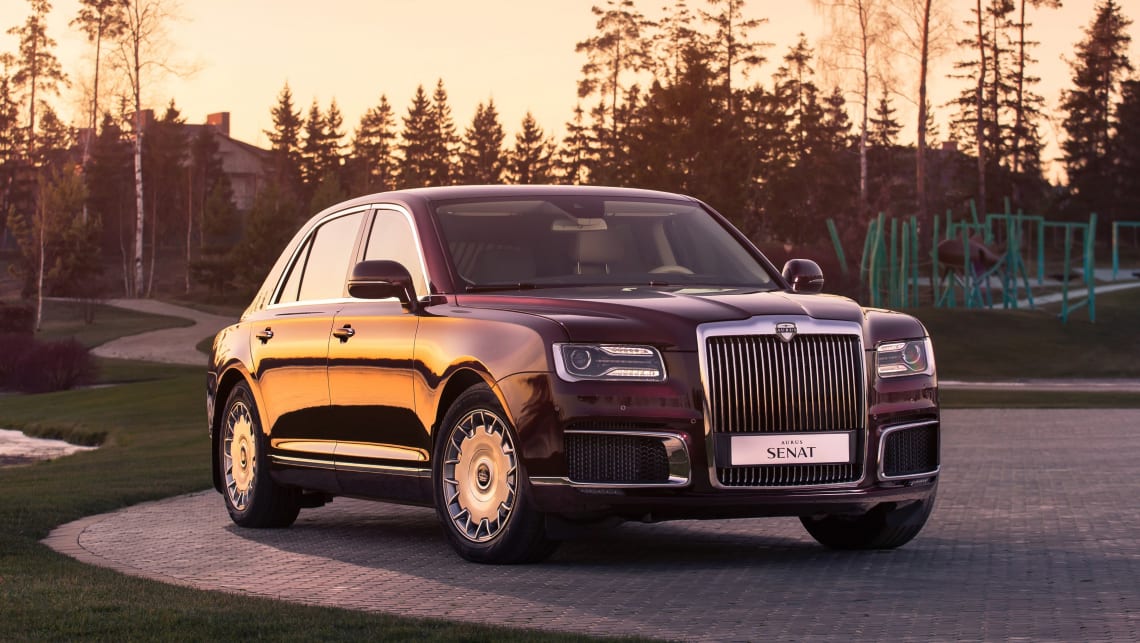 All-new Russian super luxury brand, Aurus, has launched its first showroom in Moscow, with its sights set on China next.

For the first time, you won’t have to be Vladimir Putin himself to put an order in for the brand’s first vehicle, the Aurus Senat limousine.

The Senat had been under development for many years as part of a Russian-government-sponsored project to help reduce the Russian economy’s reliance on imports. The brand is seen as a spiritual successor to the now-defunct Zavod Imeni Likachyova (ZiL) – a Moscow-local commercial vehicle manufacturer that built limousines for Russian government officials throughout the communist era.

The Russian government is said to have invested over AU$280 million in the Aurus project.

The Senat was fully debuted at Putin’s latest inauguration and now wears a price-tag of 18 million rubles (AU$403,750). It is powered by a 4.4-litre V8 engine able to make 441kW/880Nm, and mated to a nine-speed automatic transmission. It will apparently hit 100km/h from zero in six seconds.

The Senat has been built with expertise from Bosch and Porsche among others.

The engine was reportedly developed with significant input from Porsche, and the Senat has reached into the parts catalogue of Chrysler for those LED light fittings. It is built with assistance from Russian vehicle manufacturer, Sollers, which builds Ford vehicles for the Russian domestic market.

The brand’s local site offers the Senat sedan in both armoured an non-armoured versions, and it will soon make available an extended wheelbase version debuted at the Moscow motor show in 2018.

Other vehicles in Aurus’ state-backed pipeline include an SUV version of the Senat (dubbed the Komendant) and some sort of minivan.

Available in an armoured version, the Senat is primarily pitched at political leaders around the world.

The brand is not only targeting wealthy Russian punters and export government fleet markets, with the Russian government’s Industry and Trade Minister, Denis Manturov, telling Reuters at the Moscow launch that the brand expects to open a similar showroom in China in 2020 or 2021.

While no retail sales are expected in the first year of launch, the brand’s CEO told Automotive News Europe that he believes “the audience will be quite wide”.