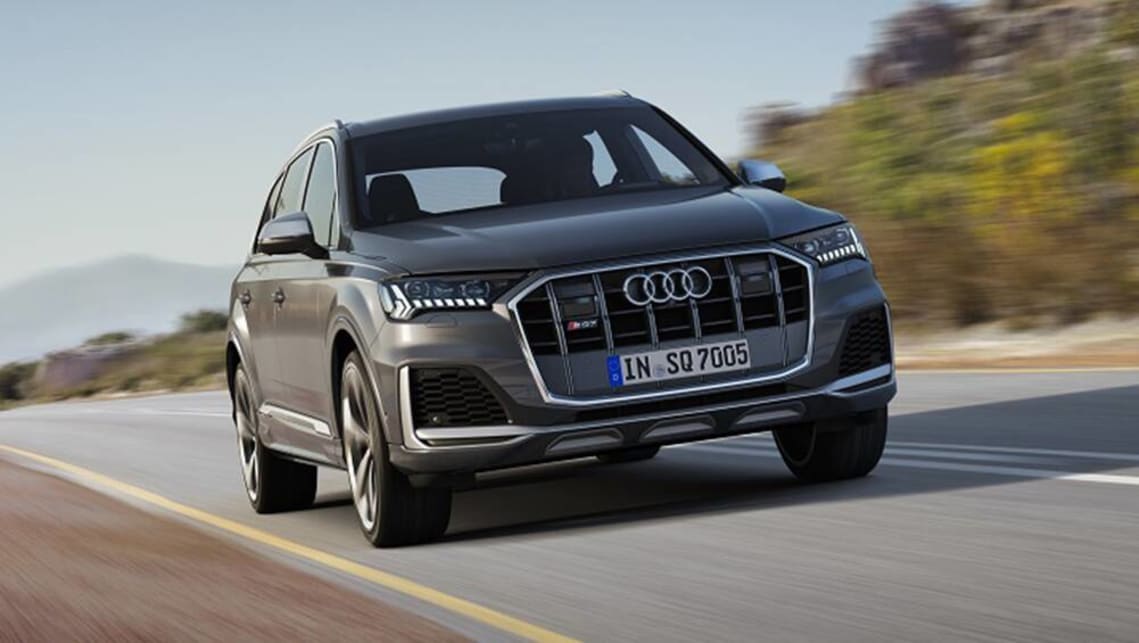 Audi has once again catered to individual market demands, this time developing separate versions of its SQ7 and SQ8 high-performance SUVs for Europe and North America.

The previously revealed TDI diesel variants set for Europe are due in Australia in the second half of this year, while the TFSI petrol versions just announced for North America will go on sale there around May.

CarsGuide has contacted Audi Australia to see if it will offer TFSI variants of the SQ7 and SQ8 alongside their already confirmed TDI counterparts.

Enthusiasts will likely be keen to see the TFSI versions reach our shores as they pack the thumping 4.0-litre twin-turbo V8 found in the RS6 Avant and RS7 Sportback, albeit detuned from 441kW/800Nm to 373kW/770Nm.

The SQ8 TFSI has some serious bite to back up its big bark.

Comparatively, the TDI variants are powered by a similarly sized bent eight with an extra turbocharger of sorts (an electric-powered compressor that provides more induction at low engine speeds). They develop 320kW/900Nm.

Predictably, the TFSI versions are quicker in a straight line, completing the 0-97km/h (0-60mph) sprint in 4.3 seconds. The TDI variants need half a second longer to reach 100km/h.

Either way, top speed is electronically limited to 250km/h, so there are no bragging rights on the Autobahn.

No matter what way you go, an eight-speed torque-converter automatic transmission is standard alongside Audi’s quattro all-wheel-drive system.