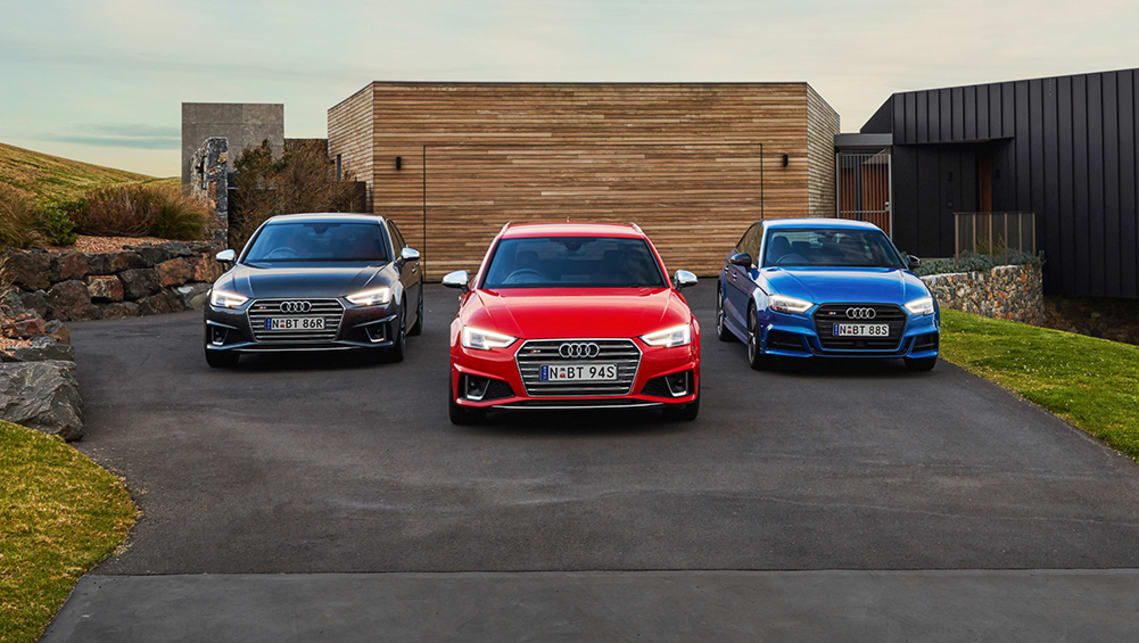 Audi Australia has upgraded its S3, S4 and S5 performance models with more standard equipment for 2020, two of which go without corresponding price rises.

The S3 remains available in three body styles, with the five-door Sportback hatch, four-door Sedan and two-door Cabriolet unchanged in price at $64,200, $65,800 and $73,400 plus on-road costs respectively despite gaining “nearly” $9000 of extra kit, according to the brand.

The S3’s suite of advanced driver-assist systems has also been expanded to include active lane-keep assist, adaptive cruise control with stop and go functionality, and high-beam assist.

With drive sent to all four wheels via Audi’s quattro system and a seven-speed dual-clutch automatic transmission, the S3 sprints from standstill to 100km/h in 4.8 seconds in its Sportback and sedan forms, while the Cabriolet is 0.5s adrift.

Both the S4 and S5 gain metallic paintwork, a Bang & Olufsen 3D surround-sound system and a head-up display.

Mated to an eight-speed torque-converter automatic transmission, the S4 sedan and S5 coupe and Sportback reach triple digits in 4.7s, while the former’s Avant and latter’s Cabriolet need 0.2s and 0.4s longer respectively.

“The Australian affinity for high-performance vehicles is stronger than ever,” said Audi Australia product planning and pricing director Shawn Ticehurst.

“We’ve used insights from our customers to create an even stronger S model line-up that highlights the sleek exterior of these vehicles while carrying through on that promise with beautiful interiors that are now packed with even more innovative technology.

“This is consistent with our recent SQ5 and TTS upgrades and signifies how serious we are about defining an even more successful territory for the Audi S model range.”

As reported, facelifted versions of the S4 and S5 are due Down Under in the second quarter of next year.