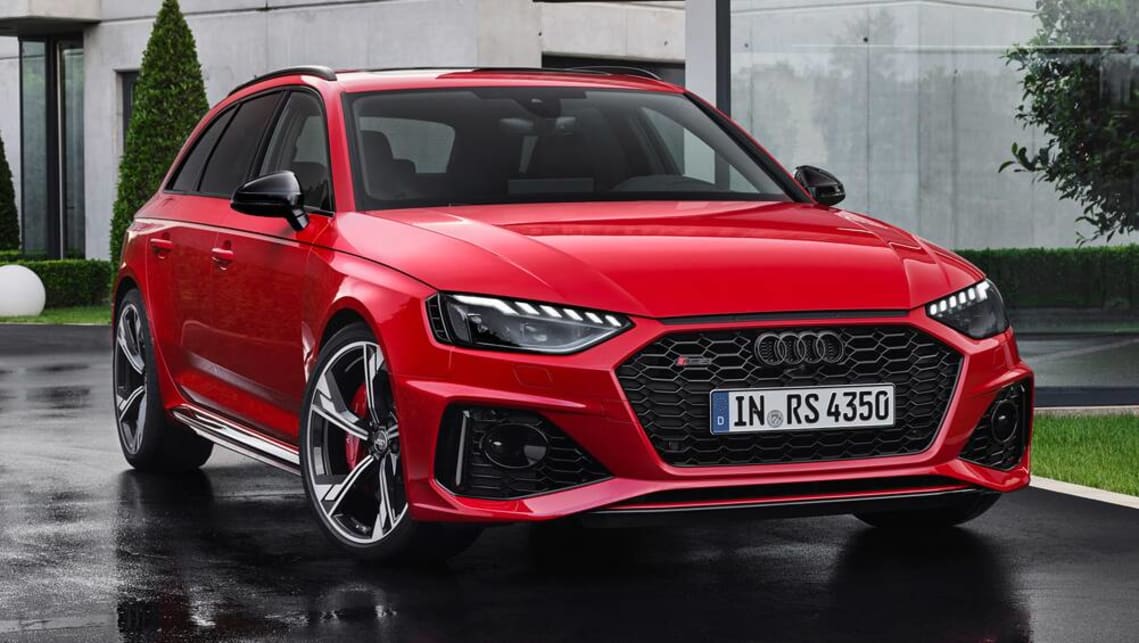 Audi’s refreshed RS4 Avant will land in Australian showrooms around the middle of next year with changes to exterior styling and the multimedia system.

Following the standard A4 line-up that was facelifted earlier this year, the RS4 Avant now wears a new front bumper, wider ‘Singleframe’ front grille and updated headlights – the latter upgradable with a matrix LED option.

However, the biggest change to the new RS4 Avant is found on the inside with Audi’s latest 10.1-inch MMI multimedia system, which forgoes the rotary control knob for a full touchscreen interface.

Titled towards the driver for better ergonomics, “the menu structure of the new operating system is tailored to the user’s expectations and aims for easy operation”, according to Audi.

The all-digital virtual cockpit instrumentation has also been updated and features bespoke RS menus and readouts.

Powering the new RS4 Avant is a carryover 2.9-litre twin-turbo V6 petrol engine, outputting 331kW of power and 600Nm of torque through an eight-speed automatic transmission.

Drive is sent to the road via Audi’s Quattro all-wheel-drive system, which enables a zero-to-100km/h dash in just 4.1 seconds.

As before, the RS4 Avant is equipped with adaptive suspension and steering, drive-mode selector, sports exhaust and beefed-up brakes.

Full pricing and specification will be revealed closer to the RS4 Avant’s local launch, but for reference the current version retails for $152,529 before on-road costs.