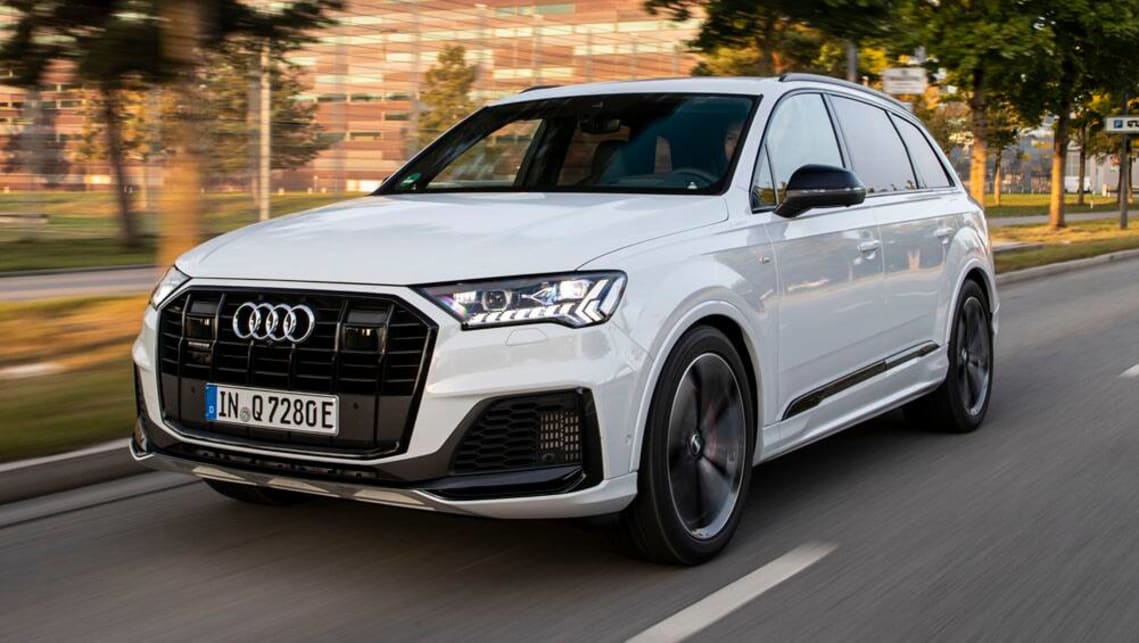 Audi has uncovered its updated Q7 TFSI e SUV, the successor to the e-tron variant that was on sale in Australia from 2018.

However, the new plug-in variant of the facelifted Q7 is uncertain for Australia, with CarsGuide awaiting Audi’s response on whether the eco-friendly large SUV will make it Down Under.

Audi Australia will roll-out its facelifted Q7 line-up in 2020, though exact timing is still unclear.

In overseas markets, the plug-in Q7 will be available in two grades, the 55 TFSI e and 60 TFSI e, both powered by a 3.0-litre turbocharged V6 diesel engine and permanently excited synchronous motor.

For reference, the Audi Q7 e-tron that was sold in Australia made 275kW/700Nm from a similar engine and electric motor combination, and could accelerate to the landmark triple digits in 6.2s.

The electric motor in the updated Q7 is housed within the eight-speed automatic transmission, which sends drive to all four wheels via Audi’s rear-biased quattro system.

A 17.3kWh battery – the same size as its predecessor – will enable 43 kilometres of emissions-free driving.

Fuel economy in both grades are pegged at 2.8-3.0 litres per 100km, while three different drivetrain modes – Hybrid, Auto and Hold – can vary the characteristics of the electric motor.