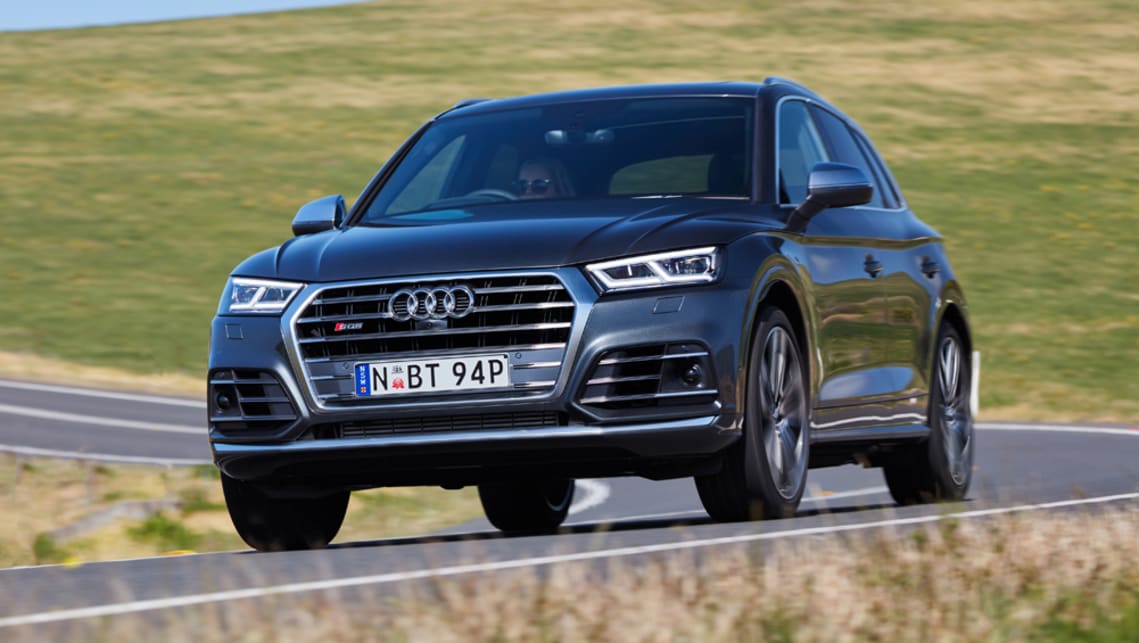 Audi has refreshed its Q5 mid-size luxury SUV for the 2020, boosting standard equipment while keeping pricing static across the line-up.

Kicking off at $65,900 before on-road costs and $66,900 for the 40 TDI and 45 TFSI ‘design’ grades, the base diesel and petrol Q5s are now equipped with 19-inch two-tone alloy wheels, lane-keep assist and high-beam assist as standard, while the multimedia system has also been upgraded to include navigation plus and MMI touch support.

Stepping up to the sport ‘trim’ will set buyers back $71,600, $73,500 and $84,700 for the 40 TDI, 45 TFSI and 50 TDI respectively, while added standard equipment includes a panoramic glass sunroof, surround-view monitor, auto-dimming side mirrors and heated front seats.

As before, the flagship of the Q5 range is the $99,900 SQ5 TFSI, which adds metallic paint, panoramic sunroof, Bang & Olufsen sound system, head-up display and increased front-seat adjustment.

The base model Q5 is now equipped with a multimedia system that features navigation plus and MMI touch support.

Both 40 TDI and 45 TFSI Q5s send drive to all four wheels via seven-speed dual-clutch automatic transmission.

Meanwhile, the 50 TDI and SQ5 are both fitted with 3.0-litre turbocharged V6 engines, in diesel and petrol forms respectively, which output 210kW/620Nm and 260kW/500Nm to all four wheels via an eight-speed torque convertor automatic transmission.

Audi product planning boss Shawn Ticehurst said the updates to the Q5 line-up are a result of customer feedback.

“We’ve listened to the priorities of our customers,” he said. “We had an opportunity to further improve the Q5 and SQ5 as a package, and so we looked at their priorities to help shape how we achieved that.

“We think owners will be delighted with our new offer – the Audi Q5 and SQ5 have never been stronger.”

Audi’s Q5 competes directly against other mid-size premium SUVs such a the Mercedes-Benz GLC which was recently refreshed with a plug-in powertrain, the BMW X3 that now has a full-fat M-tuned flagship, the Alfa Romeo Stelvio and the Volvo XC60.