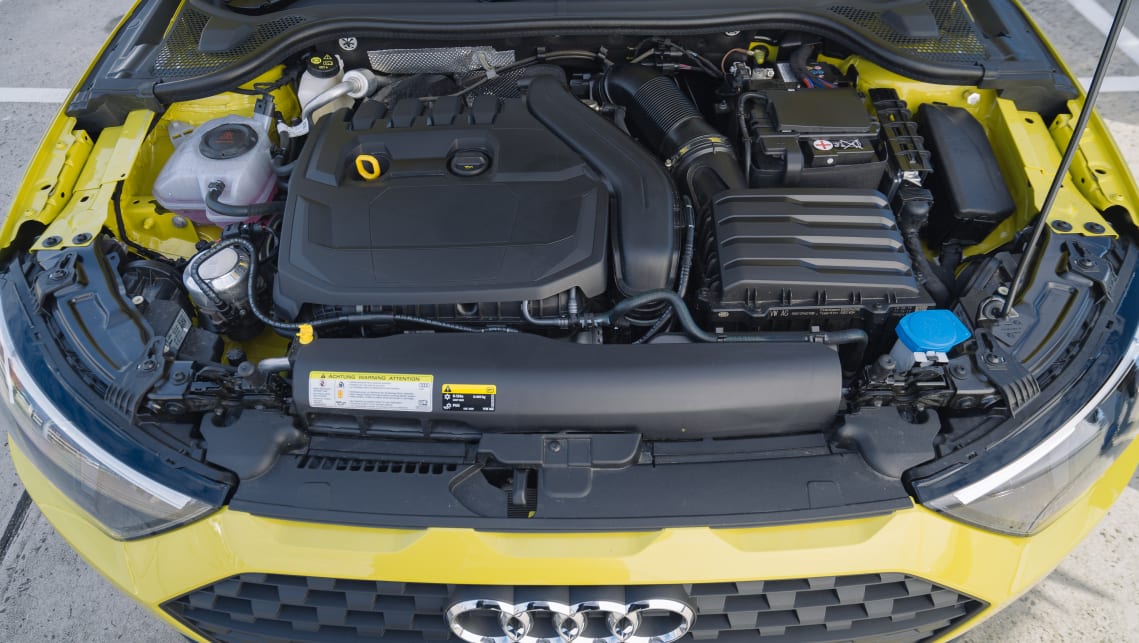 Audi on petrol particulate filters in Australia: ‘We think there’s a way’

Audi’s new A1 hatchback launches with the brand’s new 1.5-litre engine, but it’s not quite the same as its European equivalent.

Notably, the new 1.5-litre unit (which is designed to replace the 1.4-litre engine that appears in the new Q3 SUV) is missing its petrol particulate filter (PPF) that is part of the engine’s list of improvements over its predecessor in Europe.

This is necessary because of lax fuel standards in Australia that allow for a much higher sulphur content, a potential hazard for the emissions-reducing particulate filters which are becoming an integral feature of engines designed to comply with increasingly strict European regulations.

Australia’s fuel can contain up to 150 parts per million (ppm) of sulphur compared to Europe’s much tighter tolerance of just 10ppm.

When quizzed on the future of Audi’s drivetrain technology for Australian consumers, the brand’s director of product planning, Shawn Ticehurst, said that the biggest concern is that the Australian division could lose access to certain engines.

“The main concern is that this would limit engine choice for consumers” he said.

Mr Ticehurst’s comments are echoed by VW’s Spokesperson, Paul Pottinger, who said earlier this year that Australians might miss out on “the most efficient petrol engines and hybrids” that the VW group offers.

Audi is working hard behind the scenes to make newer engines available to high-sulphur content markets, however.

“We think there’s a way [to offer PPFs]” Mr Ticehurst said without elaborating on how the brand can technically overcome the challenge. He expressed confidence that PPF-equipped Audis would be available to our market before long.

When asked if it was even worth offering a PPF in a market where there was clearly no demand or regulation requiring it, Mr Ticehurst simple answered: “Why not? These drivetrains are more modern and better for the environment, so why not offer them if we can?”

Volkswagen and Audi are not the only manufacturers struggling to reconcile their new emissions-reducing engine ranges, with Jaguar Land Rover’s representatives going so far as to accuse Australia of becoming an “automotive third-world country” last year.

JLR is unable to offer its mild-hybrid powertrains due to Australia’s poor-quality fuels.

Peugeot, meanwhile, has beaten the Germans and the Brits to the punch, shipping its Peugeot 308 GT and new 508 sedan or wagon with the same 1.6-litre petrol-particulate filter-equipped engine. The French brand says its system is more “robust” with a higher tolerence for sulphur.

While European manufacturers are going to lengths to provide Australian consumers access to these drivetrains, they might not be keenly welcomed in Australia after a series of issues affected some of the most popular diesel particulate filter (DPF) equipped vehicles sold here. These notably included the Toyota HiLux and Prado.

The DPF would not operate as designed, becoming blocked in some cases by the build-up of diesel particulates. Some consumers claim that this has led to higher fuel consumption and excessive wear and tear on the engines of affected vehicles.

Toyota says it has overcome this issue by the introduction of a manual burn-off system that indicates to the user when it needs to be triggered.