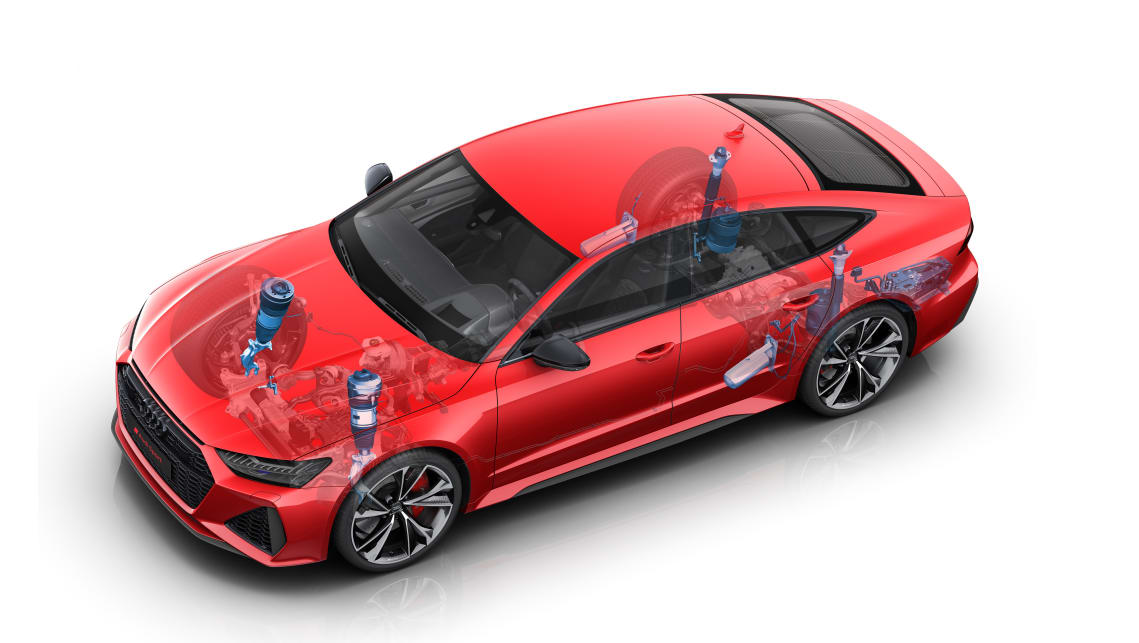 Audi has detailed the next generation of its chassis control and suspension technology at a tech briefing.

The technology uses a single computer to link the drivetrain elements with those of chassis control – including ride and suspension – with Audi planning to filter down the new technology from top-end models like the Q7 and A8 to the rest of its range.

As it stands, Audi uses one computer for engine control – commonly known as an ECU – and a separate unit for dynamic chassis elements. The new computer which will link both, and has been dubbed the Electronic Chassis Platform (ECP).

This computer will take inputs from most of the car’s systems – everything from driver inputs to wheel positions and even camera systems to make the ride and drivetrain more predictive, stable, dynamic and comfortable, according to the brand.

The new computer will work across drivetrains while linking chassis functions into one system.

The need for a single computer is due to latency, with platform technician Klaus Diepold telling media that “all systems need to be in sync instantaneously” and the new computer grants “microsecond reactivity”. He said the new system will increase in computing power by “a factor of 10” over the seperate units it replaces.

As a result, Audi said its largest cars will feel more agile and comfortable, but without the driver being able to perceive which individual component is responsible.

This Electronic Chassis Platform will also be tied into the motors of future electrified vehicles to further increase the efficiency. While the new platform has not been released yet, similar technology used in the soon-to-arrive-in-Australia e-tron sees up to 220kW of energy able to be fed back into the battery using a dynamic computer which reduces the reliance on friction braking.

Future electric platforms will rely on new systems like this for gains in efficiency.

Audi also said the system can use cameras and radars from AEB systems to choose how to distribute brake force at any given time, while the technology is designed to be future-proofed for the move to electrification and is capable of supporting inputs across different powertrains including combustion, PHEV and fully electric models.

When will we see the first Audi vehicle with the new Electronic Chassis Platform computer? The brand wouldn’t say which model would receive it first, but said the tech is no longer in the project stage, and that we’ll see it soon on a production vehicle.

CarsGuide put the question to Audi’s tech panel whether the new technology could use software alone to make market-specific alterations to the ride of its vehicles, negating the need for local suspension tuning as seen in some rival automakers.

We were told by Audi’s suspension master, Carsten Jablonowski that “while the possibility is open to react to market demands using software, [Audi] won’t normally do so – with the new suspension, a specific setup for individual markets should not be required”.

“The feedback that we’re getting is that customers react to the feeling specific to a brand,” he said.

Audi’s all-electric e-tron, which will be equipped with some of the regenerative features mentioned, will arrive in Australia in September. The brand also recently touted the e-tron’s fast DC electric charging system, courtesy of a unique cooling and management system.