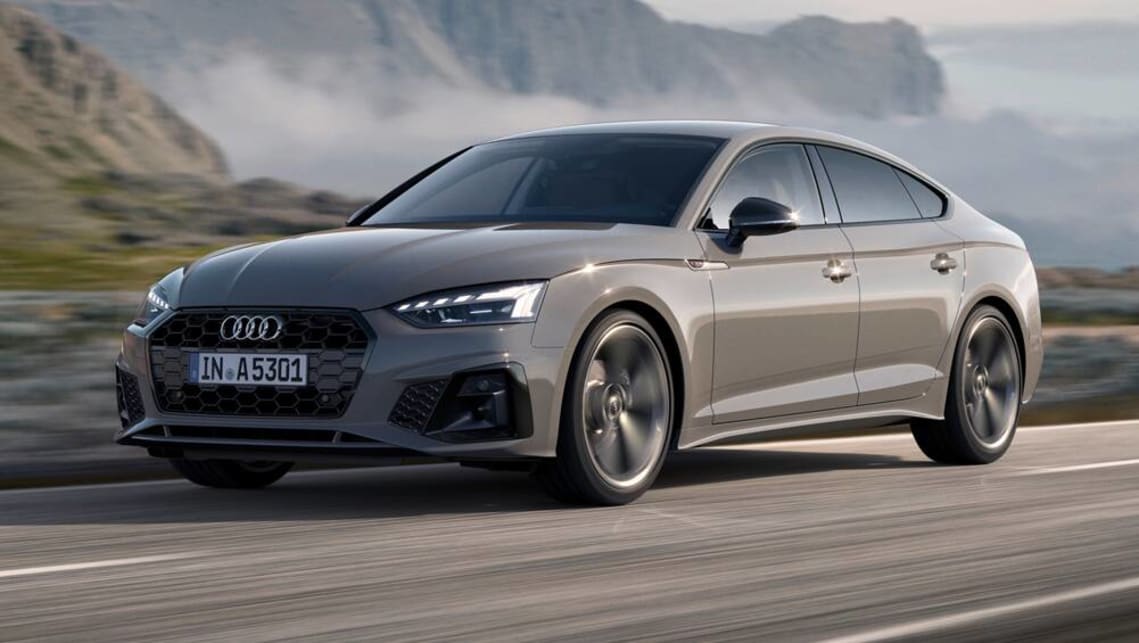 Audi has given its A5 Coupe, Sportback and Cabriolet range a mid-life refresh with new looks, updated in-cabin technology and mild-hybrid technology that will hit Australian shores in the second quarter next year.

Up front, the new Audi A5 now sports a wider and flatter ‘Singleframe’ grille, while the diffusers at both ends of have been tweaked for a sleeker look in the update.

In overseas versions, LED headlights are now standard across all Coupe, Sportback and Convertibles, although buyers will still have the option of upgrading to ‘Matrix’ LED units with laser light and dynamic turn signals.

Inside, the multimedia rotary control knob is ditched in favour of an all-touch 10.1-inch screen, which offers acoustic feedback and “a user experience similar to a contemporary smartphone”, according to Audi.

UK-spec A5s will gain the top-spec multimedia system as standard, which can also be controlled via voice commands, and features satellite navigation and subscription-based connected services.

Inside, the multimedia rotary control knob is ditched in favour of an all-touch 10.1-inch screen.

All overseas A5s now also gain Audi’s 12.3-inch all-digital virtual cockpit as standard, though Australian-spec cars are all already fitted with the while instrumentation screen. A head-up display is available as an option worldwide.

Mild-hybrid technology will also be available on the updated A5 – at least on four of the engines offered in Europe – that uses a belt alternator start connected to the crankshaft to recover energy during deceleration.

Four-cylinder variants will have a 12-volt system, while diesel S grades (which will not be offered in Australia) feature a 48-volt set-up.

Australian specification and pricing is still to be confirmed, but expect the A5 line-up to mirror the four petrol flavours available today, kicking off at $70,100 before on-road costs for the 40 TFSI in Coupe or Sportback form.

The 45 TFSI, S5 and full-fat RS5 grades are also available, though the latter is exclusive to the Coupe and Sportback body styles.

Mild-hybrid technology will be available on the updated A5.

As such, it is expected the 40 TFSI and 45 TFSI, which are powered by a 2.0-litre turbocharged petrol engine developing 140kW/320Nm and 185kW/370Nm respectively, will feature the 12-volt mild-hybrid system.