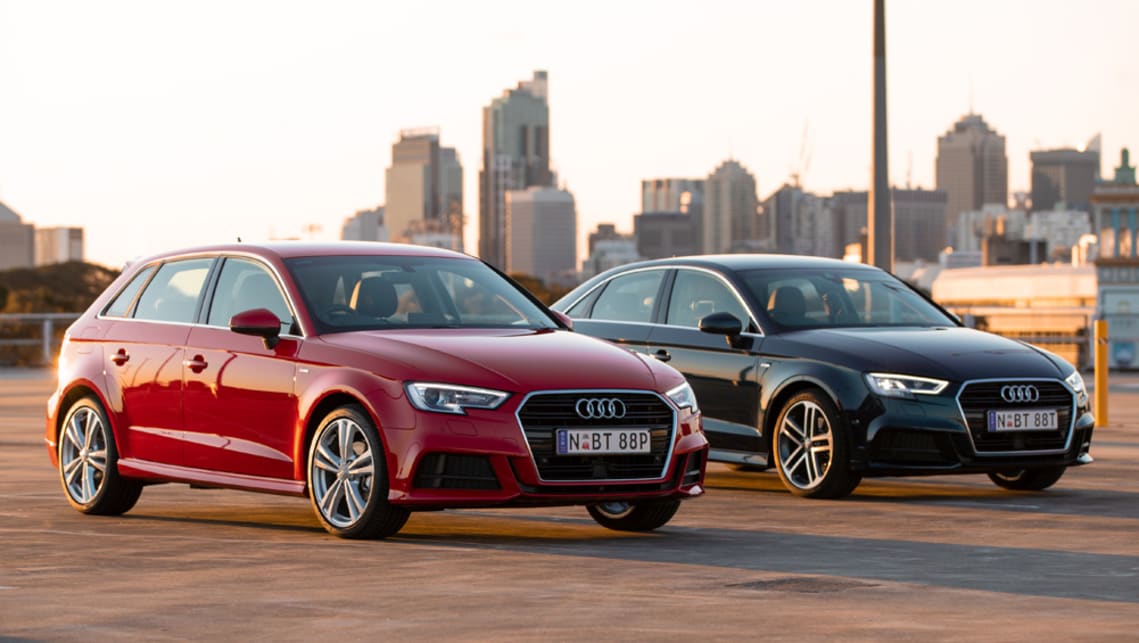 Audi’s A3 line-up has been slightly tweaked with added equipment and cost ahead of the new-generation version being possibly revealed before year’s end.

The base A3 30 TFSI S tronic has now been discontinued, which cost $36,600 before on-road costs, leaving the 35 TFSI S tronic-replacing 35 TFSI S line to open the premium small car range.

Kicking off at $43,300, the base five-door hatchback is now $2600 more expensive than its predecessor, but – as its name suggests – adds an S line exterior bodykit with 18-inch wheels as standard.

Inside, the new entry-level A3 sports Audi’s virtual cockpit digital instrumentation and MMI Navigation plus multimedia system as standard, as well as keyless entry.

The cheapest A3 is also equipped with autonomous emergency braking, reversing camera and blind-spot monitoring for no extra charge.

The A3 will continue to be offer as a hatchback, sedan and convertible.

As previously mentioned, the new A3 is expected to break cover soon after the reveal of the eighth-generation Volkswagen Golf, with both models sharing the same underpinnings.

With the VW Golf set for an October 24 reveal and late 2020 arrival in Australian showrooms, it will likely be early 2021 before the next Audi A3 lands Down Under.