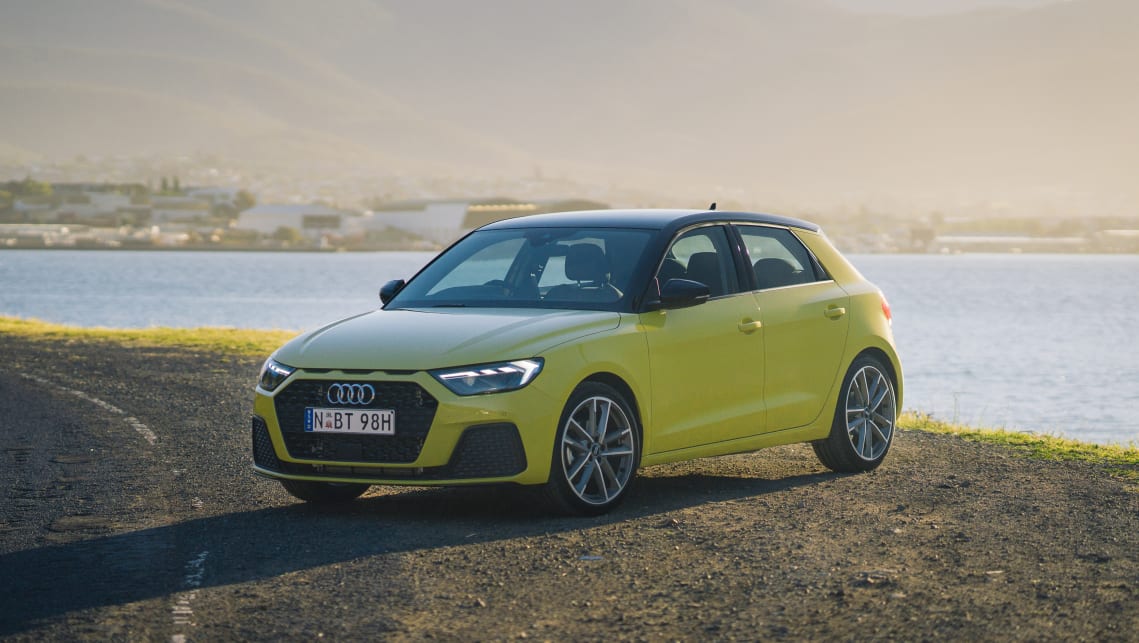 Audi’s second-generation A1 city hatch has finally arrived in Australia with a choice of three variants after being revealed over 12 months ago in June 2018.

The A1 also debuts a completely new styling language, doing away with the retro lines of the previous car to instead offer a sporty angular look. Its tech suite is significantly upgraded, with all cars offering up-to-date active safety features and the latest connectivity technology.

The three variant range kicks off with the 30 TFSI. Powered by a 1.0-litre three-cylinder turbo engine (85kW/200Nm) mated to a seven-speed dual-clutch automatic, the entry-level A1 is the most affordable vehicle in Audi’s range at $32,350 before on-road costs.

A manual version, available in Europe, will not be available in Australia. The 30TFSI has a claimed/combined fuel usage figure of 5.4L/100km.

Next up is the 35 TFSI ($35,290), which is powered by a new 1.5-litre four-cylinder turbo engine (110kW/250Nm) which is also mated to the same seven-speed transmission. This engine and transmission combination is available with a petrol particulate filter in Europe, but that feature has been removed for Australian-delivered vehicles. Our vehicles do arrive with Audi’s new cylinder-on-demand technology, which can switch off two of the four cylinders when the car is cruising.

The 35 TFSI is powered by a new 1.5-litre four-cylinder turbo engine.

The 30 and 35 TFSI can be had with the ‘Technik Package’ ($3200) which adds sat-nav, built-in internet connectivity, ‘Virtual Cockpit’ digital dash, an upgraded sound system, a ‘luggage compartment package’, and wireless CarPlay connectivity.

Other options include either ‘Style Package 1’ – including LED headlights, colour lighting package, heated, auto-folding wing mirrors, and 18-inch alloy wheels – or ‘Style Package 2’ – including the same items but with 17-inch wheels in a different design. Both style packages come at a cost of $2990.

Only the 40 TFSI can be equipped with the S Line packages. The exterior package, consisting of black air dams and spoilers comes standard, but the interior package ($1100 – currently the only way to get leather seats and a D-shaped steering wheel in the A1 range) is on the options list.

The top-spec 40 TFSI is also the only A1 that can be fitted with adaptive cruise control as part of the ‘Premium plus package’ ($2990).

Only the 40 TFSI can be equipped with the S Line packages.

The A1’s dimensions have grown significantly, now 56mm longer than its predecessor. This allows for a much larger cabin area, as well as a 335-litre boot, which is 65 litres more than the previous A1.

Standard safety features include auto emergency braking (AEB – with pedestrian and cyclist detection), lane-keep assist and lane-departure warning. At long last every A1 gets a reversing camera as well as front and rear parking sensors. There is no blind-spot monitoring (BSM) or rear cross traffic alert (RCTA) available in the A1 range.

The A1 is covered by a three-year unlimited kilometre warranty and capped-price service pricing is sold in either three- or five-year packages ($1480 – $1990) bundled in at the time of purchase.