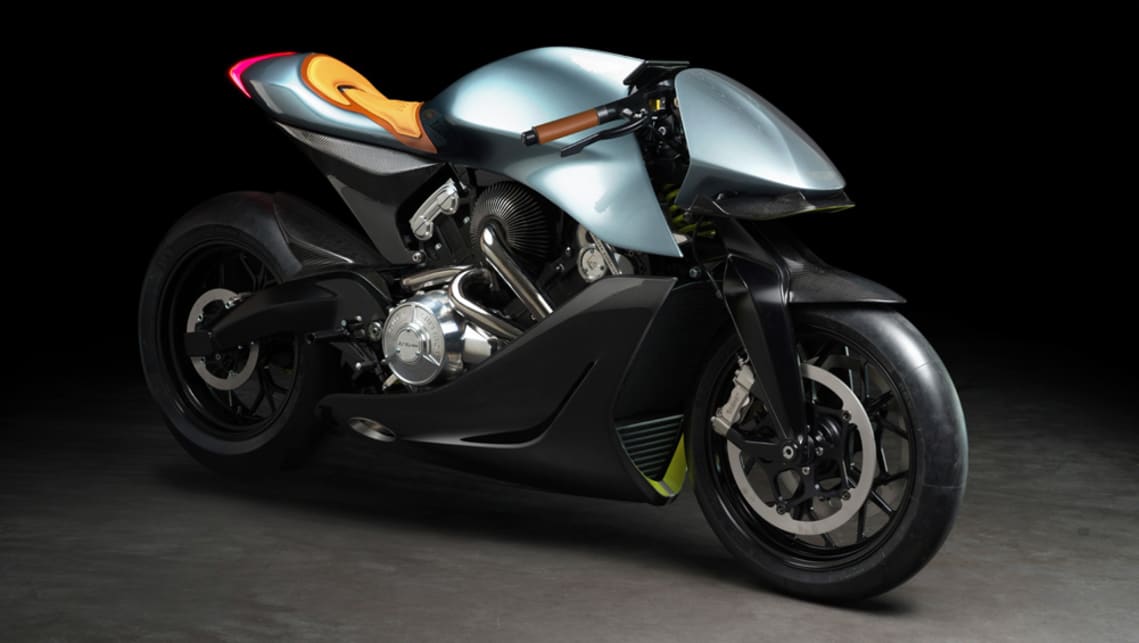 Is this the new king of motorbikes? The new Aston Martin AMB 001 superbike is more like a supercar with two wheels.

The motorcycle is a collaboration between Aston Martin and Brough Superior, and it will make production – the run will be limited to just 100 units globally, and it’ll come in at a huge price of 108,000 euro (AUD $173,600).

You get a lot of performance for that money, though, with the AMB 001 using a V-twin turbo engine producing 134kW (or 180 horsepower – aligning perfectly with its dry weight of 180kg). Aston Martin says the bike is “track-only”, though, so don’t expect to show up to the local cafe on it.

The sports bike is kept so light by extensive use of lightweight materials.

For a bit more context on its performance, the AMB 001 has a better power-to-weight ratio than just about any production car on the planet. Better than the fastest Ferrari or Lamborghini by some margin, at least, and its power output and weight put it level-pegging with the Koenigsegg One:1 “Megacar”, of which seven examples were made between 2014 and 2015.

The sports bike is kept so light by extensive use of lightweight materials such as a carbon-fibre fin that is designed to mimic the strake seen on AM cars, not to mention billet aluminium and titanium elements used throughout the machine.

It’s described by the brand as “a piece of automotive art for the motorbike connoisseur”, and as “the first product of a new partnership between the brands”.

Wonder if there’ll be a quad bike next time… or an Aston Cygnet scooter?!