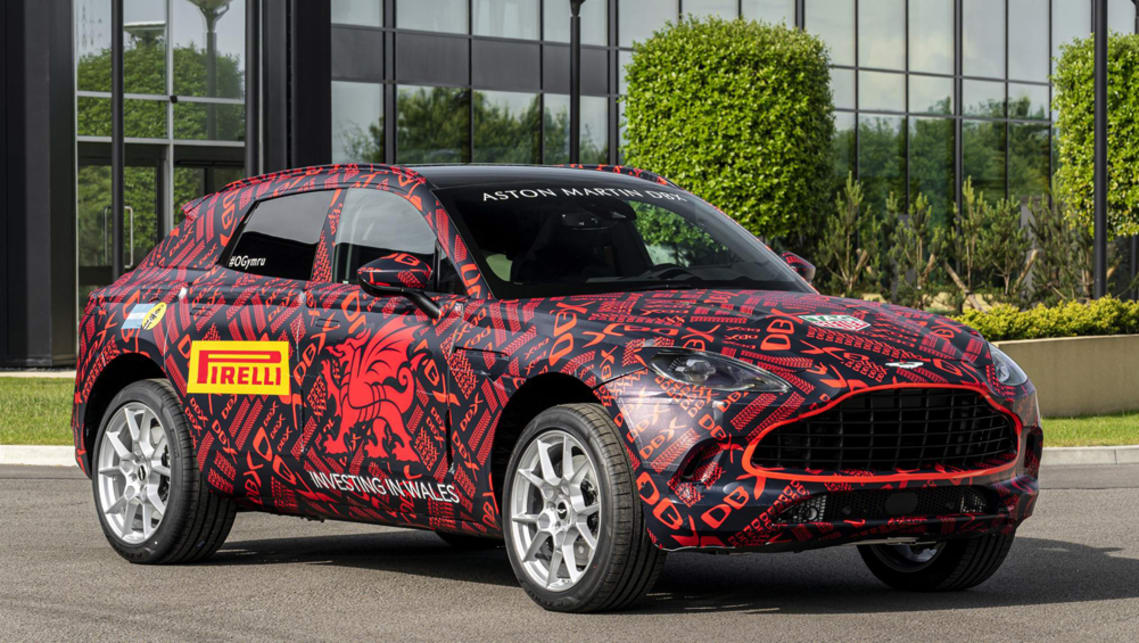 Aston Martin’s first ever SUV, the DBX, will hit Australian showrooms late next year priced from $357,000 before on-road costs.

Though the production version of the crucial DBX is yet to be revealed, it will be fully uncovered in Beijing on November 20, the premium British brand has shown off the high-rider’s opulent interior.

According to Aston Martin, the “DBX has been created to meet the needs of the 99th percentile male to the 5th percentile female; an incredibly broad set of requirements”.

The British brand spent six months refining the driver’s position, which features a clear view of the bonnet and in-car controls.

Paddle shifters can be glimpsed, but the traditional gear lever is ditched in favour of buttons set atop the touchscreen multimedia system.

In place of the gear lever is a Mercedes-Benz-style touchpad controller and palm rest.

Rear occupants also have access to their own climate control system.

Aston Martin has previously stated that it hopes the DBX will catch on with the luxury SUV craze, and hopes to triple its global sales with the new model.

The DBX will be built in a new facility in Wales, with the engine – a 4.0-litre twin-turbo petrol V8 –sourced from Mercedes-AMG.