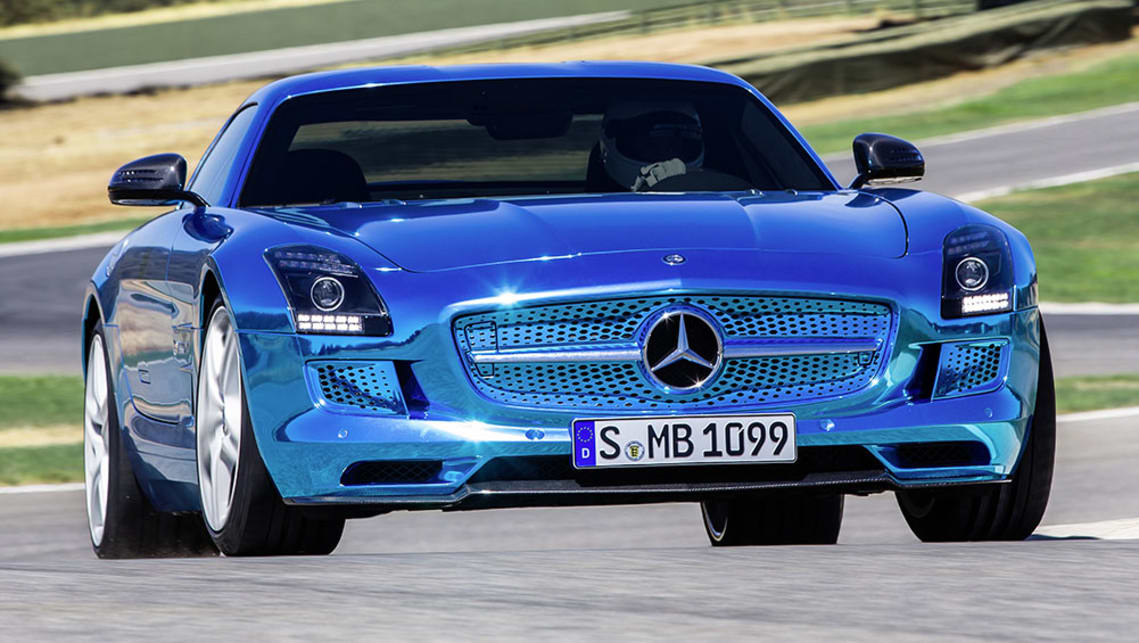 Two gears are better than one after all when it comes to electric vehicles, at least according to AMG global boss Tobias Moers.

Ever since Tesla failed to make a two-speed transmission work in the original Roadster in the late noughties, the EV world has unanimously evolved around the practice of using a direct drive or reduction gear to deliver power to the wheels, unlike conventional drivetrain vehicles which universally use multi-ratio transmissions in the name of performance and efficiency.

Given the intrinsic EV concerns surrounding range anxiety and top speed performance, it’s never made sense for electric vehicles to stick with simple direct drive in the long term.

It seems we’re about to reach that tipping point, with Mr Moers confirming with Australian media that the Mercedes performance brand will push this envelope with the expansion into electrified models announced by Mercedes-Benz global boss Ola Källenius at the Frankfurt motor show today.

“Otherwise you don’t meet our requirements. That may be different than other ones.”

Mr Moers highlighted the brand’s experience with the limited-build SLS Electric Drive from 2013, which featured a direct-drive transmission.

“We had our learnings out of that, and it’s really clear for us we need double speed, always double speed.”

This will even be true for the brand’s first electrified model, in the form of the GT 4-Door plug-in hybrid due by the end of 2020.

“And even the hybrid, we’re going to have next year is a two speed,” he added.

Mr Moers was unable to confirm if the same would apply for the production version of the just-revealed Mercedes-Benz Vision EQS pure-electric saloon concept expected for 2022, but it would make sense for the technology to be shared among brands.

Asked whether electric vehicles would benefit from more than two ratios, like the nine-speed transmissions used across much of the existing Mercedes passenger range and the six-speeds that represent the minimum among most manufacturers these days, Mr Moers suggested the range of electric motor specifications available might circumvent such a move.

“So it depends on the electric motor. Like Formule E (electric racing series), there are teams using one specific electric motor running one ratio. Just one gear set. Other teams are using  a different electric motor, they have the need for two or three gears. So it’s very diverse, regarding the behaviour of the electric motors. Radial flux, axial flux, it’s a little bit different than pistons moving up and down.”

There’s a historical irony to this return of the two-speed transmission. Many of the first automatic transmissions were two-speed units, with the General Motors Powerglide and Toyota Toyoglide being two notable examples. These were rued as much as they were celebrated at the time because of their relative lack of ratios compared with a conventional manual transmission.

This was for general road use though, with the Powerglide eventually becoming famous for its simplicity and strength in drag racing circles and continues to be commonly used today.

Clearly Mr Moers and his team have come to a similar realisation.