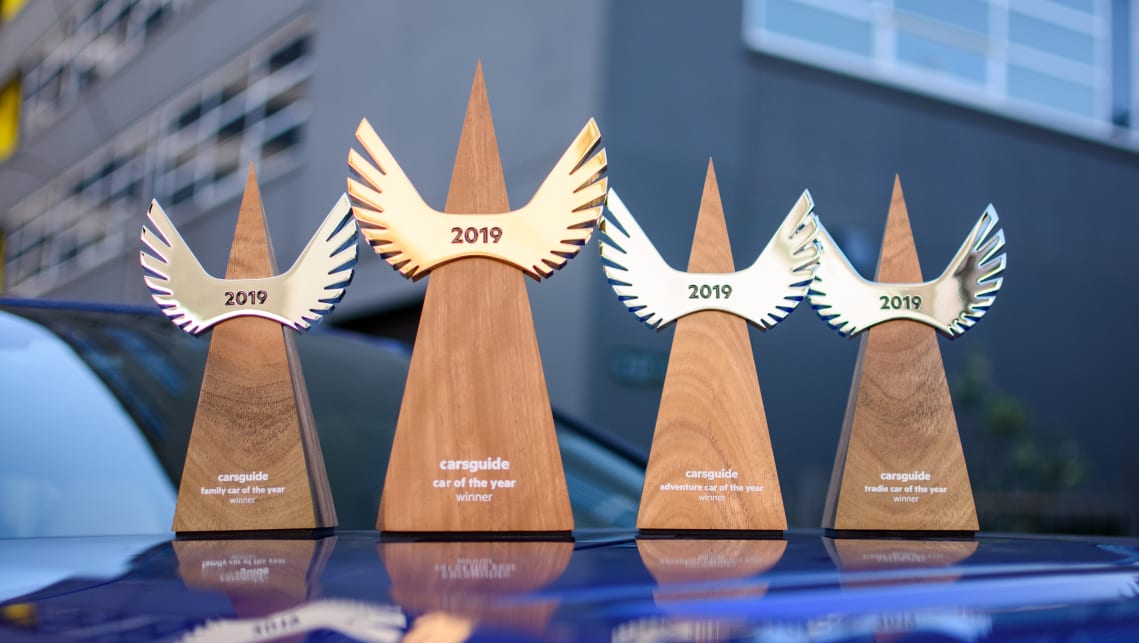 Australia’s best new cars are now one step closer to being announced, with judges finalising the Top 10 models for each 2019 CarsGuide Car of the Year award.

The four honours, comprised of the overall CarsGuide award, plus Family, Adventure and Tradie Car of the Year trophies are being refined according to the same consumer-focused criteria as CarsGuide’s published reviews.

These shortlists are the result of an exhaustive evaluation process. The overall winner will be one of more than 100 new or significantly updated cars, SUVs, utes and vans that have arrived in showrooms between September 1, 2018 and September 1, 2019.

Eligibility has been carefully crafted to suit CarsGuide’s mainstream buyer focus, with only ongoing models available for purchase with projected sales volume greater than 1000 units able to make the Top 10 lists.

Pure electric vehicles and new variants have been granted exemption from this sales volume criteria however, to allow such emerging technology and model range expansions to be judged on merit alone. The shortlisted vehicles must have also been available for testing by CarsGuide judges.

The Top 10 models in contention for CarsGuide Car of the Year have been determined by a panel comprised of our most senior journalists – Malcolm Flynn, James Cleary, Matt Campbell and Richard Berry – which considered all eligible models launched within the 12 month eligibility period.

CarsGuide Car of the Year shortlist (in alphabetical order)

The Top 10 models in contention for Family Car of the Year have been judged by consumer segment expert Nedahl Stelio with a focus on general family suitability. Therefore, eligibility focused on vehicles sized from small hatch upwards, including wagons, SUVs and people movers.

FamilyGuide Family Car of the Year shortlist (in alphabetical order)

AdventureGuide Editor Marcus Craft is responsible for the Adventure Car of the Year shortlist, with any SUV, van, ute or camper giving access to the great outdoors in the running.

AdventureGuide Adventure Car of the Year shortlist (in alphabetical order)

Tradie Car of the Year is the most focused of the four awards, with consumer segment expert Mark Oastler stress testing any ute, van or light truck’s workhorse abilities alongside suitability for day-to-day driving.

TradieGuide Tradie Car of the Year shortlist (in alphabetical order)

These shortlists will be further refined into award winners and finalists to be announced on Monday, September 23.

CarsGuide reaches more Australians than any other editorial automotive site, according to Nielsen* digital content ratings (monthly), with more than 1.3 million unique users per month.